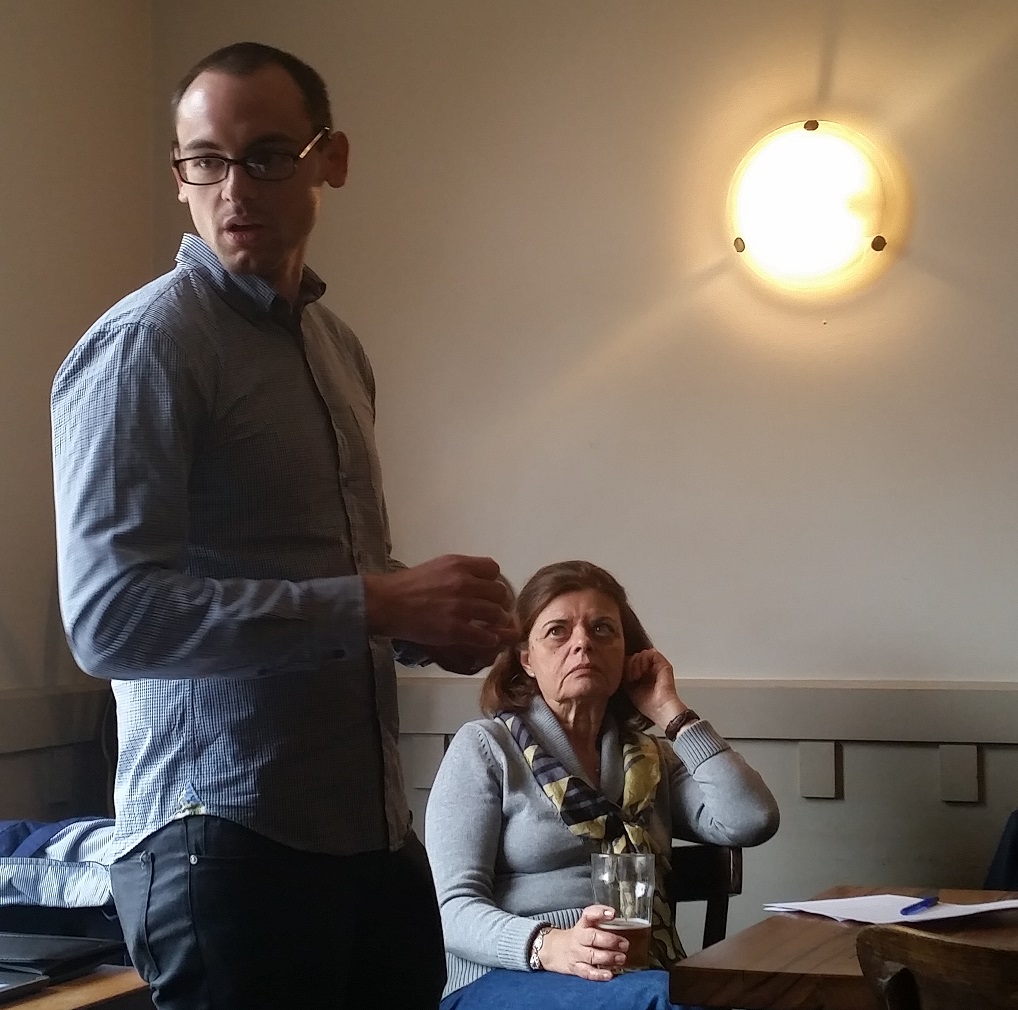 At its annual general meeting, held on 25 June, the Victorian Chapter of Democrats Abroad Australia elected a new chair to continue the fight for everyday working-class Americans in the Trump era. Election officer Phil Kowalski declared a unanimous vote in favor of Thomas Lopez among all ballots cast.

Originally from California, Thomas is a US Army veteran and has lived in Australia since 2015. Those not previously familiar with the new chair had ample opportunity to ask questions and discuss how to become more involved with DA as members remained at the venue for several hours post-election.

“I look forward to working with each and every one of you to turn the tide against Trump’s terrible policies and his disastrous vision for America,” Thomas said. “With some hard work and dedication, we can take back the House in 2018.”

With Trump’s continuing controversial statements, racist policies, and conflicts of interest, Thomas’ comments are in line with the DNC’s recently launched Resistance Summer organizing initiative. There was also meaningful discussion between chapter members on ideas for upcoming meetings, activities, and the need to continue reaching out to Americans living in Victoria and encouraging them to vote from abroad.

The chapter’s meeting also marked a meaningful farewell to Ersie Burke and Chris Stueckle, the outgoing leaders from Melbourne who previously served DA both locally and as national officers. Despite having contributed countless hours of work on behalf of DA Australia, Ersie and Chris vowed to remain politically active and to support Thomas when they can.

Democrats in Victoria were re-energized with motivation. Ersie confirmed her eagerness in hoping to see a renewal of political activism within the membership. “I'm so happy and relieved that someone as wonderful and enthusiastic as Thomas is the new Chair. He’s smart and savvy, a breath of fresh air. I know he’ll be an outstanding Chair,” she stated.

Thomas and the elected chairs from other Australian chapters will next join the national leadership as members of the executive committee. As Victoria’s sole representative to the executive committee, Thomas has stated that his priorities will include focusing efforts on getting members to exercise their right to vote in upcoming special elections, making preparations for the 2018 congressional mid-term elections, and working to make the Victorian chapter a place for all Democrats to come together and engage in sharing ideas.