A Conversation with Former Ambassador to Greece, Thomas Miller and Mrs. Bonnie Miller

Former Ambassador to Greece Thomas Miller and his wife Bonnie Miller, will meet with members and friends of Democrats Abroad Greece on Thursday, July 16th at 9 pm in an online webinar.

Ambassador and Mrs. Miller will discuss their time in Greece, the importance of the overseas voter to the outcome of the November 3rd election and US policy regarding crucial topics affecting Greece such as AOZ, energy and security issues.  Attendees will have the opportunity to pose questions to Ambassador Miller, to be answered following the presentation.

To participate in the Webinar “A Conversation with former Ambassador to Greece Thomas Miller and Mrs. Bonnie Miller,” please follow the link to register for the webinar, present your questions and receive a link to connect to the presentation.

The deadline to register is Tuesday, July 14th. 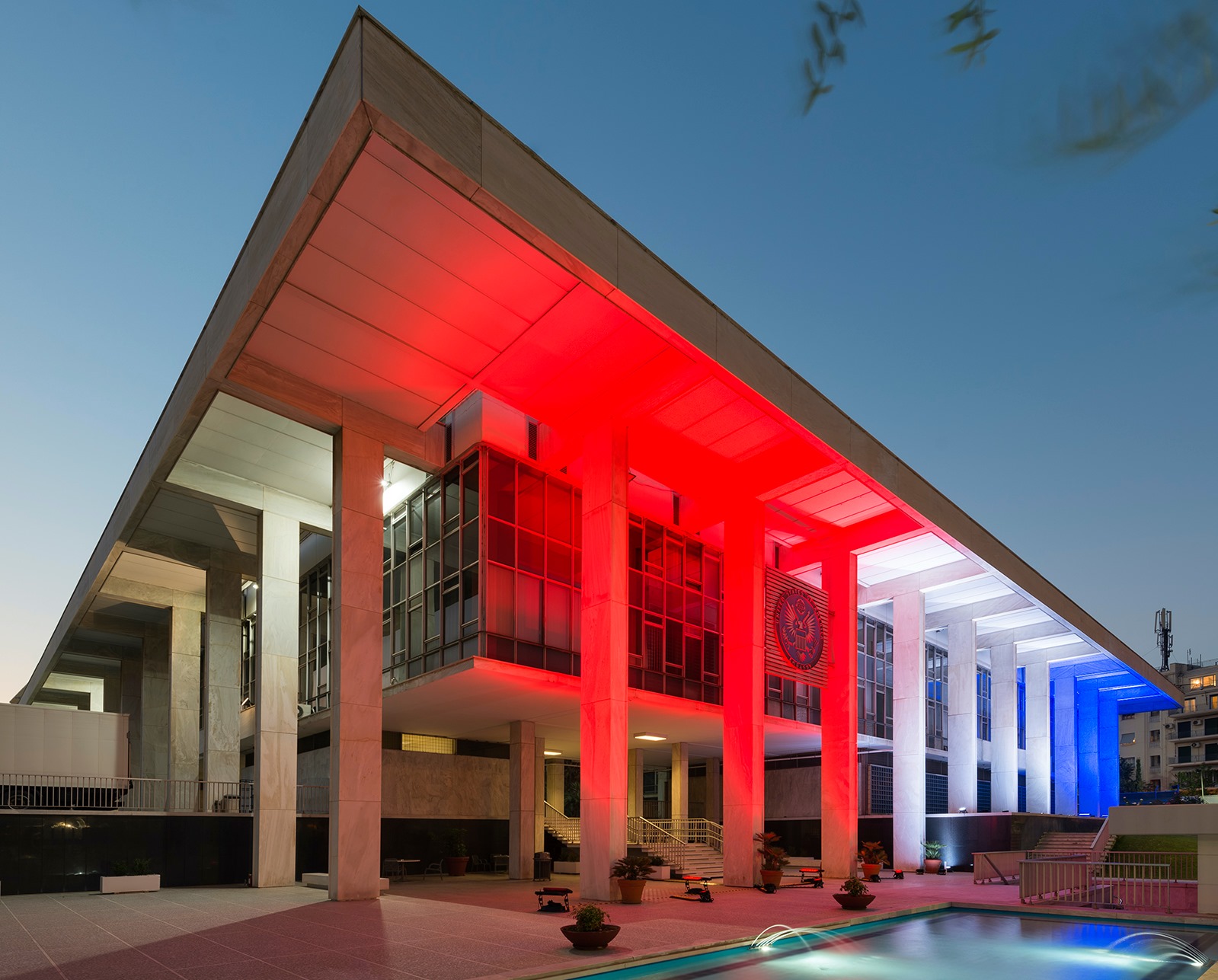 “We are excited to call on the Millers’ amazing political experience,” said Stacey Harris-Papaioannou, Chair of Democrats Abroad Greece. “Ambassador Miller is an expert on Greece and its region, able to highlight what is at stake for Greek Americans and Greece-based U.S. voters this November. U.S. Citizens have the right to vote in federal elections, no matter how long they have lived outside of US borders, and DAGR is here to help them do that,” she added.

Democrats Abroad Greece (DAGR) is the official Democratic Party arm for Americans living outside the United States. DAGR provides Americans in Greece with a Democratic voice in US government, electing Democratic candidates by mobilizing the overseas vote.

A 29-year career diplomat, Mr. Miller’s experience in the Foreign Service spanned many continents.  From 2001-04, he served as U.S. ambassador to Greece, where he focused on security concerns of the 2004 Olympic Games in Athens. From 1999-2001, as U.S. Ambassador to Bosnia-Herzegovina, he worked on helping the country recover after a devastating war.  From 1997-99, he was Special Coordinator for the Cyprus negotiations (rank of ambassador).  Miller also served two earlier terms in Greece: as Deputy Chief of Mission 1994-97 and Political Officer 1985-87. He was also posted to Thailand as well as the State Department in Washington, where he focused on North Africa, the Middle East, and counter-terrorism issues.

Miller is presently the Chair of the Board of the US subsidiary of Intralot, Inc., a corporation headquartered in Greece, that runs lotteries in 11 US states and the District of Columbia. From 2010 through 2018, Tom Miller served as President/CEO of International Executive Service Corps, a non-profit that provides expertise to developing countries to train in best business practices. A native of the Chicago area, Ambassador Miller holds five degrees, including a Ph.D., from the University of Michigan.

Bonnie Miller, 50 years in service to others

Bonnie Miller's professional experience spans five decades as a social worker, psychotherapist, educator, consultant, social activist, and trainer. She earned her B.A. in Psychology and M.S.W. in Social Work from the University of Michigan and has held teaching positions in Psychology and Social Work at universities throughout the world. As a psychotherapist (Licensed Clinical Social Worker) for 25 years, she counseled children and families with mental health and adjustment problems.

While living in Greece from 2001-04, Bonnie created parenting and educational manuals and videos (translated into Greek) and conducted training for educators. She also trained teachers from every school in Cyprus on learning and attention difficulties.

Bonnie’s fight against human trafficking in Greece included raising awareness of human trafficking among the public and government of Greece, helping to establish the first shelter for women victims of sex trafficking, and campaigning successfully for the passage of the first anti-trafficking law in Greece to provide for victims’ rights and psychological and medical services.

Mrs. Miller has extensive background in countries experiencing war, genocide, and oppression of minorities. In 2018, she conducted conflict resolution workshops for community facilitators working with Rohingya and other minorities in Myanmar. Living in Bosnia after their devastating war and traveling frequently to Kosovo following the ethnic conflict there, Bonnie was active in collaborating with NGOs to aid war-affected populations. She also created training materials and conducted workshops for Kurdish and Iraqi educators and social workers to help children who were suffering from war trauma. As a Fulbright Senior Specialist in Kyrgyzstan, Bonnie conducted workshops for mental health specialists who were aiding traumatized populations affected by ethnic violence.

In her current role as Senior Education Advisor at Columbia University's Program on Peacebuilding and Rights, Bonnie has trained trainers and professors in Myanmar, Sri Lanka, Macedonia, and Indonesia on conflict resolution and social harmony.

As a Red Cross Disaster Mental Health Responder, Bonnie currently provides support to people in crisis as well as members of the military and their families. In addition, she volunteers at a local shelter for homeless families.

Democrats Abroad Greece is part of a global organization

Democrats Abroad has 44 country committees throughout Europe, the Americas, the Middle East, Africa and Asia. These country committees keep Americans abroad informed of their rights and help them participate in the U.S. political process. Members live in more than 190 countries around the globe and vote in every state and Congressional district in the U.S.

Webinar with DAGR and Ambassador Miller and Mrs. Miller

To participate in the Webinar “A Conversation with former Ambassador to Greece Thomas Miller and his wife, Bonnie Miller,” please follow the link above to register for the webinar, present your questions and receive a link to connect to the presentation.