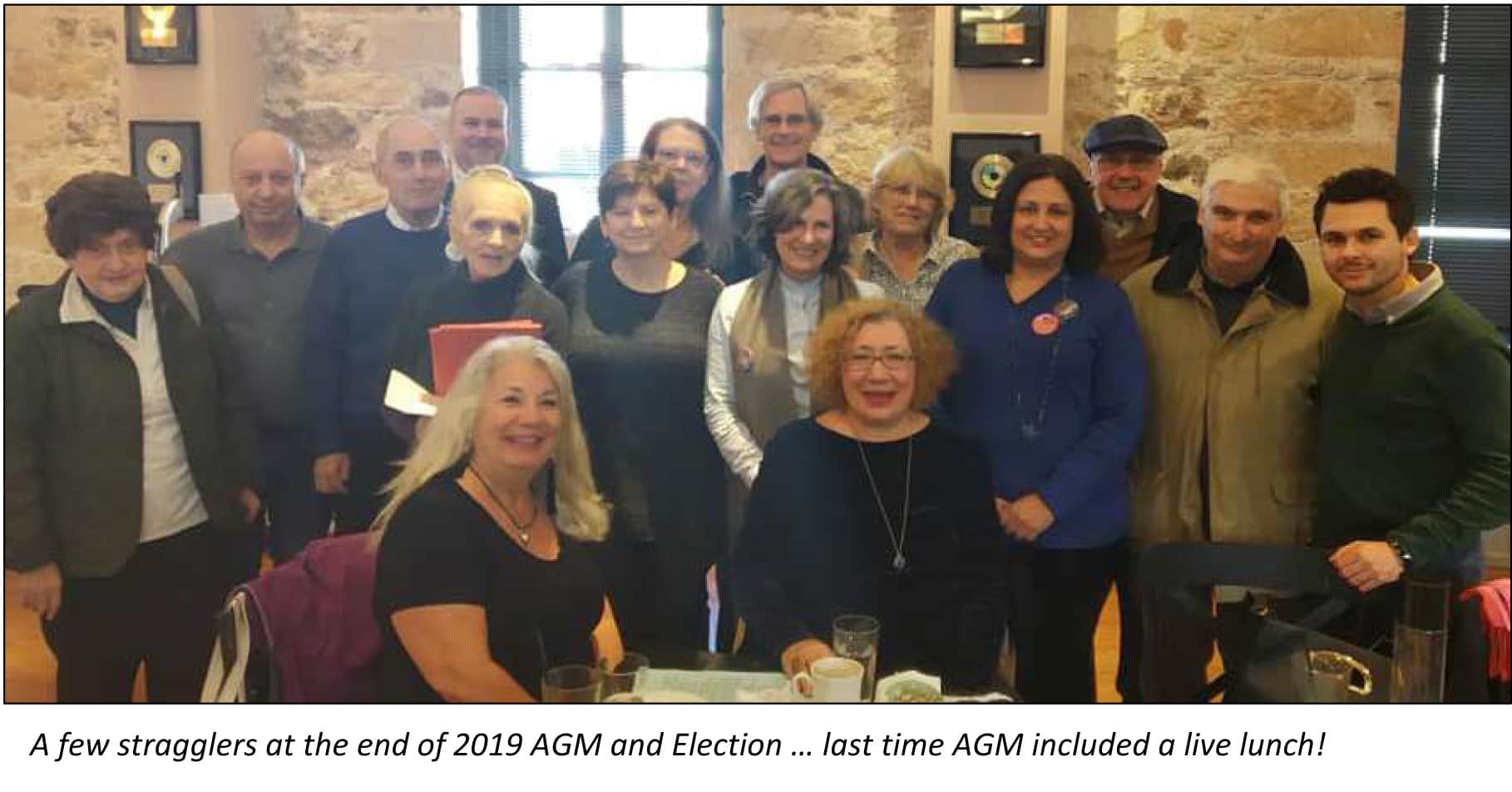 When Democrats Abroad Greece (DAGR) elected its board for the next two years on Jan 20, the Annual General Meeting (AGM) and Election Meeting, for the first time, due to ongoing lockdowns, were entirely ‘remote.’

The AGM preceded the Biden-Harris inauguration, which attendees were then able to watch together.

The DAGR officers, referred to informally as the ExCom, are listed at the right of the Greece home page, See All Leaders button. Standing committee and local caucus chairs are also there. There’s an email or other contact for each, and members are invited to be in touch!

For a closer look at the ExCom, the article just before this one has bios of everyone on the slate.

This year’s election was run by a three-member Nominations and Elections Committee (NEC), chaired again by Nikki Fellouris. Their work began in November 2020, with the call for nominations. It ended with conduct of the Election Meeting and counting of ballots.

The DAGR board currently comprises its Executive Committee, formally the Chair, Vice Chair, Treasurer, Secretary and Counsel. The Chair and Representative of each Chapter are also voting members, as are the two At-Large Representatives for members living outside chapter areas. At present, the full DAGR board has 11 members, with a quorum of six to conduct business.

DAGR by-laws provide for adding to the Country Committee (CC) board the chair and representative of any new chapter formed. Our bylaws also specify how new chapters may be formed. Since 2010, DAGR has had two chapters, one in Athens and one in Thessaloniki. Older, larger country committees, such as DA Germany, have chapters in each of their major cities.

Around the world, DA CCs set their own election dates, in the spring of odd-numbered years. Some happen in late spring, as long as new officers are in place before the global AGM. The Chair and Vice Chair of each CC – as well as ‘voting representatives’ in larger CCs – are the voting members of the global organization. So, they must be in place in order to conduct business at the global AGM.

DAGR’s by-laws, however, call for election of officers ‘by Jan 31.’ Greek banks ‘freeze’ organizations’ accounts in early January, while they process and verify documentation of new officers. So, in 2018, its registration as a non-profit entity and banking set up, DAGR set early elections to minimize its financial ‘down time.’

Regular members of DAGR are encouraged to attend any ExCom meeting, as well as global meetings. Both can be accessed online. Members can also suggest issues they would like ExCom to consider and, if need be, pass along to DA global and the DNC.

It all starts here. So, get acquainted with DAGR leaders. Use those contact links and let the  ExCom know what you think … and what you’d like to volunteer to help with.