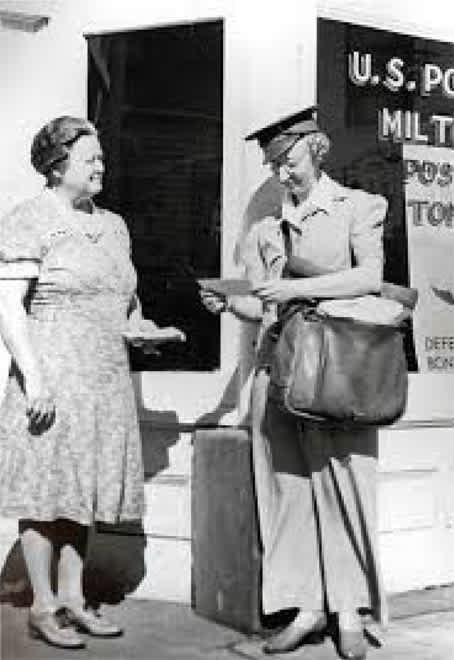 I could carry on, but what good does memory lane do us in the face of the crisis on our hands? I have done hours of research for this essay and spent days debating how to 'address' the dire straits we are in. The facts are bad. Seriously, bad. Every thread you follow backward for decades leads to a combination of insidious, malicious and greedy motives. First, let's briefly jump back to the beginning.

Back to the Beginning

The Post Office predates the Constitution. Benjamin Franklin served as the first Postmaster General under the Continental Congress in 1775. Then, the Constitution (which was ratified by the 9th state – making a quorum – in 1788) declares in Article 1, Section 8: “The Congress shall have power” and clause 7 says “To establish post offices and post roads;”.

They pick up the ball again in 1792 when the 2nd Congress in Session 1, Chapter 7, passes the “Postal Service Act.” You can read photocopies of the original or a modern version of the 30 Sections. While it is charming to recognize the original routes: from Maine to Savannah, from Albany to Danville, Kentucky and west to Bethlehem and Wilkes, Penn, I think it is worth quoting in part Section 16: “And be it further enacted, that if any person employed in any of the departments of the general post-office, shall willfully detain, delay, or open any letter, packet, bag or mail of letters, with which he shall be entrusted . . . . every such offender being thereof duly convicted, shall, for every such offence, be fined not exceeding three hundred dollars, or imprisoned not exceeding six months or both.”

Also of note, due to a belief in democracy this first postal service act declares that all mail from the president, vice president, senators and congressmen was free of postage. Newspapers, considered essential for a free people, were delivered, partially open (I remember the paper sleeve), in a separate mail bag, up to 100 miles for 1 cent.

Skipping nearly 200 years let us check in with the 1970 “Postal Services Act”. Until this time, the Postmaster General had been a cabinet position and the authority over the Post Office had been within the Congress. Perhaps, the major changes that happened where merely an effort to modernize and update the Post Office. What was established was a body of governors. There would be 9, and they would select a Postmaster General. The 10 of them would choose the Deputy Postmaster. The governors would be recommended by the president and approved by the senate for 9 year terms. (Later changed to 7 years.) (And only 5 could be of the same party.) The newly named 'Postal Service' would be considered part of the executive branch.

(If you detect a note of sarcasm here I recommend Evil Geniuses: The Unmaking of America: A Recent History by Kurt Andersen.)

Now, sadly, we arrive at the 2006 HR 2382 USPS Fairness Act sponsored by Representative Tom Davis III, R VA2. This bill, from only 14 years ago, was proposed, passed by both houses, signed by the president and became law in 13 – thirteen days, imagine. (Economic relief needed due to COVID-19 was passed in the House in May. On August 13, Mitch McConnell sent the Senate home till Labor Day.) 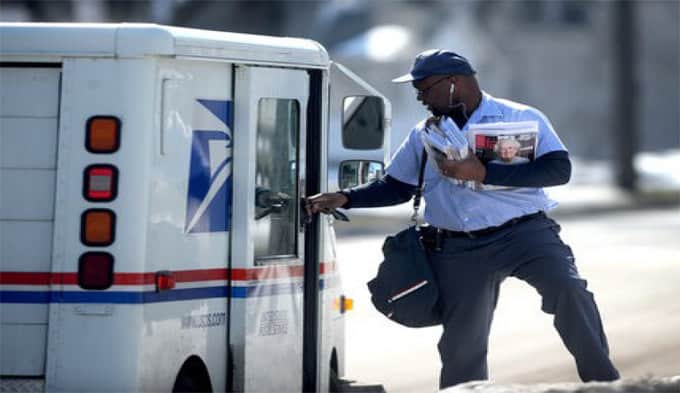 It is true that the Postal Service sits in a kind of limbo; partially government as it is established in the Constitution and they have obligations they must fulfill, yet totally independent funding-wise. Since 1970 they have been expected to pay their own way, but this new bill demands that they also put in reserve retirement pay for as many employees as they might retain for 75 YEARS. Does anyone you know know anyone with a business that has or must or COULD do this? And guess where that very large amount of money is held? The USPS is required to buy treasury bonds with it.

And Then, There’s the Board of Governors

Now, let's discuss that board of governors, the one that selects the Postmaster General. If their term ends and no replacement is put forward by the president for the senate to approve they may remain for one additional year, but then their seat goes empty. There are many, major decisions that cannot be made if there is no quorum of this body. And, surprise, surprise, during the entire eight years of the Obama presidency, not one new governor was approved by the senate.

By 2016 one governor remained of all those appointed or reappointed since George W Bush was president. His term ended that December leaving only the Postmaster General, Megan Brennen and the Deputy, Ron Stroman. When he got around to it, Donald Trump submitted names, that were promptly approved, and when there was a quorum, a new Postmaster General could be chosen, since PG Brennen retired in January, 2020. And here they are: Robert M. Duncan, Chairman, and Ron A. Bloom, Roman Martinez IV, John McLeod Barger, Donald L. Moak, William D. Zollars.:

DeJoy is worth $30-71 million. He and his wife also have a foundation, THE LOUIS DEJOY AND ALDONA WOS FAMILY FOUNDATION, that in tax returns from 2015 was worth $41million, of which they managed in their great desire “to support and invest in organizations that provide opportunities for individuals to advance their education, explore career options, broaden their horizons, forge lasting relationships and become engaged contributors to their communities and society” (from the web page) to contribute $1,132,558 to their chosen causes.

And here we are, not even three months later faced with utter chaos and destruction of the USPS. On July 10, 2020 a Mandatory Stand-Up All Employees message was posted at postal facilities. In terse language it is communicated that, in a nutshell, postal employees would no longer do their jobs in full. Time management was the priority over delivery of mail. Mail started piling up. On top of this, sorting machines started to be removed from post office buildings; sorting machines that sort over 30,000 pieces of mail an hour, taken out of operation, some physically destroyed or thrown in dumps. There is no way to even spin that as beneficial.

So, what are we going to do?

This is where you come in. I don't think there's one answer. I think there are millions of answers. For every one of us there is a specific reason to save the postal service. For some of us, many reasons. So what can YOU do? You can make calls to your representatives, to your governor, to your Secretary of State (this will effect our elections!!!) to your mayor, to your neighbor. You could write letters (?) to the Chairman of the Governors of the Postal Service (Robert M Duncan, photo 1/6). The case can certainly be made that the Postmaster General is “delaying” the mail, a punishable offense by Congressional act. You can organize or participate in protests, you can contact lawyers – there are crimes involved here. You can write essays or poems and send them places that people might read them and might get motivated. You can THINK OF THINGS I CANNOT!

I attach a link to an excellent, short article that explains the monetary issues with the Postal Service and offers excellent ideas that could relieve them. Robert Reich, a former Labor Secretary also has an abundance of ideas, easily found on Youtube. Whatever you do – DO SOMETHING. Our democracy our economy, our connectedness as a nation, even I'd say, our health and happiness depend on millions of us doing something! 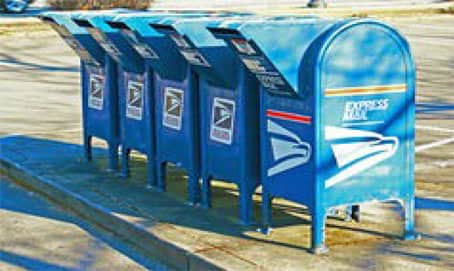 This is the copy of the Mandatory Stand-Up Talk I found online. It is oddly callous.

Robin Rafaelydis is a DAGR member ‘living the life’ on an Aegean island. With minimal electricity, connectivity via Internet café and phone, she manages to research and write from both head and heart.

This article was originally posted on Medium.com