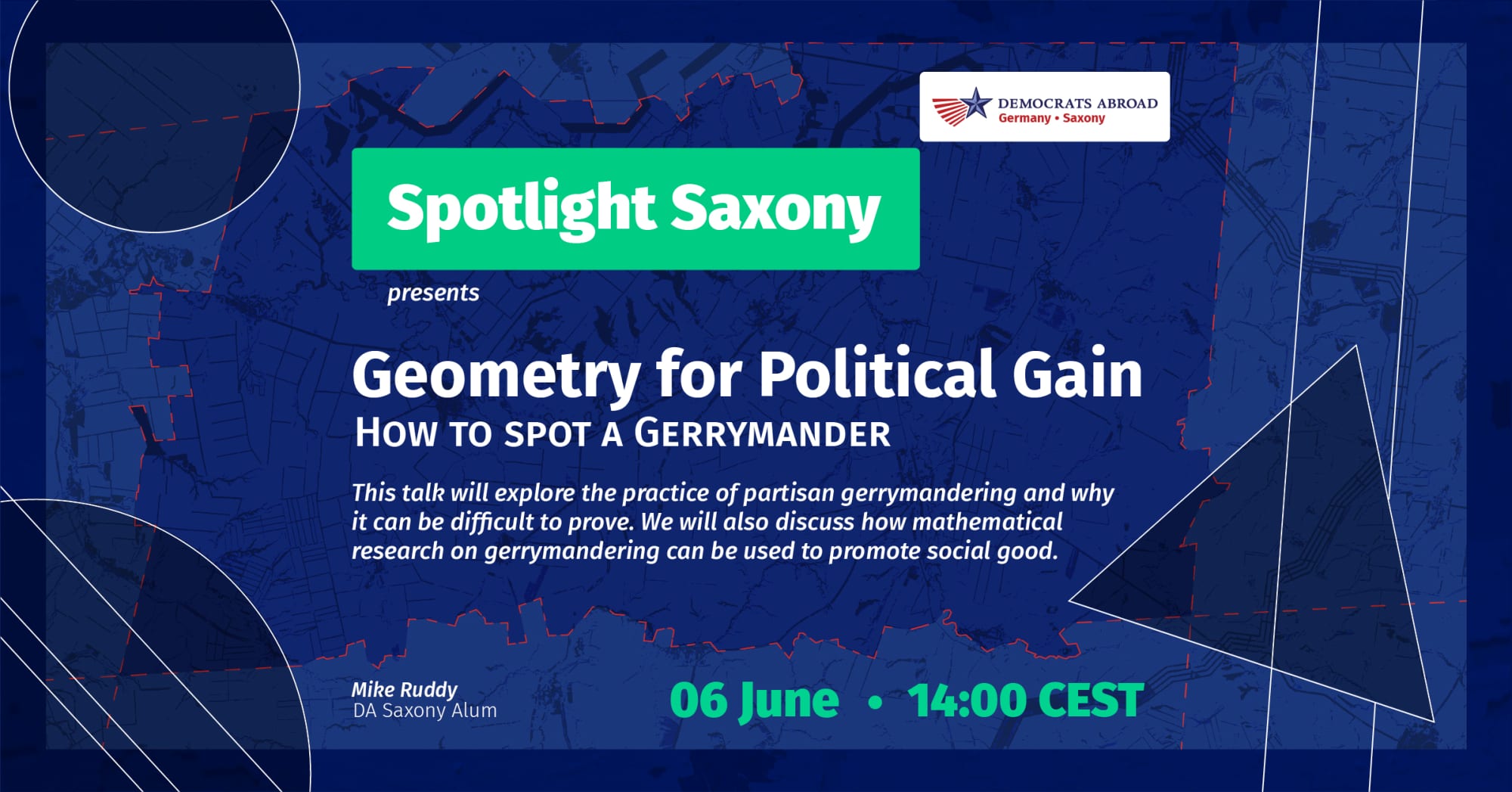 Geometry for Political Gain: How to Spot a Gerrymanderer w/ Mike Ruddy & Genevieve Van Cleve (All On The Line – Texas)

Democrats Abroad Saxony and Texans Abroad invite all to join us for this special event on redistricting. We will be joined by DA Saxony alum Mike Ruddy, who will give us a mathematical perspective on the process of gerrymandering (abstract below). Then we will hear from Genevieve Van Cleve from All On The Line – Texas about her work on the ground in one of the most gerrymandered states in the country. She will tell us about her impressions during the current legislative session, what's at stake in Texas' redistricting hearings, and how we can help support her work to end partisan gerrymandering.

The act of Gerrymandering, or crafting electoral district boundaries for political gain, is common in many first-past-the-post electoral systems. While partisan Gerrymandering (where the Gerrymandered districts are designed to benefit one party over another) has been prevalent in the United States since its inception, the issue has had renewed interest recently, as new technology and access to increasingly large voter datasets makes more extreme partisan Gerrymanders possible. In 2019, a panel of judges in North Carolina ordered the state’s legislative district maps to be redrawn, citing the “surgical precision” with which they were drawn to benefit the Republican party. Though surveys have shown that the majority of Americans favor reforms to stop Gerrymandering or make it more difficult, progress has been slow. The Supreme Court ruled in 2019 that federal courts lacked jurisdiction to rule on partisan gerrymandering, which leaves state-level reform as the most direct path.

WHEN
June 06, 2021 at 2pm - 4pm Berlin Time
WHERE
Zoom
RSVP for the Meeting information
Zoom
Germany
Google map and directions