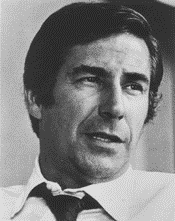 As a born and bred Alaskan, I would like to pay homage to a former Democratic US Senator who represented my home state for 12 years before being defeated by a Republican who is Lisa Murkowski’s father. With the exception of one Senatorial term, Alaska has been a red state since Reagan’s Republican landslide in 1980.

Mike Gravel was born in Springfield, Massachusetts to working class French-Canadian parents and spoke only French in his early childhood. He served in the Army’s Counterintelligence Corps and then drove a cab in New York City while studying for his BA in economics at Columbia University.

Like my parents, the lure of adventure and independence drew Mr. Gravel to Alaska. He arrived broke and did whatever jobs he could find, working in real estate and even as a brakeman on the snow-clearing trains of the Alaska Railroad before launching his career in politics.

Alaska became the 49th state in January 1959. Mr. Gravel was twice elected to the State House of Representatives (1963 - 1967) and served as speaker in 1965 and 1966. Buoyed by his telegenic looks, in 1968 he narrowly unseated the incumbent 81-year-old US Senator, Ernest Gruening, who Alaskans referred to as “the Father of Alaska statehood”.

That same year, Theodore “Ted” Stevens, a Republican, was elected as Alaska’s second US Senator. Mr. Stevens went on to serve 40 years in the Senate and his towering legacy has heavily shaped Alaska’s current economic strategy, which is largely dependent on federal subsidies.

Both men hated each other. Their personalities, outlook and tactics were completely opposite. Mr. Stevens was a pragmatist, a plodder, an insider who brought home the bacon, funneled money to the military and who didn’t rock the boat.

Mr. Gravel was an idealist, a gadfly, a maverick and many considered him to be a showboat. He dreamed of stopping wars, building a self-sustaining Alaska economy and fundamentally changing American democracy. On June 29, 1971 he drew enormous national notice by reading The Pentagon Papers aloud for three hours in a one-man filibuster during a subcommittee hearing that he had called, finally breaking down in tears. At that time, all the major newspapers had been under court injunctions to stop publishing these documents.

During his 12-year senatorial term, Mike Gravel worked on issues that are the most important in Alaska’s history—the Trans-Alaska Pipeline Authorization Act, the Alaska National Interest Lands Conservation Act and the Alaska Native Claims Settlement Act. He opposed the Magnuson-Stevens Act, which set the 200-mile limit for fisheries, supporting an international approach instead.

During his 1968 bid for the U.S. Senate, Mr. Gravel changed the way campaigns were run in Alaska forever. Prior to that election, statewide election campaigns focused almost exclusively on Alaska’s cities. Mr. Gravel was the very first to court the state’s rural vote so widely.

He sought to better the lives of Alaska Natives in rural communities by developing rural education. At that time there were no schools in the villages of rural Alaska. Native children were often sent to public schools in major cities such as Anchorage or Fairbanks, thus totally isolating them from their supportive communities. Thanks to a government bond that Mr. Gravel helped bring about, regional schools were finally built in the outlying villages.

Many remember Mr. Gravel as a highly creative person, constantly throwing out new ideas and policies. People mocked him in the 1970s for saying that Alaska should not rely on oil for its permanent economy but rather use the wealth to invest in infrastructure for a year-round tourism industry. The local media made fun of his Denali Tent City proposal around Mount Denali, inspired by Olympic Games Village tents.  His proposal for Alaskans to own part of the oil pipeline was laughed at.

Today, people are viewing his proposals much more favorably in hindsight.

Mike Gravel has had a lasting impact on Alaska and unceasingly contributed to projecting the state into the future. He deserves credit for coming up with ideas and pursuing them regardless of the consequences.

His explanation of this policy, in later life, was:

“You turn around and throw a rock in the water, and that is the process of doing something with my life, and after I’ve done it, it causes ripples that are never-ending.”

As a teenager growing up in Alaska in the 1970s, these ripples touched my life forever.