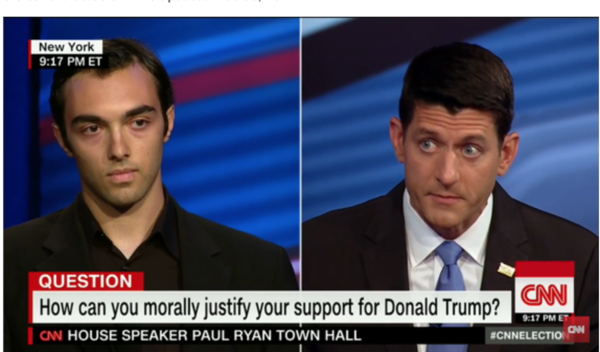 As an up and coming member of DA-China, I believe I would represent Joe’s ideas well. At the convention I will fight to ensure women are able to safely speak up against sexual assault. We have failed in this regard. In the past I raised large sums for the Democratic Coalition as a finance intern, verbally challenged Paul Ryan on CNN, and even flew to Alabama in the middle of my exam week to elect Doug Jones. I also worked to get Rep. Max Rose, an early Biden supporter, reelected to Congress. In China I became an active DA member enrolling dozens of people into DA. I was named a DA Star Volunteer for November 2019 and am now a lead organizer of DA China’s student outreach. As the Global Primary approached I got the vote out for Joe through a strong social media campaign across Facebook/WeChat. CNN Town Hall: