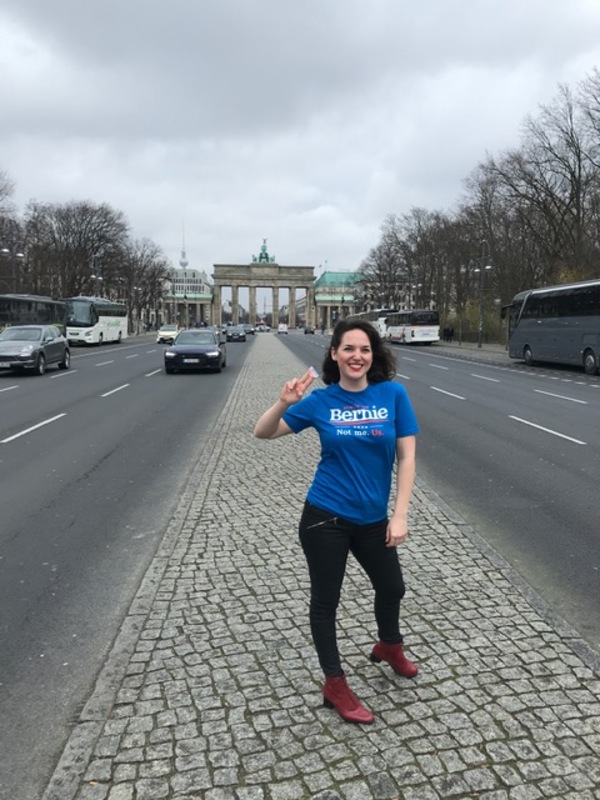 When I learned of Senator Sander's first campaign for the presidency, I was pursuing my BA in political science in California. He boldly addressed the most pressing systemic challenges facing the United States, which I had experienced both in and out of lecture halls. I campaigned during both of his runs; this time, phone banking from Berlin, Germany, where I earned my MA. As a delegate, I will be committed to rationalizing the party platform, exercising my academic and volunteer experience. I say "rationalizing," because an honest attempt to secure the presidency requires a much-emboldened democratic platform. My priorities include addressing the climate crisis with robust, transformative strategies and Medicare for All. I am supportive of progressive re-structuring of our many failed systems which have resulted in a variety of injustices. I would be honoured by your support and look forward to continuing the struggle for a better world.