On October 2, Barcelona members of Democrats Abroad and the DA Spain Women's Caucus, in collaboration with other women's groups in Barcelona, gathered at Plaza Catalunya to support the protests organized in the US by Women's March and raise our voices in defense of women's reproductive rights. A threat to women's rights anywhere is a threat to women's rights everywhere, and the uncertain future of Roe v. Wade in the US makes it increasingly evident that women and their allies worldwide must speak up and resist this attack.

Attendees at the protest shared personal stories, historical context about abortion in Spain and their own passionate arguments in favor of a women's right to decide about her own health and her own body. Vice Chair Rachel Mantiñán read the following poem by National Youth Poet Laureate Amanda Gorman:

“The alt-right’s biggest blunder is that most Americans aren’t under their impression that a woman’s body is up to them to decide. So when you’re outraged, these lawmakers are terrified. They want our tide to lose hope, to back up, pack up, and go home, so don’t. We won’t. We are never alone when we fight fire with feminism. 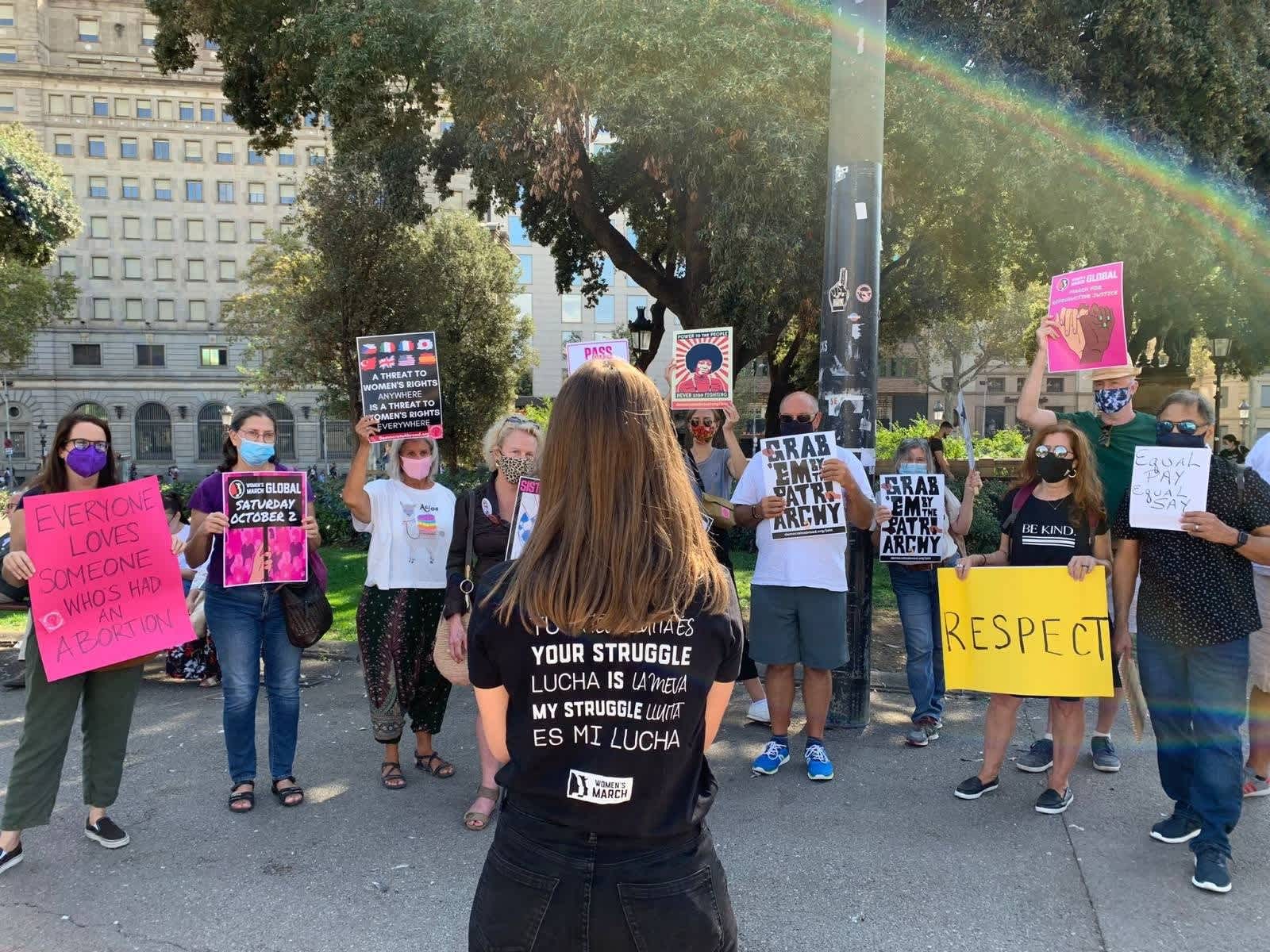 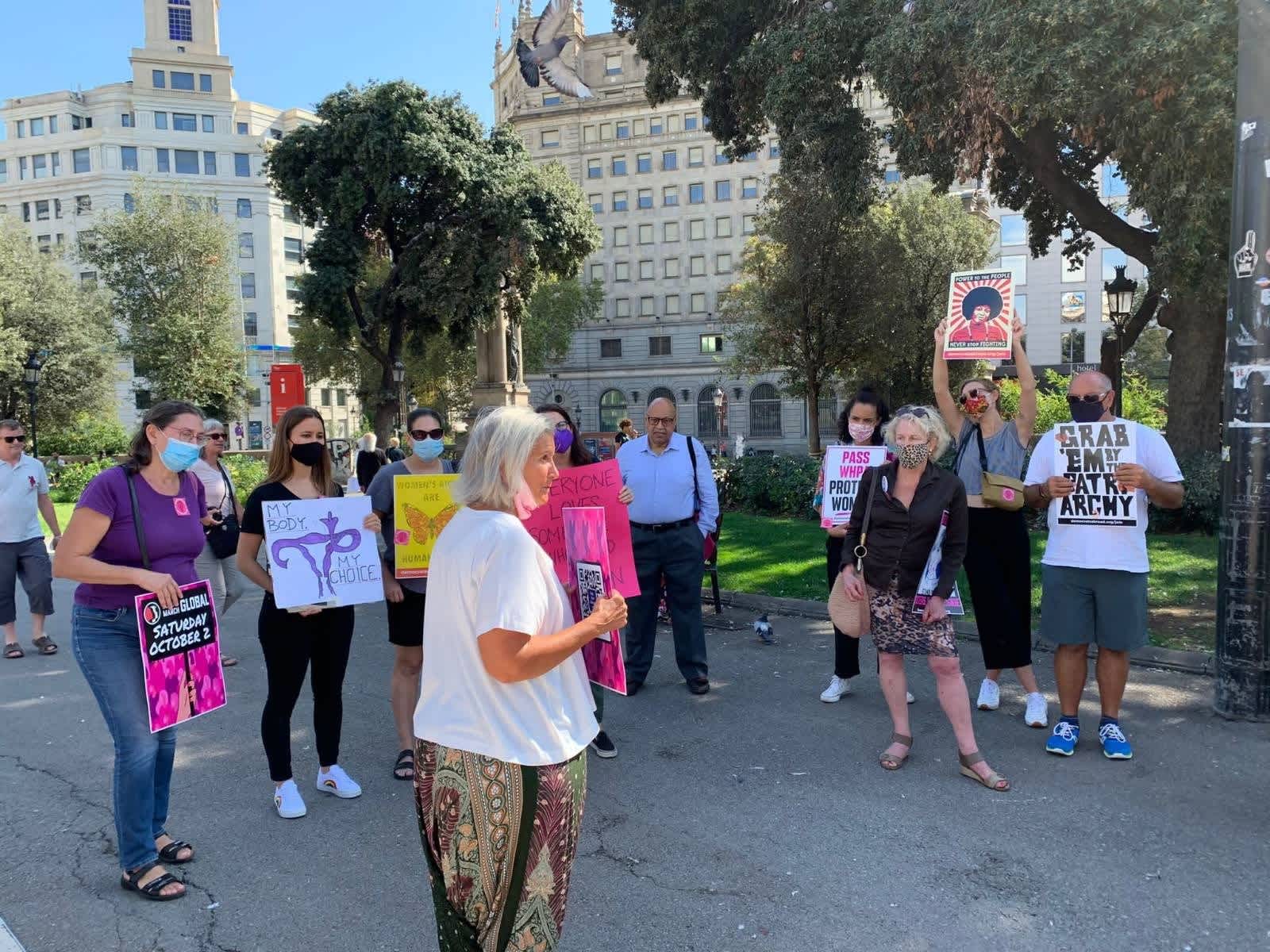