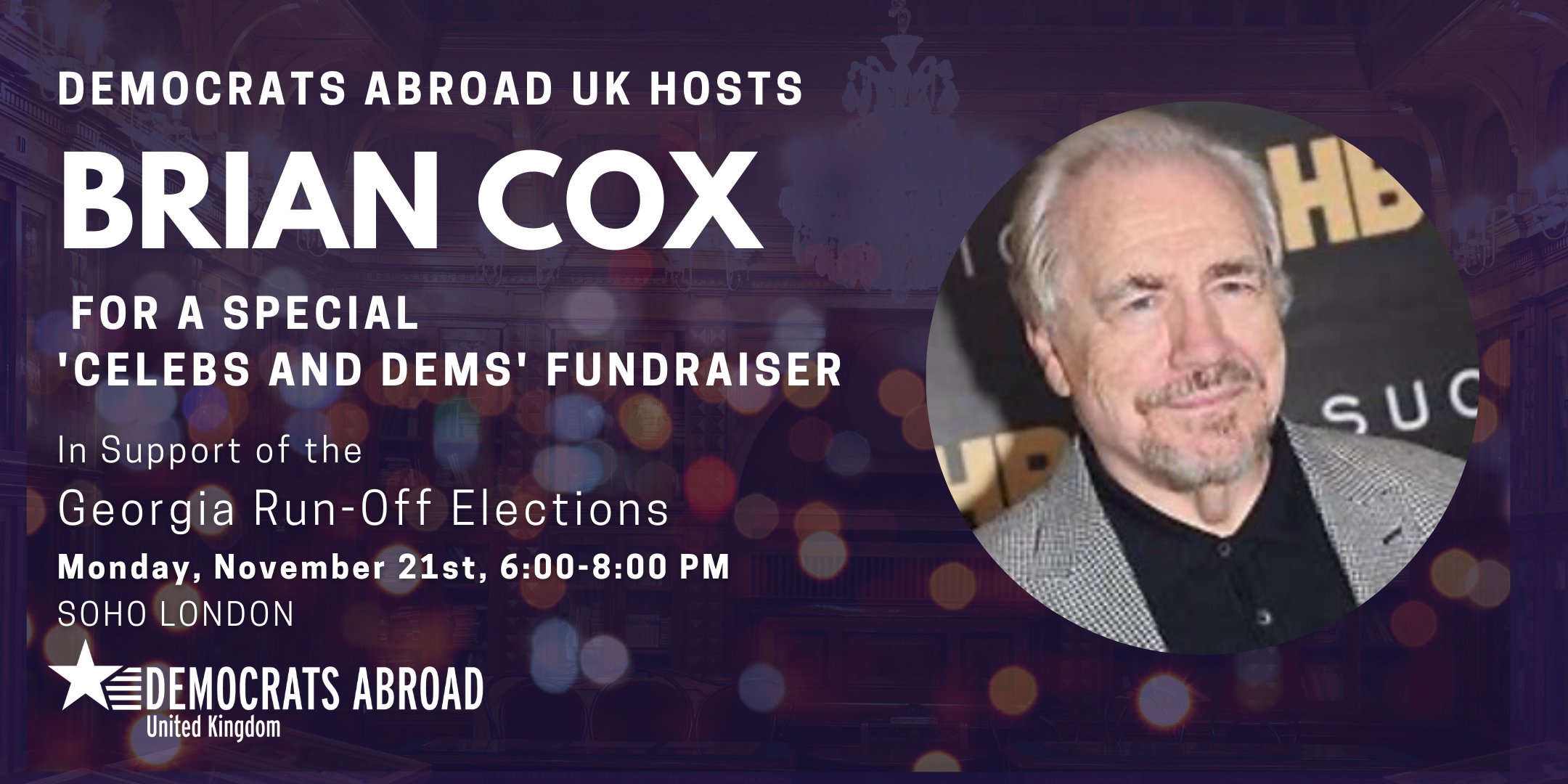 Democrats Abroad UK is thrilled to announce our first event in our “Celebs and Dems” fundraising series on Monday, 21st November from 6:00 pm to 8:00 pm at a private club in Soho, London.

Your donations will help us to get out the vote in the crucial Georgia runoff election on December 6th 2022, and help us to ensure that we keep the Senate in Democratic hands!

Our very special guest is the actor & activist Brian Cox, best known for his portrayal of the media mogul Logan Roy in the HBO series Succession, for which he won the Golden Globe Award for Best Actor in a Drama Series.

Come meet this legendary actor & activist, while supporting our final push to win the Georgia run off election!

In addition to television, Brian has a notable career in film (The Bourne Supremacy, RED, Churchill) and theatre, having won two Olivier Awards for Best Actor for his performances in Titus Andronicus for the Royal Shakespeare Company and Rat in the Skull for the Royal Court.

Brian’s best selling autobiography “Putting the Rabbit in the Hat” was published by Quercas in 2021.

Brian is a patron of the Scottish Youth Theatre and the British American Drama Academy.  He was appointed as Commander of the British Empire in the 2002 New Year’s list. His activism extends to politics, charity work and twice being the Grand Marshall of the New York City Tartan Day Parade.

Brian lives with his wife, the actress Nicole Ansari, in New York and London.

The venue address will be sent via email upon receipt of your donation.  Drinks, snacks and a festive ambiance will be provided.  For those who cannot attend the event in London, it will be live streamed via Zoom, link to be provided upon receipt of donation.

Our “Celebs and Dems” events are meant to be accessible to all Democrats Abroad UK donors:

We look forward to seeing you on Monday 21st November 2022 for our first “Celebs and Dems” event!