This is her report—

DA leaders from all around the globe participated in the largest ever DA AGM with more than 120 members participating in person and online. The days were speckled with videos from Bernie Sanders, Joe Biden, Cory Booker and Pete Buttigieg and in person speeches from Kirsten Gillibrand and Mariann Williamson. 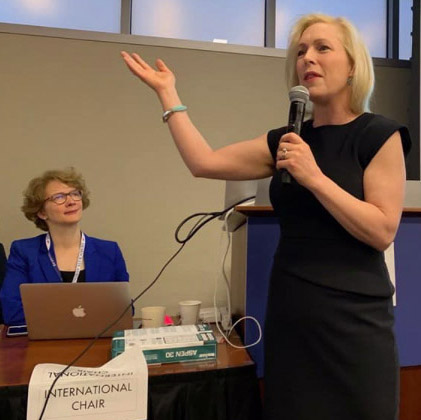 On May 17 DA International Chair, Julia Bryan, opened the meeting followed by guest speakers Senator Kirsten Gillibrand and Democratic National Committee Secretary Doug Jones. Secretary Jones spoke of the criteria needed to participate in the upcoming Democratic debates.
The day was spent reviewing and voting on resolutions. The Medicare for All and the Vote from Abroad (VFA) Integrity and Sustainability resolutions are important resolutions that passed unanimously. The VFA resolution deals with assuring that it will be a premier tool for Democrats Abroad to grow membership and to register voters. At the evening dinner the guest speaker was DNC CEO, Seema Nanda, where she spoke about the DNC strategy plan for 2020.

On May 18 elections were held for the International Executive Committee and for 3 regional officers. The guest speaker DNC Secretary, Jason Rae, was the youngest person ever elected to the DNC at age 17. He spoke about the creation of a “DNC War Room” a strategy to be “hyper-focused” about the impact of Trump’s policies on local communities.
That evening Josh Handelman from the Democratic Legislation Campaign Committee spoke about the importance of electing Democrats at all levels of government.

On May 19 we completed discussions about resolutions and bylaw changes. Mariann Williamson, American author and presidential candidate, was an impressive speaker and she wants voters to understand that our present administration “is not a swamp, it is an ocean of corruption with an opportunist infection”.
That evening the DA Global Women’s Caucus had an intimate event at the Cosmo Club. We decided that our primary issue going forward is protecting a woman’s right to choose. The GWC will also continue to work and support the ERA going into 2020. 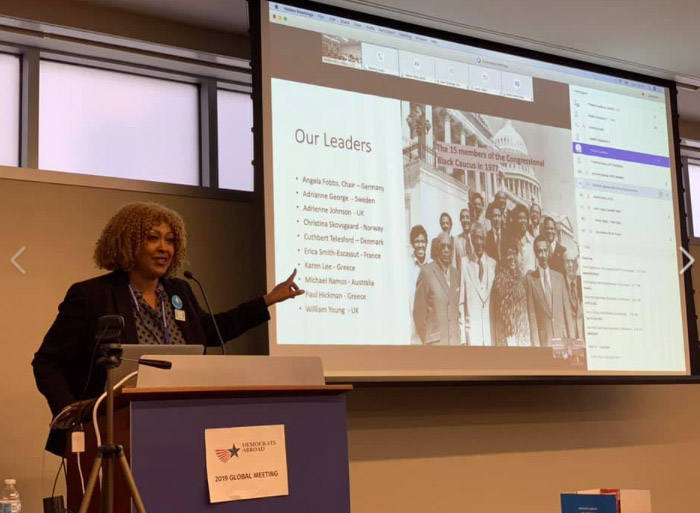 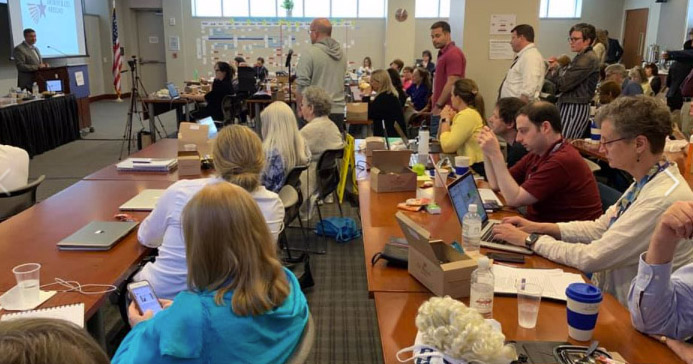 This is what democracy looks like. Discussion about resolutions and changes to the Bylaws continue.

Democrats Abroad is knocking on doors!

Have you heard of a "door-knock"? After the AGM DA members met with Representatives and Senators as well as relevant US federal government agenciesto bring attention to issues of special interest for Americans living abroad.

The DA "door knock" focused on three key issues—
1) HR1
This bill expands access to the ballot box, reduces the influence of big money in politics, and strengthen ethics rules for public servants. DA emphasized accessibility to voting for overseas voters by using electronic transmission of ballots via email rather than sending paper ballots by mail.

2) Tax reform for Americans abroad
DA focused on the unfair hardships that Americans living abroad are subject to that can cause financial and personal difficulties. We asked that the US government change to citizen-based taxation rather that resident-based taxation. Only one other country in the world has resident-based taxation.
We asked for same country exemption when filling taxes. This would eliminate Foreign Account Tax Compliance Act (FACTA) reporting.
We also asked for the repeal of the Windfall Elimination Provision and to enact the Social Security Fairness Act (HR141).

3) USCIS office closures
We addressed and opposed the American family separation that is arising from the closure of the United States Citizens and Immigration Services Offices Abroad (USCIS). Offices were closed in 22 locations and these services were transferred to domestic offices. The practical impact of this policy will separate families applying to immigrate to the US. DA supports and asks for direct consular filing for families of US citizens. These closures can affect families trying to adopt internationally. These offices also aid widows of US citizens, provide advice on immigration, process refugee applications and more. The Trump Administration claims the closure was a cost saving matter, but the fees charged pay for the expense.

Our divided country needs your help! Vote and call your Representative on matters of importance.­­­­ 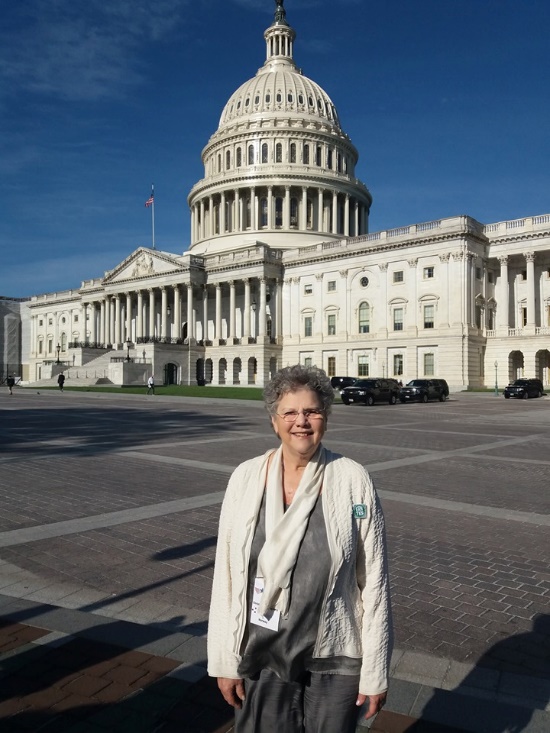