The Goettingen-Hannover chapter will be holding officer elections on February 7.   Click here for details.

The Göttingen-Hannover Chapter is pleased to announce the formation of the Kassel Precinct, with Richard Sentinella taking on the role of Precinct Captain. We are also excited to welcome three more new volunteers to our leadership team, Dr. Katie Von Holzen as our Get Out The Vote Coordinator, Verena Wilkening as our Media Contact and Karla Schmidt organizing our University Outreach. There are more volunteer opportunities if you're interested - please read on for more information. 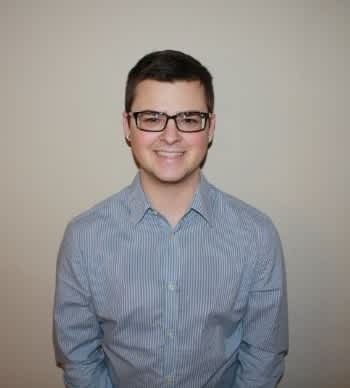 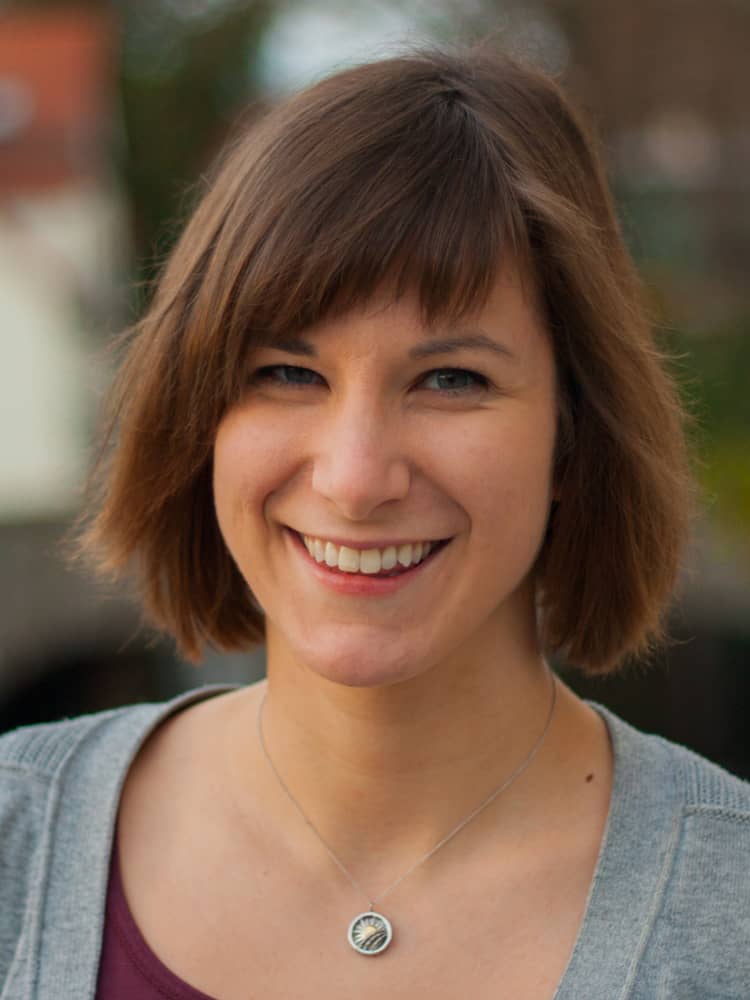 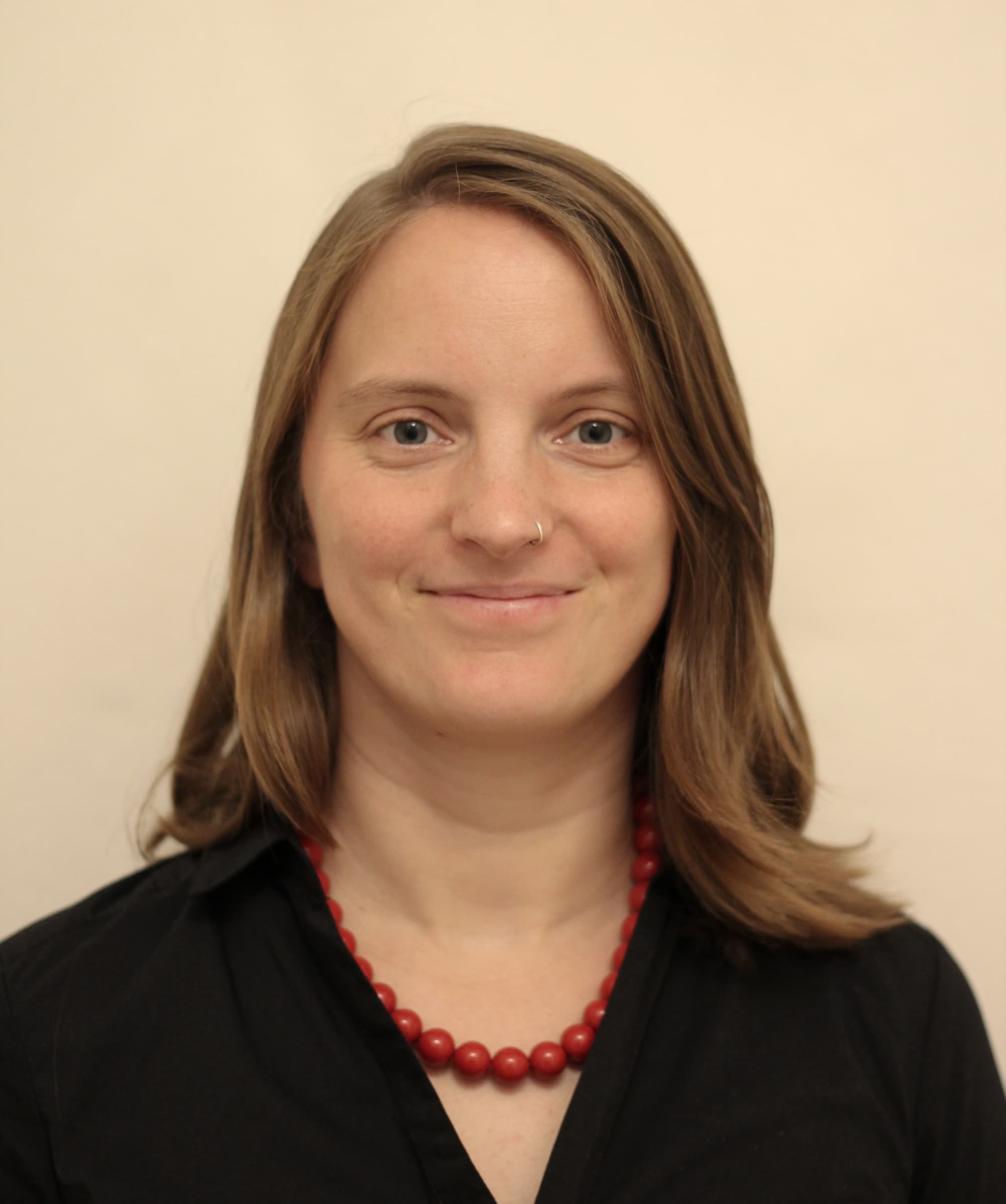 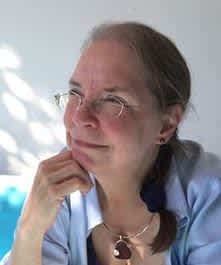 We are proud to announce that the chapter name has been changed to the Göttingen-Hannover Chapter!

We are proud to announce that the chapter name has been changed to the Göttingen-Hannover Chapter! This year’s Global Presidential Primary, which took place in four locations across our chapter, has shown that the dedication and hard work of all the people involved has helped to tremendously increase the membership of Democrats Abroad Germany. Even in smaller chapters such as Göttingen, but especially with its Braunschweig and Hannover precincts we have seen this growth due to the hard work of Precinct Captains Kenton Barnes and Jennifer von Estorff.

Geographically, our chapter spans from Magdeburg in the East to Bueckeburg in the West, around 200 km and from Celle in the North to Coburg in the South, about 300 km. It includes the Harz Mountains, parts of Niedersachsen, Sachsen-Anhalt, Hessen and Thüringen and four large cities with active members: Braunschweig, Goettingen, Hannover and Kassel.

We built up precincts in both Braunschweig and Hannover and are in the process of building up a precinct in Kassel. Since the establishment of the Hannover Precinct in January of 2019, we have hosted numerous Hannover events, including chapter meetings, the Women’s March, a Meet and Greet with the Chair of Germany and the GPP, where 50 people voted in person over the course of two days. There are currently around 125 DA members in the Hannover Region, which is more than a quarter of our 415 chapter members. This is approximately the same number of members living in the vicinity of Goettingen.

We strongly feel that there is great potential for growth with the Hannover area and that having both cities in the chapter name will make us more visible to a wider range of people and give all our members in Hannover, Braunschweig, Celle and anywhere in between a greater feeling of inclusion.

Ben Sandidge, one of the chapters earliest members and former Chapter Chair, offers a historical look back at the  development of the Göttingen Chapter.

"In a way, it all goes back to the Americans Abroad group that my friend Wayne Mitchell and I organized back in the ‘90’s. Göttingen is a university town that used to have, for example, a large exchange program with the University of California system; also, there are always a lot of American academicians here in various capacities. Wayne and I were both university employees, so it was relatively easy for us to get enough “Amis” together for regular activities. Over the years, it morphed into the so-called “Tribal Table”, which met monthly at local pubs.

As a result of the mostly solid foreign policy of the Clinton Administration, the 90’s were a period in which progressive-minded Americans living abroad were beginning to feel better about our government’s performance and image world-wide, so we were motivated to support Al Gore’s bid for the presidency in 2000. Wayne, for example, wanted to vote, and he had heard somewhere about Democrats Abroad, and managed to come up with a telephone number in Heidelberg. That number of course turned out to be that of “Mr. Democrat” in Germany at that time, none other than our beloved John McQueen. Well, John told Wayne that it would, in fact, be possible to vote in the Democratic primary by participating in one of their caucuses. “In fact, he said, “if you can get 15 people together who want to start a chapter of DA in Göttingen, you can conduct your own caucus”. ‘Nuf said; Wayne did, and we did. That was early 2000, so that makes us 20 years old.

Unfortunately, our new-found political activism was somewhat dampened by the electoral college debacle of that year, when the Republican-dominated Supreme Court handed the election to Bush, and the next 8 years were like a desert for progressives.

I took over as chapter chair in late 2007, just in time to preside over our local polling station for the first Global Presidential Primary and to experience the rush of all those new members coming into the fold, as well as organizing—with John McQueen’s help—our first German AGM in Göttingen and, of course, our party’s great overall success in November of 2008. It was a terrific time, and I was inspired to start a tradition that has continued up to the present in our chapter: Thanksgiving dinner. After all, we had a lot to be thankful for that year!

Of all the time that the Göttingen chapter has existed, I think we really need to give our immediate past chair, Anne Marie Bessette, a particularly loud shout-out. With her organizational training and skills, she managed, during the four years she was in office, to establish a higher level of outreach to our outlying areas and more extensive networking with our larger organization. Among other things, she organized a truly inspiring Women’s Caucus meeting that brought in Democrats from all over Germany and also integrated local members. The organizing of the highly successful “Marches for Science” in Göttingen can also be credited to Anne Marie in large measure. Last but not least, it is particularly fitting in connection with the proposed name change from “Göttingen Chapter” to “Göttingen-Hannover Chapter” to mention Anne Marie’s extensive work in helping to build up the Hanover and Braunschweig Precincts to the level that it has now attained. This name change is supported not only by me but also by all of the other founding members of the Göttingen Chapter that I have been able to talk to."

Approximately 200 people came out for the first-ever Women’s March on January 19. Congratulations to the new Hannover Precinct on its first public event! The March was in support of women’s rights, as well as equal rights for all people. Thanks to the Hannoverisch Allgemeine for the coverage and more great pictures HERE.

Many thanks to those who have been meeting in Hannover over the past couple years. At a smaller gathering in December we celebrated Hannover becoming an official precinct thanks to Jennifer von Estorff, becoming its first precinct captain! A new volunteer to DA Germany, Jennifer jumped in as a leader to plan the Women's March. Thanks Jennifer for your energy, and willingness to serve!

NEW BRAUNSCHWEIG PRECINCT UP and RUNNING!

The Göttingen Area Chapter welcomes a new precinct in Braunschweig - its first meeting was held Saturday, June 17. Congratulations to Co-Captains Kenton Barnes and Kim Täger for kicking off this endeavor. Kenton is a professor at the Technical University of Braunschweig in the Department of English and American Studies and Department of Literary and Cultural Studies. He is also the new Germany coordinator for the LGBT Caucus. Kim is a Research Assistant at the Technical University Braunschweig in the Institute of English and American Studies for the Department of English Language and Didactics. A warm welcome to this dynamic duo!

A first activity will be hosting a booth for the Sommerlochfestival on Saturday, July 29, 10 AM - 8 PM. DA Germany reps including current chair Owen Jappen, and past chair Quaide Williams, will be handing out information about becoming active in Democrats Abroad, along with new merchandise available for purchase, and postcards to write to your US Representatives.

On Earth Day, April 22, a March for Science took place in Göttingen. This non-partisan event was supported by a large number of our local Democrats Abroad members who participated in all aspects and encouraged community involvement. We were proud to be involved in supporting the integrity of science on a global level.

Members of the Göttingen Chapter gathered January 14 for their bi-annual Chapter Chair election, and to thank President Obama for his service in office. Anne Marie Bessette was reelected to a second term as Chapter Chair, and reported on the Chapter's 2016 activities, found below.

An Exciting Global Primary Time for the Göttingen Chapter

In two weeks the Göttingen Chapter held five events which attracted over 100 people!

MANY THANKS to the volunteers and everyone who came out to hear about the candidates, watch the Democrats Abroad Town Hall meeting, and who met in Hannover regarding voting and event planning.

The official polling station in Göttingen was successful and fun, as was the Remote Voting Assistance event in Kassel!