Democrats Win at All Levels in November 2017 Elections 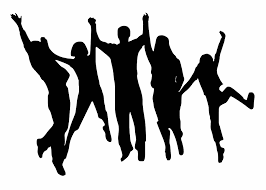 Many thanks to everyone who work on getting out the vote and everyone who voted. The election was a great success. Election night brought historic wins for minority and LGBT candidates.

On the whole Democrats had a great night. Here are more of the results:

Democrats flipped at least 14* House of Delegate seats including:

* No party has picked up more than 7 seats in a single House of Delegates election since 2001.

North Carolina: Democrats flipped 2 mayoral seats by electing Vi Lyles in Charlotte and Mitch Colvin in Fayetteville. Vi Lyles is the first-ever African American woman to be elected mayor of Charlotte, while Mitch used his strong ties to the community to flip the Fayetteville mayoral seat from red to blue.

Florida: Democrats re-elected Mayor Rick Kriseman to be the mayor of St. Petersburg.

Remember there are still two more elections this year.

Let's flip these three seats by sending Allison Ikley-Freeman, Steven Vincent and Chris VanLandingham to the Oklahoma State House and Senate. Request your ballot by EMAIL, FAX or MAIL by Wednesday, November 8 at 5pm (Oklahoma time). Complete the form at www.VoteFromAbroad.org. When you get your ballot, MAIL or FAX it back right away. It must get to Oklahoma by Tuesday, November 14 at 7pm (Oklahoma time).