With such a monumental election over, we are taking the time to highlight some of the volunteers that helped make things happen here in China. Today we welcome Amber Li, a Floridian who has lived in & helped out the DA China team from both  Beijing and Shanghai.

How did you end up in China & what do you do here now?

My entire extended family is from Beijing, and my parents would take me on visits on a mostly yearly basis as a kid, so Beijing has always been second home for me. Even from a young age, I always knew I wanted to work between the US and China.

Although I rebelled against my Chinese identity when I was younger, I gained more interest in my “roots” in college. I studied history at Yale, and my courses focused mostly on social movements and social change in the 20th century, though I eventually wrote my senior thesis on British-Chinese relations during the Second Opium War. The research I conducted during that period raised a lot of questions on power dynamics and traditional narratives I thought I knew were fact, and incentivized me to come to China to see for myself.

I was planning on going to law school after graduation but wanted to take a gap year, so I signed up for a master’s in law degree at Renmin University (my parents’ alma mater), and picked up my bags and flew to Beijing -- fully intending on returning to the US after a year.

It’s a bit of the quintessential expat story – I fell in love with the energy of the city, something I’d not experienced as a kid when I spent summers visiting my grandparents. I decided to extend the gap year, and found a job at a British-American law firm, where I was mostly handling trademarks and customs protection. I loved Beijing (and still do!), but after three and a half years, I needed a change in scenery, and when a job in marketing for a software company trying to stop counterfeiting and protect supply chains opened up in Shanghai, I made the leap.

As global supply chains came to a halt last year, and as I was at home isolating, I realized that my real passion was in food and cooking. So I made another move to my current company, Youkuai, parent company of the local plant-based meat brand Zrou, where I head community.

I first heard of DA in early 2018, I remember seeing a post calling for volunteers to help register Americans to vote from abroad in a group chat. 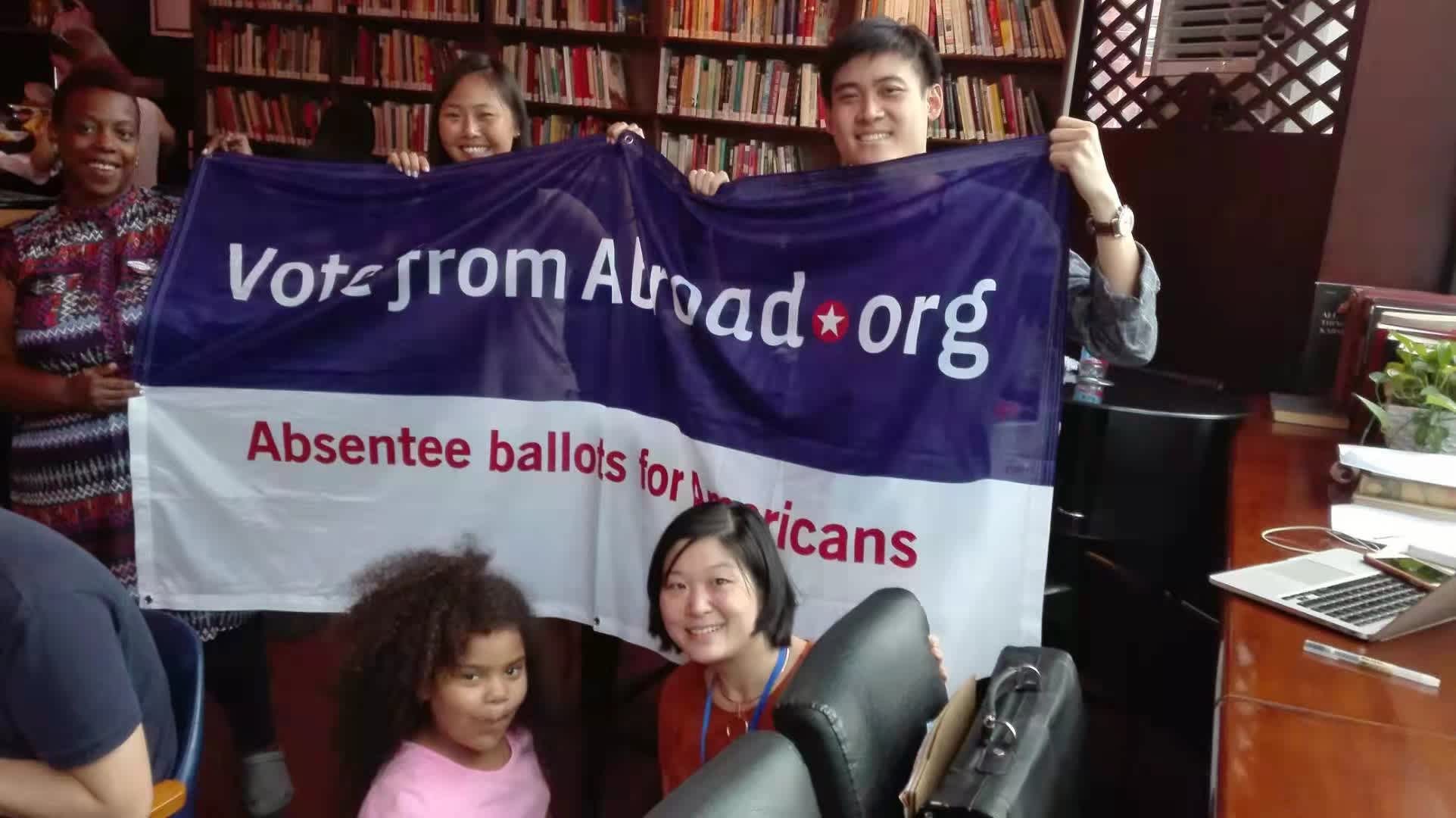 Not at all! I wasn’t really that interested in politics when I was younger, and I really only started paying more attention after I left the US in 2015.

The 2016 election was infuriating. I remember crying in the middle of the work day, and heading to Jing-A with a few friends after work. I still remember all the distraught Americans in that 1949 complex that evening. More than anything, I remember feeling helpless and hopeless and as if my understanding of all the ideals we stood for had just shattered. But eventually (including a brief stint learning Muay Thai in hopes that that would help the anger (it didn’t)), I realized that the only way to make the changes I wanted to see happen was to put in the work myself.

The courses I studied on social movement and change definitely shaped my thinking here, but I believe in the power of numbers, and in the importance of reaching out, listening, and empathizing with people who have different opinions. I felt like the most efficient and effective way for me to channel my energy was to do all that I could in my power to get the Americans around me to vote in the next election, and the next, and the next – until it became habit.

First, given how divided we are as a nation right now and how fast things are moving, the very least we can do as citizens abroad is be actively engaged and aware of what is happening.

Second, with the pandemic still raging, travel restrictions don’t look like they’ll be easing anytime soon, keeping us all away from home for a prolonged period. Democrats Abroad has provided a community and space for us to share and to engage with people who are in a similar boat, something we could all use a little bit now. It’s also a unique space because we’re all from different places in the US, and it’s likely I wouldn’t have met as diverse a crowd if I were still in the US.

Lastly, through various channels in DA, I’ve been able to find and learn about resources or events that I might not otherwise have known about, such as organizations like Fair Fight, or smaller-scale, yet incredibly crucial local elections. Though we are far from home, DA gives everyone a number of ways to feel engaged and to help through whatever means they might have.

The pandemic is immediate, but the divisions that we see and that exist today will be a long term issue that we need to figure out. We’d be fooling ourselves if we thought that what happened at the Capitol on January 6 can be mitigated through reaching across the table. But how do we even move forward from this? How do we de-escalate the frustration, the anger, and the hatred? How will we stop fighting and even get to a consensus on what the work that needs to be done looks like?

I’ve always taken peace and reassurance in Abraham Lincoln’s appeal to the “better angels of our nature,” but I’m not sure that’s quite enough now -- as much as I hope it is. 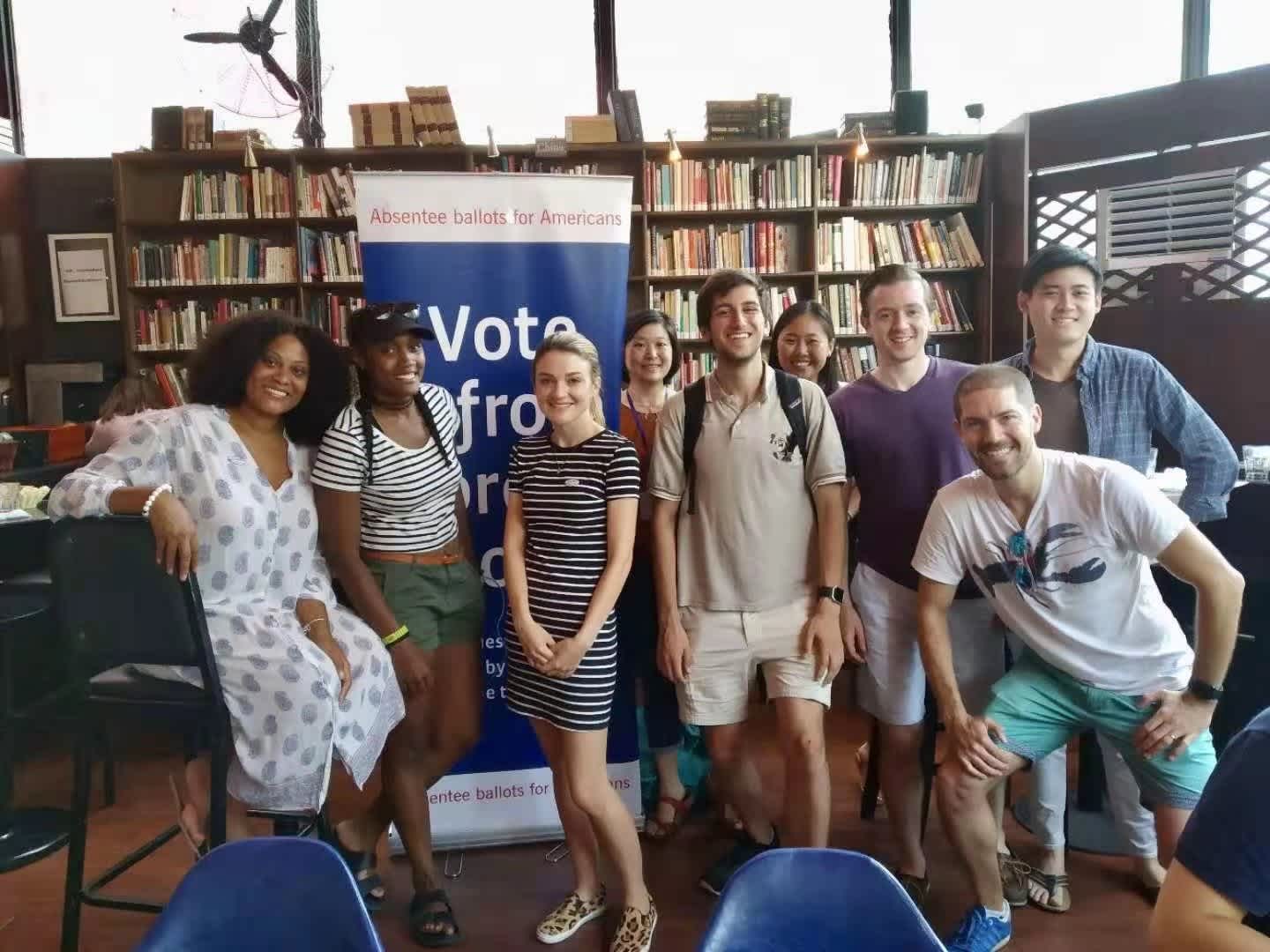 Timely question. I believe the most important thing that we need to get under control is the pandemic: from administration of the vaccine(s), education around the vaccine, the economic aid we need to provide, the assistance we need to give to get small businesses back on their feet, and more. There is so much work.

We also have to think long-term: what kind of mental health effects and trauma relief can we plan for? How will we prepare for the future of our public health system? How will we legitimize and return credibility to the scientists and experts we chose to ignore this time? With the numbers of Covid cases as high as they are now, we really need to have strong leadership in place and cooperation across organizations and departments.

Beyond that, we have to address racial inequities on a systemic level, regulate guns, and re-evaluate our justice system and law enforcement. We have to look ourselves in the mirror and ask why we do not have universal healthcare as a base for all. We have to have someone who is qualified, compassionate, and credible running our Department of Education. We have to encourage all students to get higher education degrees, not scare them with the burden of impossible loans. We have to find ways to figure out how to set Americans up for success instead of failure.

We are always on the lookout for more volunteers to help Americans in China organize around getting out the vote and issues dear to our Women's, LGBTQ+, Black, AAPI & Progressive Caucuses. Join us and message us to see how you can get involved!