The Global Disability Caucus (GDC) Accessibility Coordinator will lead one of our top priority projects.  Our goal is to assess the experience of being a member of Democrats Abroad and identify potential issues for persons with disabilities.  Then fix them and train/help people to use them.

Please click here for more details, or email us at [email protected] 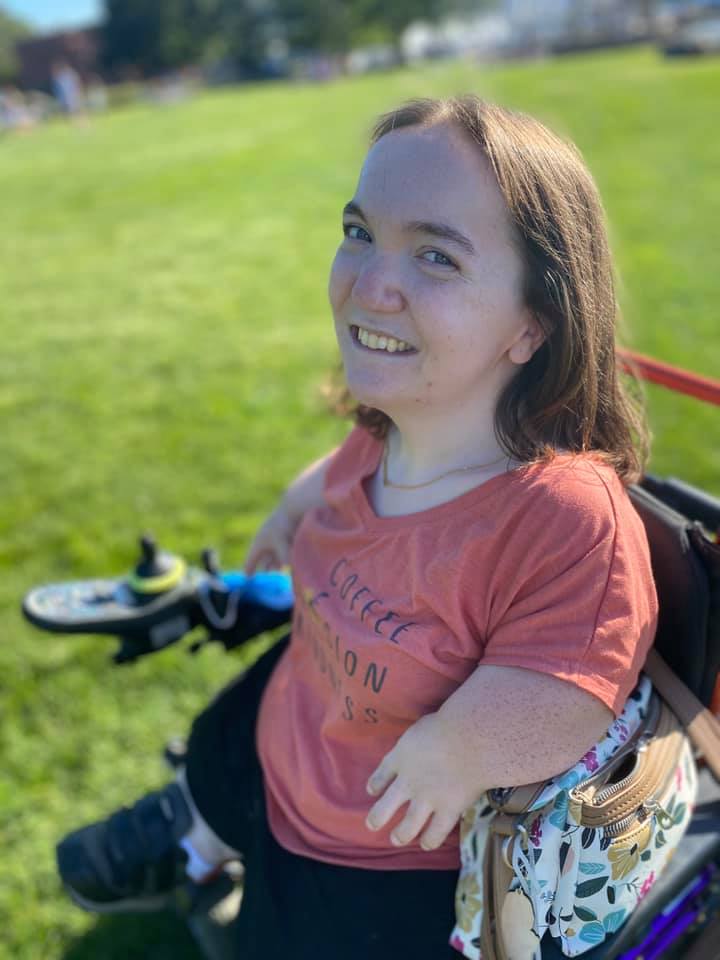 Allyssa Schoenemann (she/her) has been a DA member since October of 2020 (a month after arriving in Germany). She currently resides in the northwest part of Germany and works as an English teacher in a German public school for grades 5 to 10. She has spent time in Germany previously, receiving a Fulbright award in 2015 to work as an English language assistant at a German Gymnasium. At that time, she was not a DA member. Prior to moving abroad, she received her teaching certification for English Language Arts, Students with Disabilities, and Teaching English to Speakers of Other Languages at the secondary school level. She has worked in various schools on Long Island in New York as a teacher assistant, substitute teacher or full-time teacher. After receiving her Masters degree, she pursued an additional certification in Disability Studies from Stony Brook University. Her goal has always been to educate, whether that be in the classroom teaching language skills or providing new knowledge about disability rights and methods of advocacy. 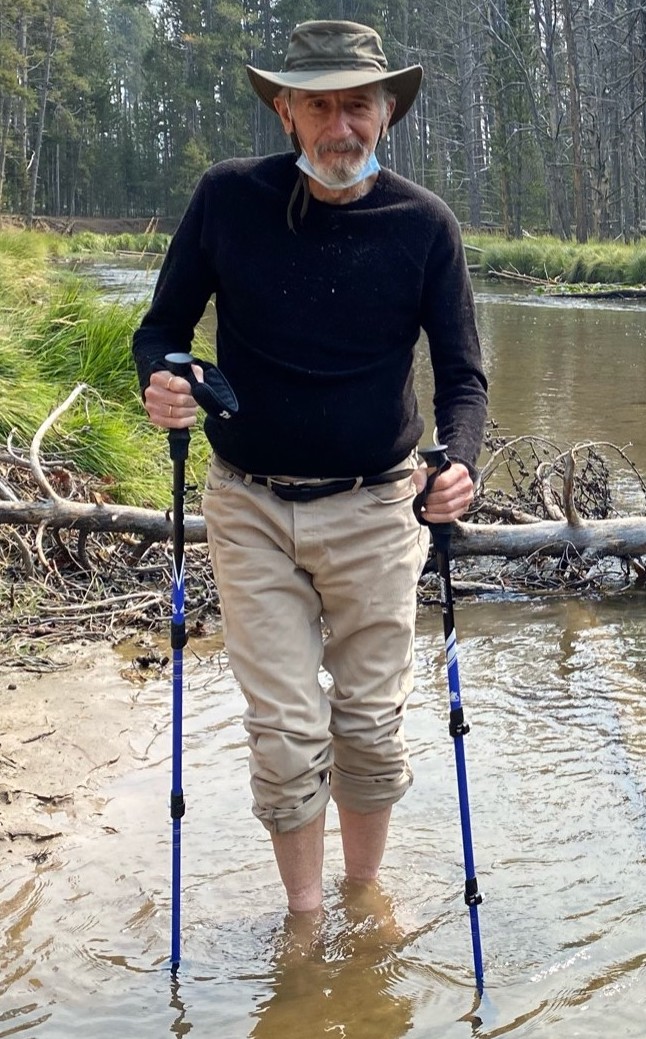 Kenneth Sherman of Hamilton, Ontario, Canada has served Democrats Abroad in many capacities over twenty years including the office of International Chair and Vice-Chair. He is one of its representatives now to the Democratic National Committee governing body.  He authored the resolution that has established July 17 as John R. Lewis Voting Rights Day. Ken votes absentee in Buffalo, New York. 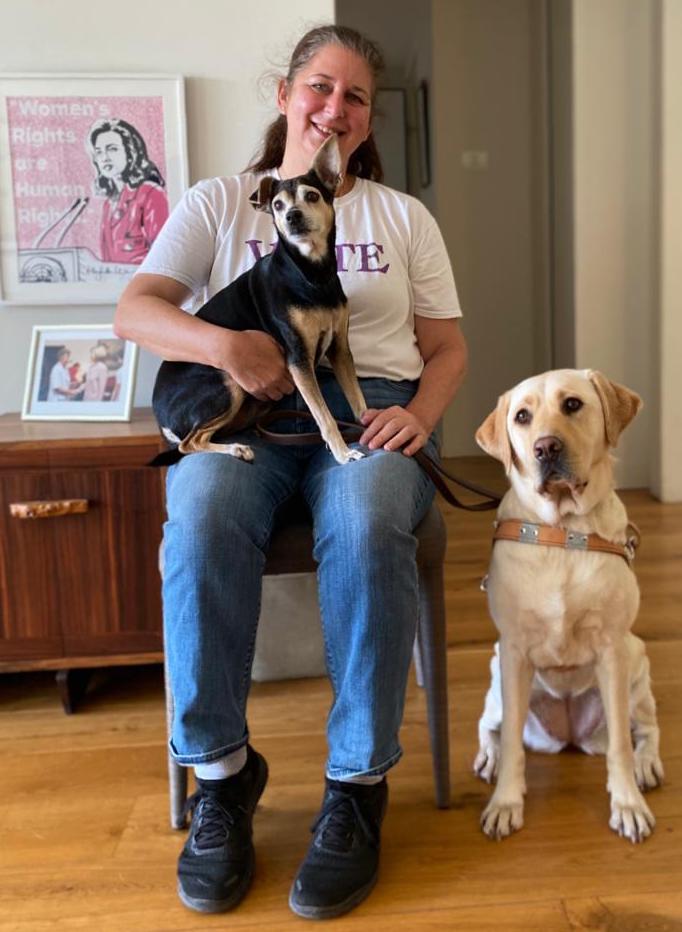 Heather Stone is a member of DA-Israel. She became a licensed attorney in NJ in 1988 and practiced municipal bond law in NJ from 1988-1990.She moved to Israel for academic work, in Urban Planning, passed the Israeli Bar in 1993 and practiced law with a few of the largest law firms in Israel in the high-tech sector - doing investments, international mergers & acquisitions, and internal investigations of publicly traded companies for over 20 years.  In 2017 she became visually impaired following brain surgery.  She volunteers for Democrats Abroad, currently as Deputy International Counsel (Global) and serves on the boards of a few non-profit organizations in Israel, and was the past chair of Democrats Abroad-Israel.  Heather is a mom of two grown teens, and two dogs, including one guide dog and one emotional support dog.  She continues to learn to navigate the world differently. 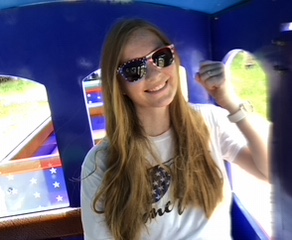 Elizabeth Blackbourn is the Chair of Democrats Abroad China and GDC Communications Coordinator. She hails from small town Wisconsin and currently resides in mega city China. She has learned no matter the size of an area in which a person lives, opening up about disabilities is difficult and connecting with others is key. Elizabeth hopes to help expand awareness and develop a means of support within Democrats Abroad for those with invisible diseases and physical ailments. Using her own journey with autoimmune diseases and injury, Elizabeth aims for the GDC to become a resource for those struggling to cope. Fostering a community that cares by increasing inclusivity and expanding communications is essential to the mental well-being of Americans abroad. Contact Elizabeth to share your story, work on public policy, and assist the Global Disability Caucus communications efforts. 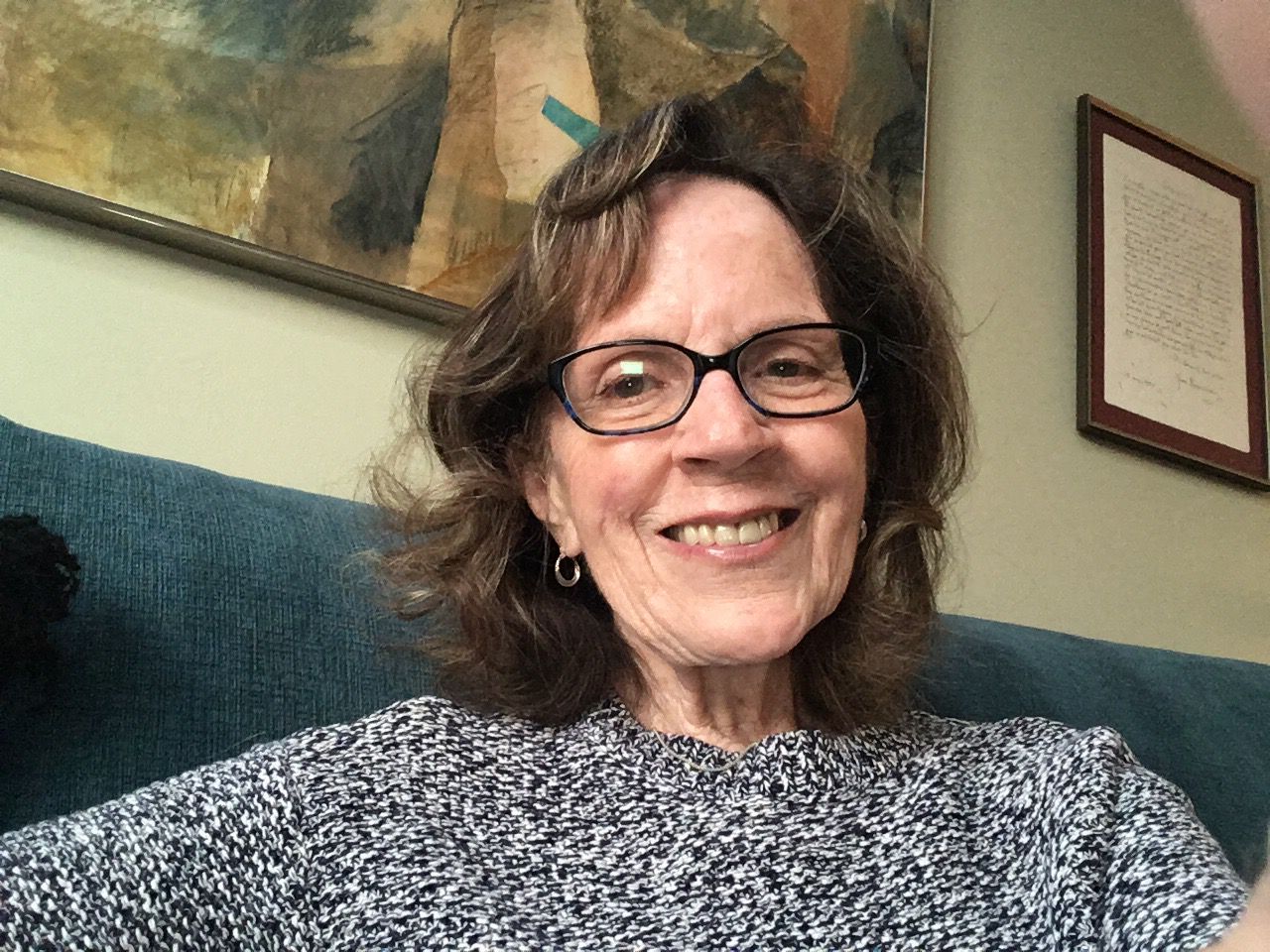 Denise Roig has been an active member of Democrats Abroad since 2019. A published writer of fiction and non-fiction, she votes in California and has lived in Canada for over 30 years (twenty in Montreal and ten in Hamilton, Ontario). She's been a DPCA rep, headed up the GOTV postcard campaign for DA Canada in the 2020 election and is a writer for multiple projects through DA's Global Design Team. Denise is a founding member of the Global Disability Caucus and a member of its steering committee.Through her daughter, Georgia -- born with cerebral palsy -- Denise has become an ally to, and an advocate for, the disabled community. Georgia, now 26, has three college diplomas in helping professions and is currently working on a degree in Disability Studies, an emerging field that is political and justice-based. Allyship, Denise's special focus, also challenges the ways we think about disability so we can be mindful, informed advocates. 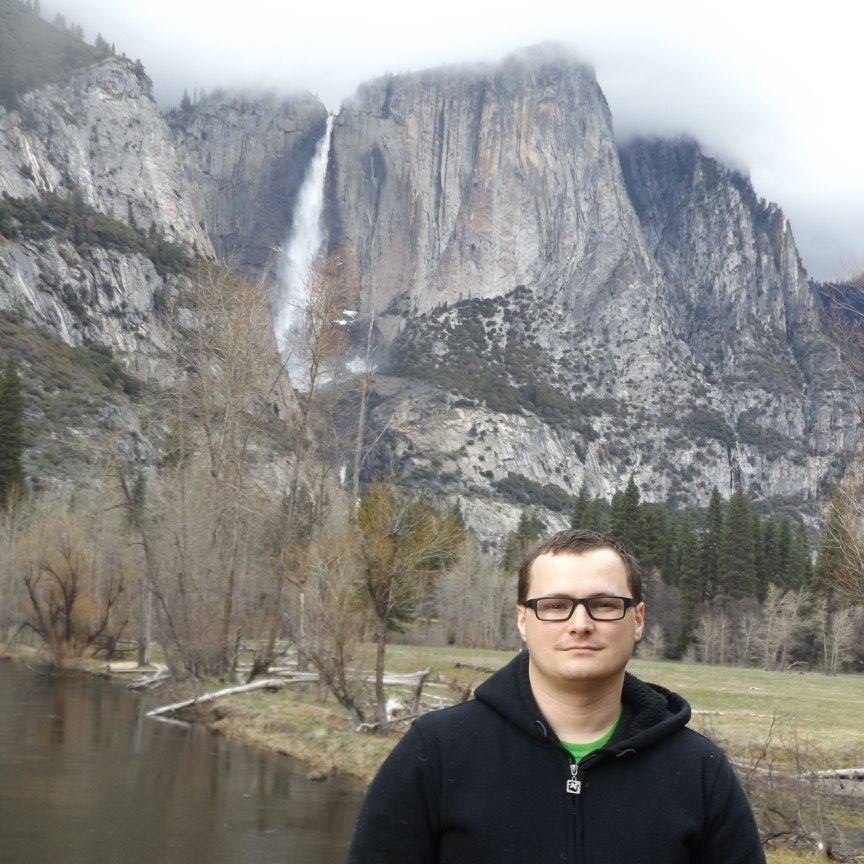 Mike Nitz is the Vice Chair of DA Vietnam, Chair of the DA Veterans Military Families Caucus and GDC Legislation Coordinator. He joined the Navy in 2011 as a shipboard nuclear power plant technician. In 2013, he was admitted to the United States Naval Academy where he studied comparative politics, Arabic, and the history of US-Iranian diplomatic relations. In 2015, he left the Naval Academy to return to active enlisted service in the field of underwater minefield detection and neutralization (not to be confused with explosive ordnance disposal) and served onboard a Minesweeper in Sasebo, Japan from 2016 - 2018. His health deteriorated while stationed in Japan, however, and he was ultimately medically retired from active service in January 2020. He now spends most of his time advocating for improvements to the systems that serve service members and veterans, advocating for disability rights and changes to the civilian disability system, and studying trends in election data throughout the United States. 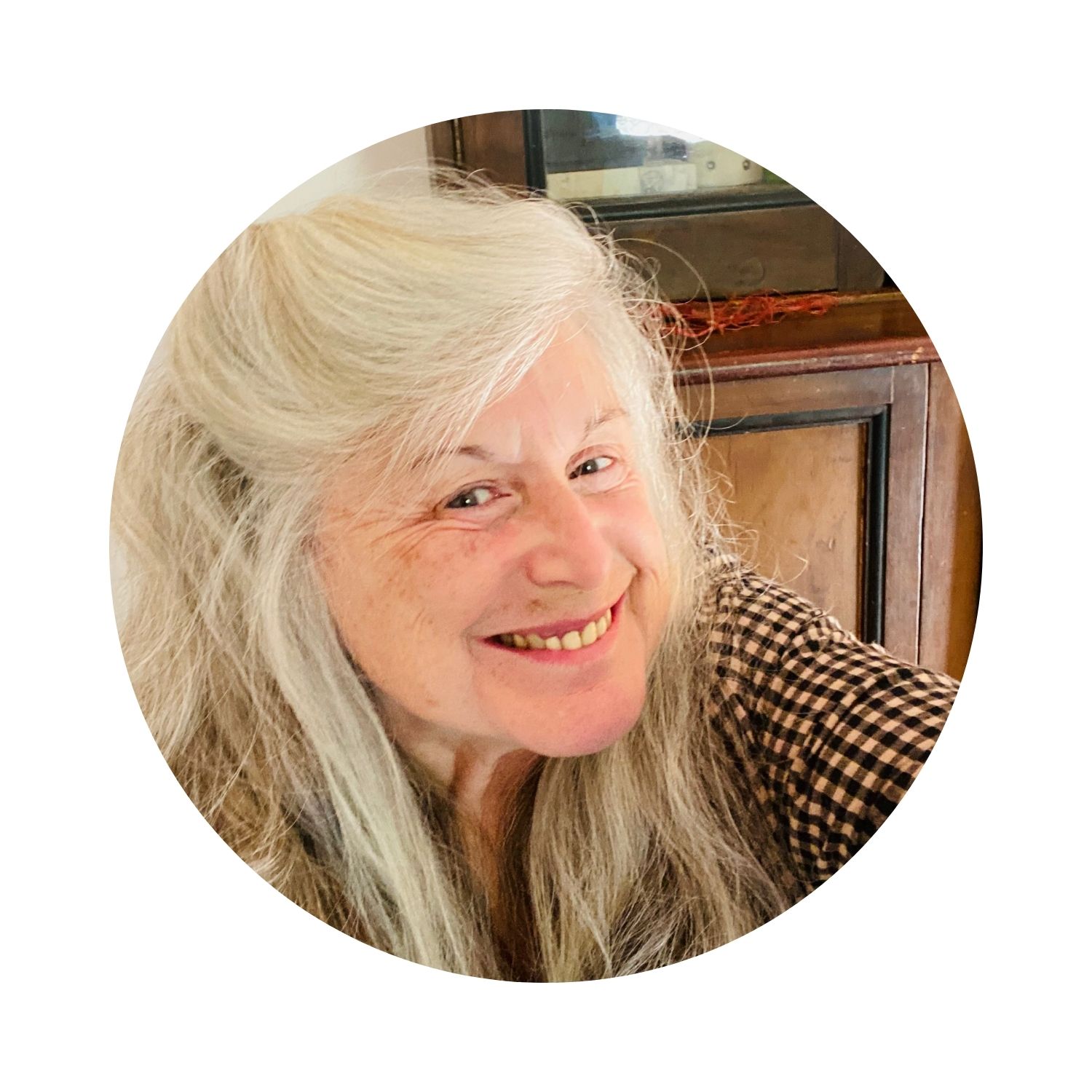 Marnie Delaney has lived in France since the end of 2018.  She spent her working years in marketing/advertising with Ad Agencies In New York, Los Angeles and San Francisco and ran Advertising & Marketing Communications for Bank of America. As a second career she founded an art studio and shop for children and taught art classes as wel

Marnie has been politically involved since the 1960’s with a particular interest in women’s rights issues.  She spent many years involved with the National Organization for Women in Los Angeles, including a term as President which coincided with the nomination of Geraldine Ferraro as Walter Mondale’s VP running mate. She also spent time on the road working on the Equal Rights Amendment campaign and time consulting for political candidates and start-up companies.

Since joining Democrats Abroad, Marnie has served on the GWC steering committee and launched  the Violence Against Women Action Team. Currently she is the Marseille Chapter Secretary, on the Senior Caucus-in-formation team and the Medicare Portability Task Force and Chair of the Global Disability Caucus.

As a large and quite matrixed organization we have a variety of challenges but also phenomenal opportunities. This work gives me purpose and I know that is a feeling shared by many of us. One of the best things about being part of the Democrats Abroad community is getting to know, work with and learn from such an enormous assortment of smart, dedicated, and highly motivated activists. It is like a new gift every day.