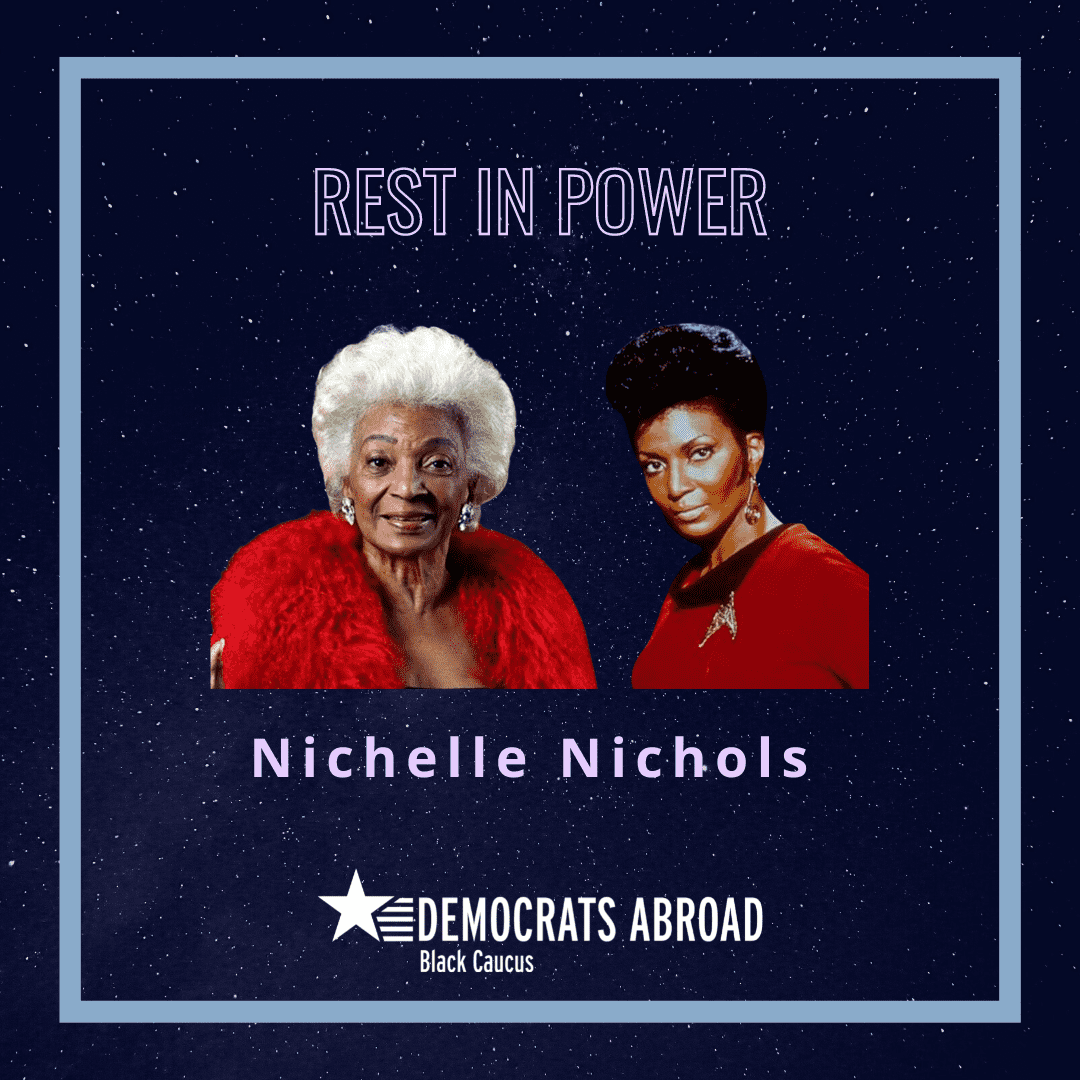 Nichelle Nichols, who made television history in the 1960s with her portrayal of "Star Trek" character Lieutenant Nyota Uhura, has died at the age of 89. In her breakthrough role, Nichols showed an African American woman in a position of power as the fourth in command of a starship. Actress Whoopi Goldberg described the powerful impact that seeing Nichols in this role had on her as a child: "Well, when I was nine years old, Star Trek came on, I looked at it and I went screaming through the house, 'Come here, mum, everybody, come quick, come quick, there's a black lady on television and she ain't no maid!' I knew right then and there I could be anything I wanted to be.”

Nichols once met Dr. Martin Luther King, Jr. at an NAACP fundraiser and he shared that he was a "Trekkie" and "Lieutenant Uhura's most ardent fan." At the time, Nichols was considering leaving the show and King urged her to stay, stating: "'Don't you realize how important your presence, your character is? This is not a black role or a female role. You have the first nonstereotypical role on television. You have broken ground'... 'Here we are marching, and there you are projecting where we're going. You cannot leave [the show]. Don't you understand what you mean?'

Nichols did stay on the show for its entire run and went on to make history again in 1968 as part of one of the first televised interracial kisses in a scene with William Shatner, who played the show's lead character, Captain James T. Kirk.

In a later interview, Nichols admitted that, at first, she didn’t see the significance of it. “I come from an interracial family, and so it was kind of boring for me to be talking about something I experienced every day,” she said. “It was not new to me, because I lived it. But I realized it was new on TV, and I had the opportunity to bring it to the world.”