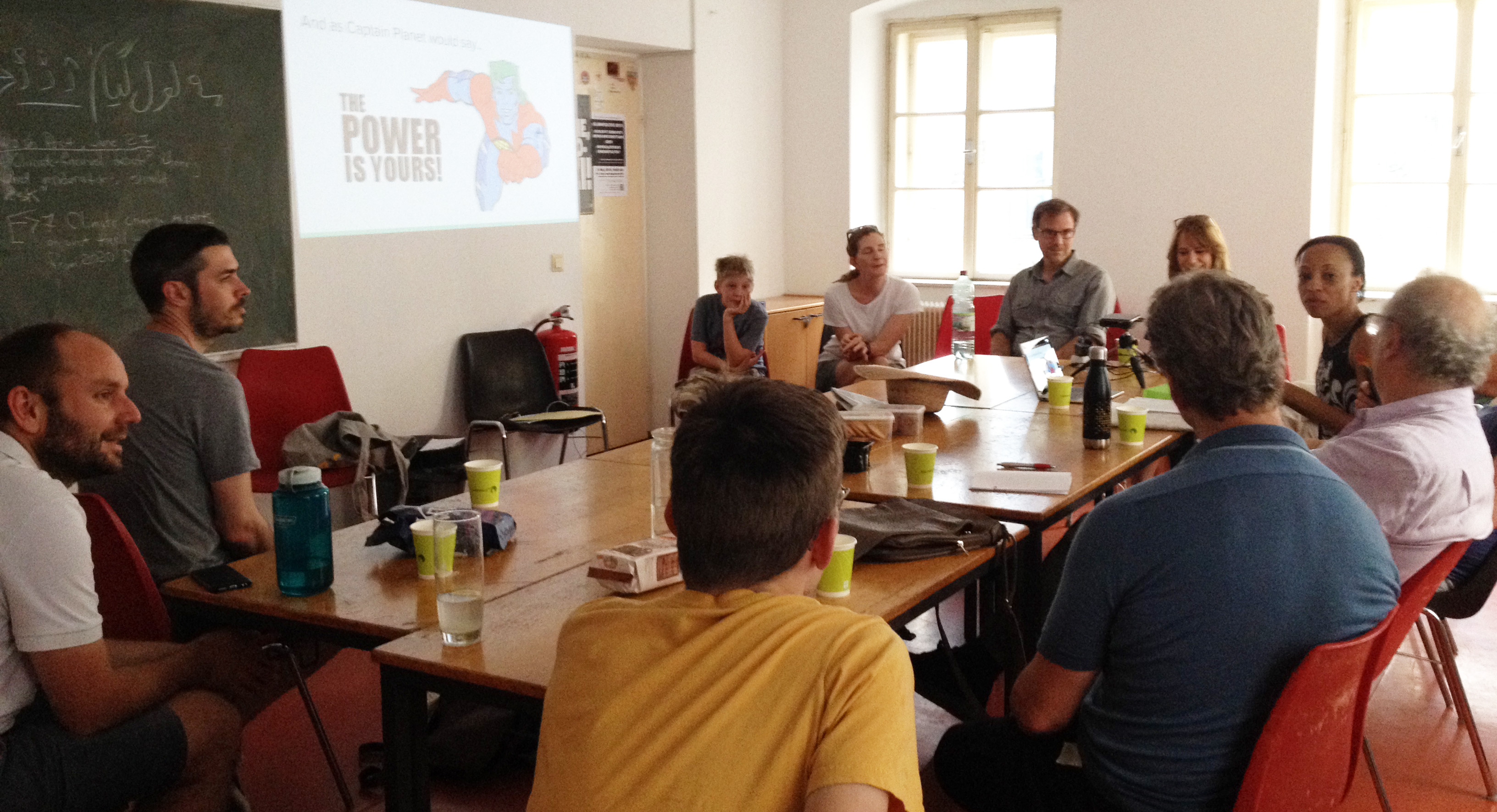 Violent and frequent hurricanes. Record heat waves. Thousand-year floods. Devastating wildfires. Rising sea levels. Species decimation. Climate disruption is here, and scientists tell us we have 10 years to radically decarbonise to keep global temperatures from rising above 1.5 degrees. With the GOP in the pocket of the fossil fuel industry, Democrats are the only party discussing how to address our near-apocalyptic crisis. What are they proposing?

Faith Hall-Herbold took Solidarity Sundays attendees through the key points of the Green New Deal. As the name indicates, the GND is inspired by FDR’s New Deal which addressed the Great Depression. The document is short and radical – short on specific policies and radical in its policy aims. It calls on the US to: (1) enact a climate change action plan to achieve net-zero emissions by 2030; (2) re-structure the economy with cooperation between unions, communities, business, and government; and (3) ensure justice so that coal workers, rural communities, and people of color aren’t left behind during the transition.

It’s a tall order. It’s made more difficult by the fact that the fossil fuel industry is more organized than the renewable energy lobby. But Hall-Herbold identifies two reasons for hope that we can act in time: first is the sorry state of America’s infrastructure. This offers the chance for bi-partisan cooperation to repair and upgrade electricity generation, road and rail transport, and buildings. The GND emphasis on massive federal investment in clean energy is politically appealing – especially now that Democratic candidates have stopped mentioning the politically radioactive “carbon tax”.

The second opportunity resides in the youth movements demanding government action on climate change. Natural systems appear to have “tipping points” in which positive feedbacks accelerate the rush toward disasters. Loss of sun-reflecting snow and ice, for example, accelerates the pace of global warming. Our socio-economic system may be developing “good” tipping points. Alternative energy sources are becoming cheaper than fossil fuels, and may initiate a rapid shift to the former. Political campaigns, too, can have outsized results. Sixteen-year-old Greta Thunberg inspires people to protest around the world through the amplifying effect of the internet and social media. Public support for the policies that will be necessary to transition to a low-carbon economy is critical: more young people voting, and spreading awareness of the costs of climate change hold promise of a good tipping point in the near future.

A global climate strike, expanding beyond school children, has been called for 20 September 2019. It will be followed by a global week of action: http://globalclimatestrike.net. Details on how to participate as part of Democrats Abroad Austria will be in the September DA Newsletter.