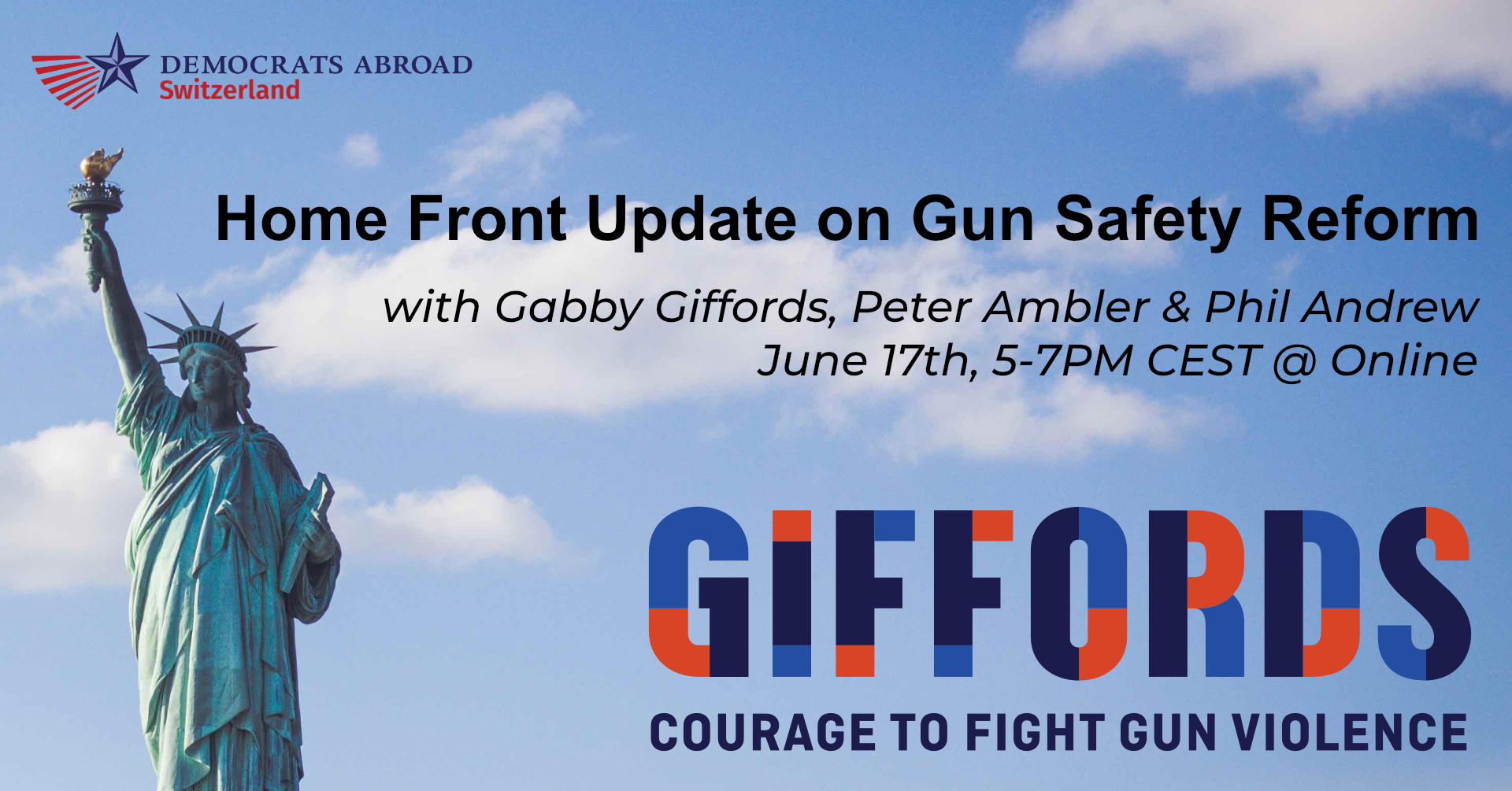 As US citizens living abroad, we have all watched the news with dismay as stories unfold about yet another shooting. It's very easy to feel helpless; what can we do? Many of us live in countries with comprehensive gun regulations (even "liberal" Switzerland) and we want some of those same regulations applied back home.

We have organized an amazing panel of experts to discuss the major developments in firearm policy reform that have been taking shape over the past year. Please join us as we welcome:

Time allowing, there will be a Q&A after their presentation.

WHEN
June 17, 2021 at 5:00pm - 7pm Bern Time
WHERE
WebEx - RSVP to receive details
Bern, BE
Switzerland
Google map and directions