HOW WE REMEMBER AND HONOR DR. KING’S LEGACY 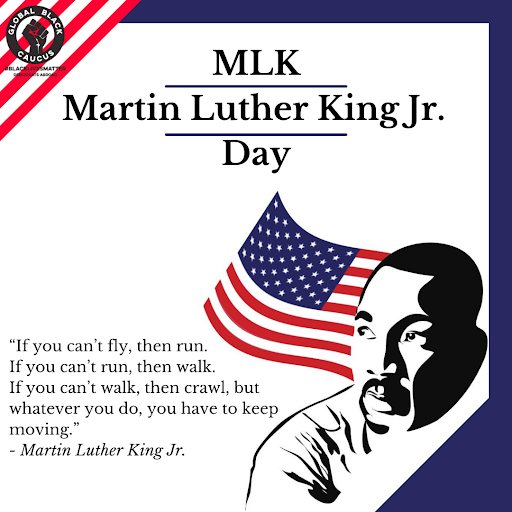 The past year has further exposed the inequalities in American society. From the pandemic to affordable housing, access to education and the effects of climate change. Nowhere has the inequality gap grown more than exercising the right to vote.

While January 6th culminated with a violent act to deny our legal and constitutional right to vote, the assault has persisted. To date, 19 state legislatures have passed laws that make it harder for students, people of color, low income and physically challenged Americans to vote. And there are no less than 163 congressional candidates who believe and campaign on the big lie that the election was stolen.

As we remember Rev. Dr. Martin Luther King, Jr. on what should have been his 93rd birthday, let us not only honor his legacy but uphold it … not fail it! As Americans of all races and creeds living abroad and stateside, our right to vote is not a forgone conclusion.

The pace of voting rights for all citizens has been long and arduous. It has taken over a century for America to give all U.S. citizens the right to vote. Yes, 100 years. When Black men were given the right through the 15th amendment, restrictive state laws, poll taxes, literacy tests and grandfather made it nearly impossible to vote. When women got the right to vote in 1920, it did not include minority women. From 1924 to 1962, Indigenous, Asian and Washington D.C. residents were enfranchised.

It was not until the passage of the Voting Rights Act of 1965 that enforced the 15th amendment at the federal level to become one of the most far-reaching and important civil rights legislation in U.S. history.

This was the life’s work of Dr. King … his legacy. Dr. King gave his life for this. We stand on his and the shoulders of Hosea Williams and John Lewis. We must uphold the dream.

Today, our voting rights lie in peril as states have, 100 years later, enacted laws that restrict all of our access to the ballot. How will we meet this moment? How will we honor Dr. King’s legacy?

Why is this taking so long? If segregationists and trickle down theorists can protect voting rights, Senators Manchin and Sinema can support the Freedom to Vote: John R. Lewis Act.

Rest in power, Dr. King. We honor you. We will not fail you.

Video Excerpt of Dr. Martin Luther King's speech - I HAVE A DREAM