How to Speak Science with Dr. Tammy Bosler 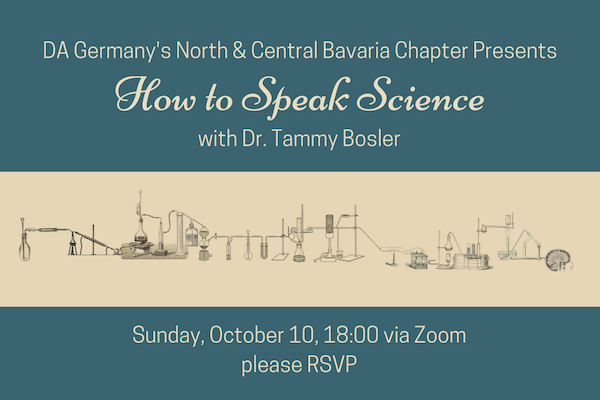 In the current moment, there is a lot of discussion of science. “What does the science say?” “The science doesn’t back that up!”

But if you haven’t been trained in a scientific discipline, ‘the science’ can seem like a different language. And if you haven’t learned the language, how can you be expected to understand?

Dr. Tammy Bosler is here to help. With a background in science education, outreach and policy, she has experience in helping onramp people to scientific literacy.

You won’t come out of this session with a Ph.D., but reading the newspaper and talking to your brother-in-law might be a bit less bewildering.

The intuitive exploration of human experience through ancient spiritual traditions and the stoic analytical approach to scientific methodology: two systems that compliment each other beautifully to one who is well versed in both traditions. Tammy is someone well-versed in these fields and is passionate about expressing how these systems can be used to support our integration of life with science in a meaningful and rewarding way.

She received her Ph.D. in physics from UC Irvine in 2004, while working on her academic research in astrophysics, she also developed an extensive public outreach program with local schools and community members that reached thousands of people with the inspiration of science. She worked as a science policy intern at the National Academies in 2005. Following her time at the Academies, she worked at the National Science Foundation as a Science Policy Fellow for the AAAS (The American Association for the Advancement of Science) where she helped with funding of the national ground-based astronomy program.

In addition to her dedication to science, Tammy is a long-time practitioner of Yoga and Zen, which she started practicing over 20 years ago while embarking on her science career. In the past decade, she has shifted her professional work to the therapeutic applications of Yoga and mindfulness practices locally in Regensburg, on retreats in Italy and (thanks to technology) internationally over Zoom before it was cool.

Visit safespacesyoga.com for more details and links to cool stuff.