Welcome to Guyana - Committee in formation!

HOW TO VOTE FROM GUYANA

DA Guyana is a fully formed and operating DA committee of under 150 members, hence, called a "Committee-in Formation" as we build our membership.
We are located in the north-east of South America, bordering the North Atlantic Ocean.  A former British colony, Guyana is the only English-speaking country in South America.

Guyana is a continental country with a Caribbean culture. We share a post-colonial history with the English-speaking Caribbean, but we are not a Caribbean Island.

Guyana is an oil producing nation with over 9 billion barrels of oil reserves; over 3000 Americans and their dependents are working in the Petroleum industry in Guyana. 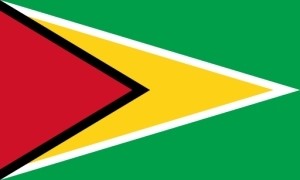