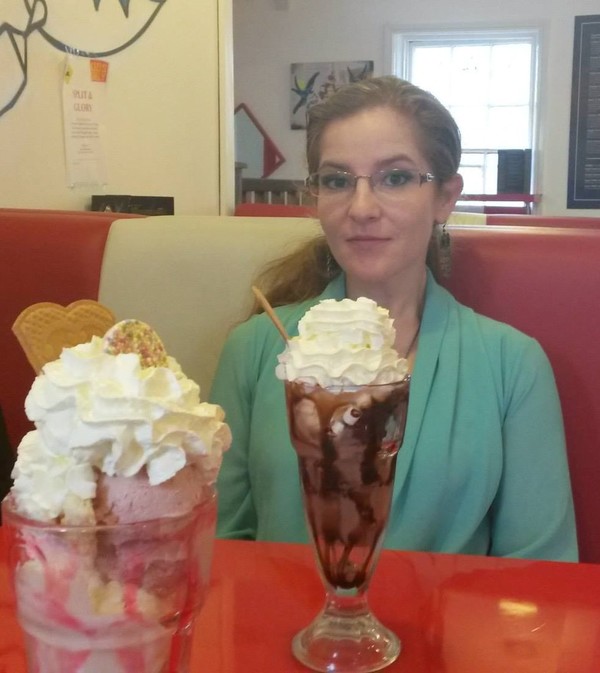 I am the first person in my family to earn a PhD. My mother wanted to attend my graduation more than she wanted to attend my wedding. She herself never even finished her baccalaureate. She had dreamed first of being an astronaut and wrote NASA as a little girl to ask what she should do to prepare. They wrote back that she should instead find a husband. Then she dreamed of being a nurse, but had to suspend her studies when my father – a refugee with his own unlikely American story – received a job offer in another state. My mom eventually built up her career culminating in a position at the Pentagon where she called on her experience as a paralegal and as an IRB coordinator to write regulations for medical research, but while she lived to see my doctoral research completed she passed away before I was able to graduate. My mother died of pancreatic cancer at 62 years of age. This is a cancer increasingly linked to biological stress factors including extreme psychological stress. While there may have been additional factors contributing to my mother’s death I do believe that had ERA been incorporated into the constitution in 1972 – or more appropriately in 1787 – my mother might have had a longer and happier life. When I was a small girl she warned me that I should never find myself lashed to some man and growing up I increasingly understood why.

The stories from my father’s side of the family were epic and heroic. My great-grandfather had defied the Nazis to help procure paperwork for and release prisoners headed to death camps. My grandfather had stood in defiance of both Nazis and the KGB and for his efforts was tortured and twice narrowly escaped execution. My grandparents escaped with my father by putting him in my grandmother’s bicycle basket and side by side bicycling over a minefield to freedom.

But the stories on my mother’s side of the family were hushed and told with a sense of shame. My grandmother had raised two children on her own telling anyone who made assumptions that their father was deceased. My grandmother’s sister-in-law recognizing what her brother was doing to his family packed him up and forced him into a treatment program. My great aunt found out that she and my grandmother were being underpaid relative to their male colleagues and – unsuccessfully – demanded fair wages. My great-grandmother worked out an arrangement with another grandmother in the neighborhood to split childrearing duties so that their daughters could continue to work. This quiet feminine resilient bravery runs through my mother’s family history. There was no machine gun fire over their heads or glowering fascists and sneering torturers. There was no midnight flight or the desperate need to master a foreign language for survival. There was just a constant drip of unsupported and disrespected self-reliance. My grandfather’s illness was not the fault of his sister or my grandmother or my mother but all of them were nonetheless blamed for it. And yet they persisted.

In my own life although I belong to the nebulous millennial generation I have experienced obscene and dangerous levels of sexism. Crimes – particularly hate crimes – against women are not taken seriously. Simply for supporting a friend who had been attacked in high school I faced disciplinary action. She faced far worse. I have often been the only woman in the room and often subjected to threats of violence, overt harassment in various forms, extreme bullying, and – of course – actual violence. Now with a PhD in hand I face a new form of discrimination. Never mind that I had to clean up after male colleagues and was not given the supervision they were. Never mind that they spoke over me at meetings and were given preference for use of equipment I had written the proposals and gotten the money to purchase. No, even now as the first person male or female in my family to receive a doctorate degree many Americans insist I should use Ms. rather than Dr. as my title. They insist despite my years of research, hard work, enduring ridiculous indignities, being overlooked for funding largely on the basis of my sex, and putting my health on the line for my research I’m being “uppity,” or “elitist,” for daring to use the title I earned which my mother desperately wanted for me. Because ERA is not passed I have spent my youth being shown to the back of the line and I will never catch up.