An Optimist's View of the 2022 Midterms with Richard Greene, "the Civics Dean" - And Special Guests Rep. Ted Lieu (CA 33) and Actor Richard Schiff ("The West Wing") 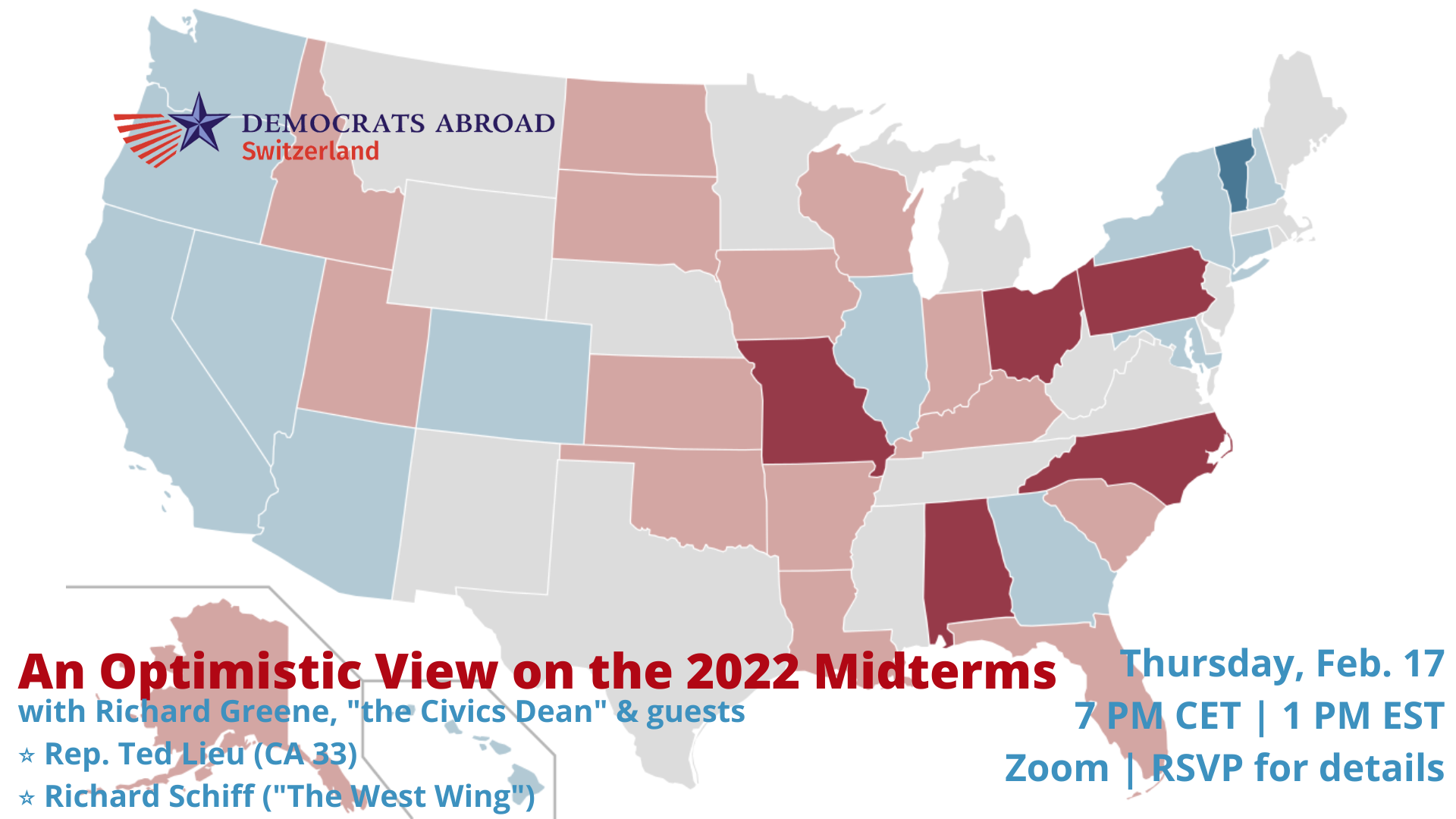 Please join our Global Forum on Thursday, February 17 at 1 PM Eastern (7 PM CET) as we debate, question, and challenge the notion that we can't win the 2022 Midterm Elections, with Richard Greene, Congressman Ted Lieu (CA-33), and Richard Schiff.

Richard Greene, called "The Best Idea Guy in America" has a revolutionary, super simple, and gamified approach to engaging the likely 120 million Americans who will NOT otherwise be voting (including several million abroad). He believes, as he says, that we are "on the 2-yard line" of getting virtually EVERYTHING we and America as a whole have wanted for decades. And that with the election of "Just. 2. More." in the midterms, we can, and will, get there. He is ready for you to challenge his optimism!

Congressman Lieu will share his perspectives on the 2022 midterms and offer some thoughts on what is going on in Congress and will answer your questions.

And Richard Schiff will share his thoughts on where we are and what he and the Hollywood community can do to keep The Donald Trump Party from returning to power, in 2022 and, of course, in 2024.

"The Civics Dean" is a Political Communication Strategist, former attorney, "Civics Educator", author of "WTF are 'The Midterms?'" and hosted "Hollywood CLOUT!" on Air America Radio, a show that followed Rachel Maddow for 3 years.

Ted W. Lieu represents California’s 33rd Congressional District in the House of Representatives and is serving his fourth term. He currently sits on the House Judiciary Committee and the House Foreign Affairs Committee. Ted is a former active duty officer in the U.S. Air Force; retiring with the rank of Colonel.

Richard Schiff is an actor and director best known for playing Toby Ziegler on The West Wing, a role for which he received an Emmy. He had a recurring role on the HBO series Ballers. Since September 2017 he has had a leading role in ABC's medical drama The Good Doctor.

Do you have a question you would like answered during this Salon?

Great! Please submit your question(s) beforehand via this Google Form. This will allow Richard to prepare and respond to as many questions as possible.

Want more events like this or have a suggestion?

Let us know in this short form!

This event is an adaptation of our Democrats Abroad Switzerland National Salon.