Our team covers subjects relevant to women's lives, and encourages timely conversations on topics related to our existence as compassionate, informed citizens.

Welcome to our our Books Abroad blog space. Check here for information, insights, reviews and tips from our wonderful feminist literature team experts! 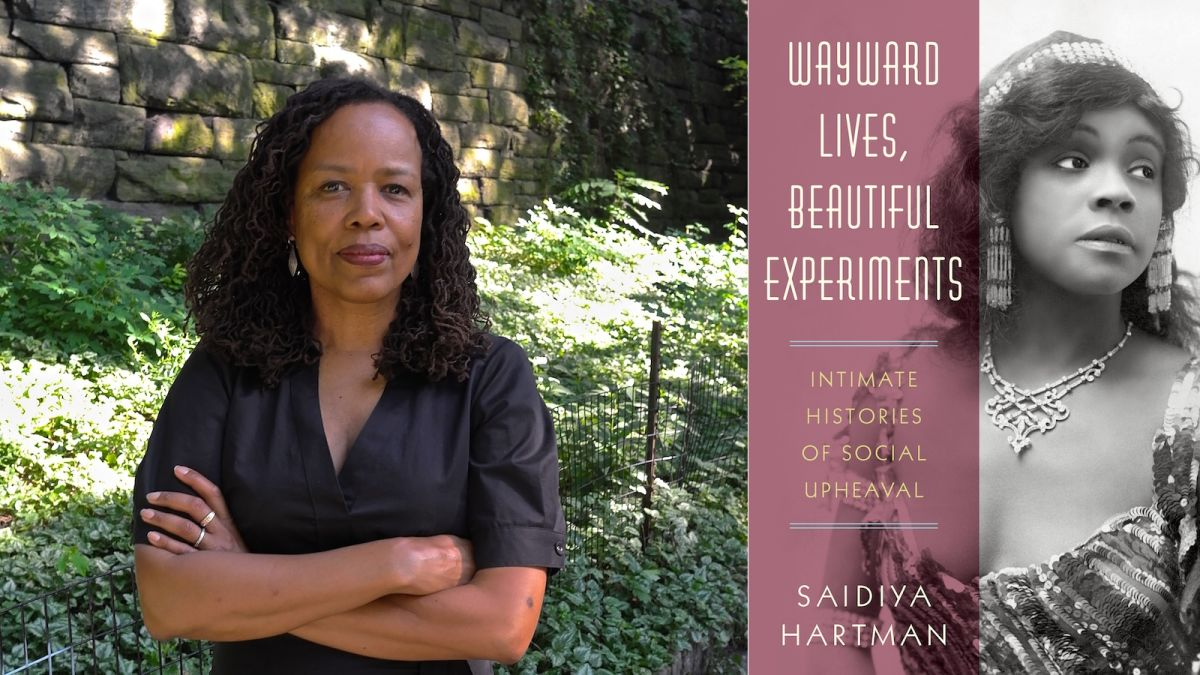 You won’t find these names on any list of notable African Americans. Yet, they are some of the women whose lives scholar Saidiya Hartman excavates in “Wayward Lives, Beautiful Experiments,” The Global Women’s Caucus Books Abroad book choice for Black History Month.

Why would a book group devoted to feminist literature select a book about women who seem to be, at best, unremarkable; and at worst, societal deviants, misfits, juvenile deliquents? After all, there are so many other books about noteworthy women to read this February in the historic year of the election of the first woman of color as Vice President of the U.S, in the year following the most profound struggle for Black lives in recent times.

Women’s stories are often omitted from history, and where there is a lack of women’s stories there is a dearth of stories about Black women. Where there are stories, the narratives are frequently told by men. Women are either portrayed as minor figures or depicted as larger-than-life, ultra-human titans, to the effect of erasing the full breadth of their humanity. This is not to suggest that the great African American women usually celebrated during Black History Month should not be so honored; however, there are women who were not accomplished in the way we typically define it, yet who were instrumental in shaping American culture.

Before the second wave feminist movement, which came to define the tenets of feminism most recognizable in the popular imagination, young African American women who migrated from the American South to Philadelphia and New York (among other urban centers, where upwards of 6 million African Americans re-located at the turn of the century) were a part of shaping new ways of imagining American womanhood. Saidiya Hartman calls them wayward. They eschewed social norms and expectations of respectability. They refused domestic labor, they lived with romantic partners (men and women) unmarried, they claimed marriage and gave themselves new names as they saw fit, and they rejected do-gooder white people who tried to “improve” their lives. They dressed as men and had wives. They were radical.

As Sam Huber wrote in The Nation, they ‘inaugurated modernity before Gatsby,’ before blues singers like Bessie Smith were captured on phonograph, and before Alain Locke heralded a “New Negro” in the arts.’

Had these women been white men, they would have inspired novels, movies, music.

History has not completely ignored them all. Gladys Bentley was famous when she was alive, and Edna Thomas was the personal secretary of Madame C.J. Walker. But they have never been written about quite like this.

There is another reason why this book is so timely. Because the historical accounts are sparse, Hartman uses a genre-defying style to tell the stories. The work is deeply researched -  she makes use of private diary entries, medical records, receipts, and small press journal and newspaper articles, among other sources - but bits of dialogue and narrative have been imagined by Hartman herself.

Work that recounts history with a different lens has been under heat in recent years, like Nikole Hannah Jones’s 1619 Project for The New York Times Magazine. But works like these are more important than ever. If the narrative has erased or undersold stories by and about women, then scholarly, journalistic, and artistic work that seek to undo these omissions are in order.

Hartman posits that these women lived lives of great imagination and will. Though state- mandated oppression sought to strip them of free will at every turn, their will to live on their own terms is what makes them notable. In a time when social and systemic norms are (thankfully, in some cases) being undone, imagination, defiance, and intuition are tools to re-create the world as we know it are necessary. They are tools women have always used to survive. The relatively unknown African American women centered in “Wayward Lives, Beautiful Experiments” knew this. They haven’t been recognized or written about in all of their glory until now. We’re reading.

Join us on Sunday Feb 21st at 2pm CET for an engaging discussion of Wayward Lives, Beautiful Experiments by Saidiya Hartman.

A unique, genre-bending book, Wayward Lives, Beautiful Experiments explores the revolution of Black intimate life in Philadelphia and New York at the beginning of the twentieth century by examining the untold history of women who led “wayward” lives and rejected conventionality in response to being denied access to the American Dream.

In response to the amazing energy of our Breakout session at the GWC inauguration event, the women of Books Abroad are pleased to invite you to BOOKS AND COCKTAILS!

Join us for a fun, informal meet & greet where we share some of our favorite reads by or about women!
Bring your favorite book recommendation and make one of our suggested cocktails (or any other cocktail you like!) and for an informal conversation about the books we love. You will meet some of our newest volunteers and help us plan our 2021 lineup.
RSVP to join and receive the Zoom link.
Here are our (alcoholic and non) cocktail suggestions:

Loosely fill the glass with ice, then pour over the gin and the pear juice. Add a good squeeze of lemon and swizzle enthusiastically with the rosemary sprig (cut stem down) and leave in the glass. Add a few slices of lemon and top with soda just before serving.

Combine the honey and 3T grapefruit juice in a small saucepan, heat over low temperature until honey is smooth and the mixture is warm throughout. In a mixing cup, add the ice, remaining grapefruit juice, 1/2 tsp. finely chopped rosemary and one sprig of fresh rosemary, Add in the warm simple syrup made from grapefruit juice and honey. Place lid on tightly and shake 30 seconds or until chilled. Add fresh sprigs of rosemary and add sliced mini grapefruits to the side of the glass.

RSVP on the event page to receive the Zoom link.

What We’ve Read So Far

The Mother of All Questions by Rebecca Solnit

Not That Bad edited by Roxane Gay

The Awakening by Kate Chopin

The Woman Upstairs by Claire Messud

The Bluest Eye by Toni Morrison

Good and Mad: The Revolutionary Power of Women by Rebecca Traister

Caste: The Origins of Our Discontent by Isabel Wilkerson

Suggestions for what we should read next?

Wayward Lives, Beautiful Experiments by Saidiya Hartman explores the revolution of black intimate life in Philadelphia and New York at the beginning of the twentieth century by examining the untold history of women who led “wayward” lives and rejected respectability in response to being denied access to the American Dream.

“In wrestling with the question of what a free life is, many young black women created forms of intimacy and kinship that were indifferent to the dictates of respectability and outside the bounds of the law. They cleaved to and cast-off lovers, exchanged sex to subsist and revised the meaning of marriage. Longing and desire fueled their experiments in how to live. They refused to labor like slaves or to accept degrading conditions of work.”

It is a unique, genre-bending work that is deeply researched and melds history to the literary imagination.

Key historical figures like Ida B. Wells, W. E. B. Du Bois and Billie Holiday make appearances, but Hartman’s narrative focuses on lesser-known women who have been overlooked historically and are usually invisible in official archives.

This is sure to be an engaging discussion that will hopefully spark conversation about a rarely discussed aspect of Black history. We look forward to seeing you there!

RSVP on the event page to receive the zoom link.
Event Start Time by Location

In 2020, Books Abroad read four books, curated a Feminist reading list, and hosted discussions with more than 150 participants from three continents. We will continue to cover subjects relevant to women's lives in the personal and political spheres, and choose books that encourage timely conversations on topics related to our lives as compassionate, informed citizens. If you are interested in volunteering, please fill out this form or contact [email protected]. To get regular updates, please join the Women's Caucus. 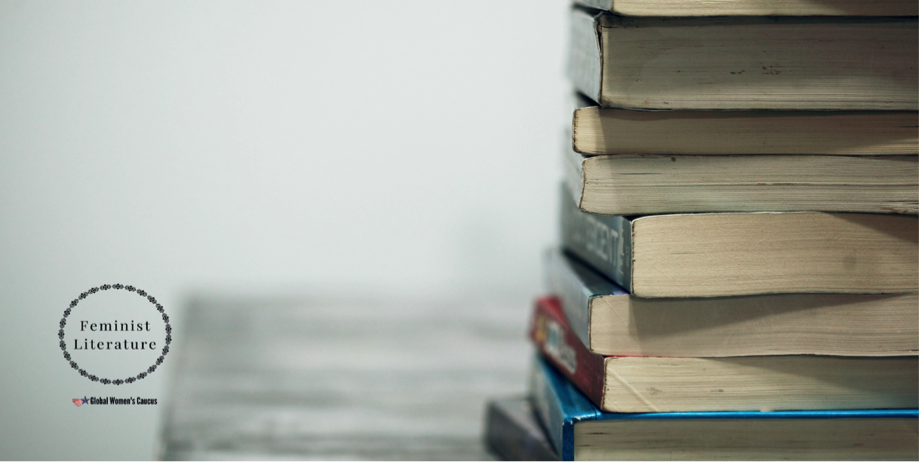 Books Abroad, the Global Women’s Caucus feminist reading group, is excited to announce its summer reading pick, Good and Mad: The Revolutionary Power of Women's Anger by Rebecca Traister. Save the date, September 20th, for an engaging discussion of the history of female anger as political fuel. We hope this pick makes a great summer read and gives you food for thought during election season. We look forward to seeing you again in September!

The organizing team would also like to introduce Joy Notoma as the group's next discussion facilitator, as Kelsey McLendon is moving back to the U.S. to pursue other opportunities.

Thank you to all who joined our discussion on Mother's Day.

Are you interested in immersing yourself more in the wonderful world of feminist literature, but don’t know where to start? Here are a few important, provocative and empowering books to recharge your feminist batteries!

A Vindication of the Rights of Woman, by Mary Wollstonecraft (1792)

A Vindication of the Rights of Woman: with Strictures on Political and Moral Subjects(1792), written by the 18th-century British proto-feminist Mary Wollstonecraft, is one of the earliest works of feminist philosophy. In it, Wollstonecraft responds to those educational and political theorists of the 18th century who did not believe women should receive a rational education. She argues that women ought to have an education commensurate with their position in society, claiming that women are essential to the nation because they educate its children and because they could be "companions" to their husbands, rather than mere wives. Instead of viewing women as ornaments to society or property to be traded in marriage, Wollstonecraft maintains that they are human beings deserving of the same fundamental rights as men. (Wikipedia)

GWC is proud to join with other Americans in celebrating Black History Month.  Toward this goal, we've compiled a list of books, news stories and podcasts that commemorate the history and achievements of African-American women:

15 Books to Read by Black Female American Writers:This curated list includes some of the best and most impactful works by Black American women writers.