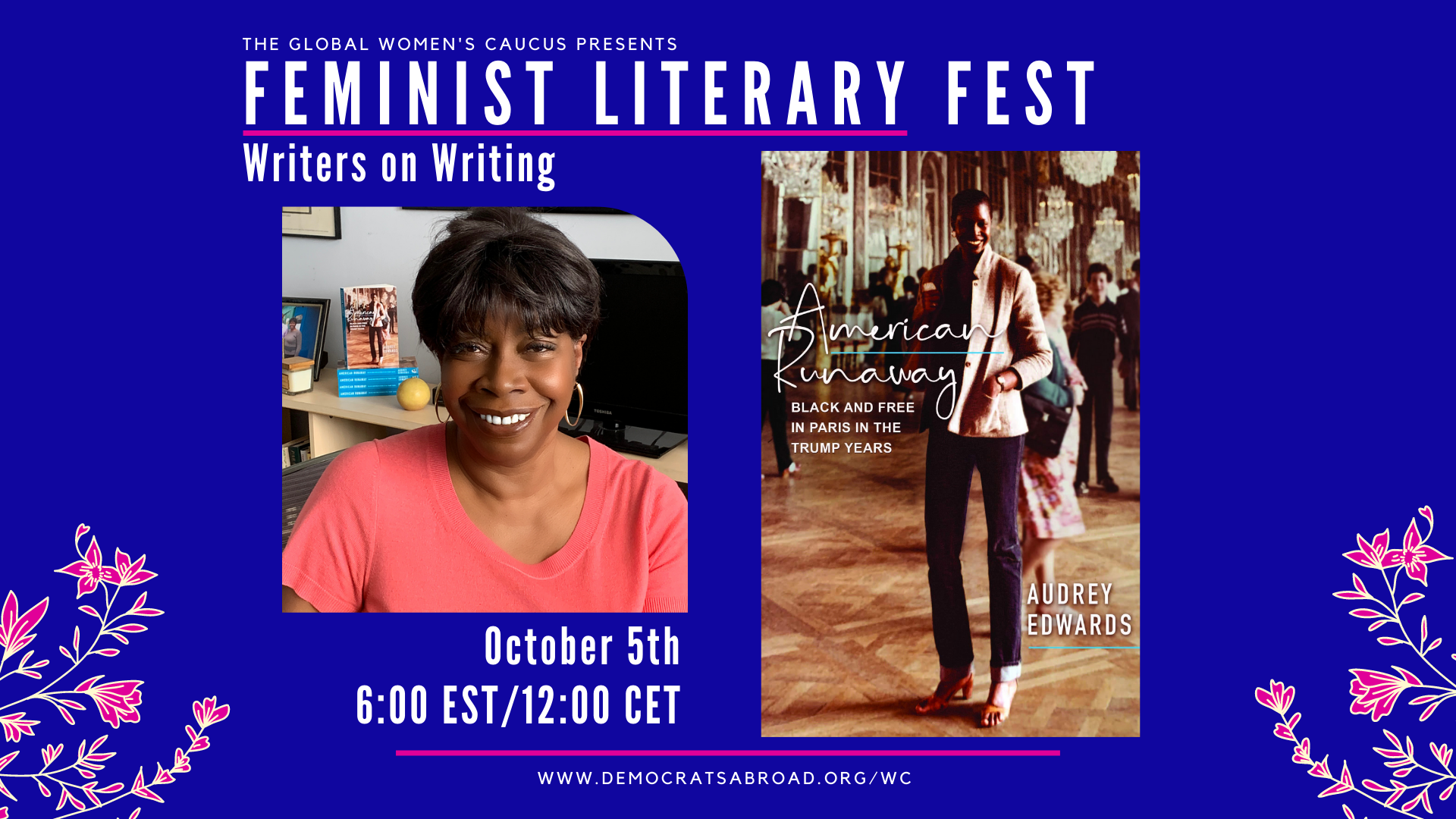 Audrey Edwards has authored seven books. Her latest work, AMERICAN RUNAWAY: Black and Free in Paris in the Trump Years (August Press, 2020), is a wise and wisecracking memoir on Ms. Edwards’s decision to run from America following the election of Donald J. Trump as President of the United States. Paris has historically offered refuge to Black Americans running from American racism. Ms. Edwards was running as an older, retired Baby Boomer who had benefited from the enormous social and political gains of her generation’s revolutionary activism. She was not inclined to remain in America watching those gains come under assault by the new Donald Trump political regime.

Whether doing international reporting under the aegis of the United Nations on the effects of a drought in sub-Saharan Africa in 1984, or interviewing influencers as diverse as Oprah Winfrey and Maxine Waters, Audrey Edwards has had a 40-year career as a journalist with work that has won awards, been used in university courses, and referenced on national television talk shows. A former senior-level editor for the national publications Essence, where she was Editor and Executive Editor; Black Enterprise, where she served as Executive Editor and Vice President of Editorial Operations, and Family Circle and More magazines, holding Senior Editor titles at both, Ms. Edwards’s magazine years were spent mostly in Black-owned and women’s-oriented media where she assigned, edited, reported, and wrote about issues of race and gender for large, mass media audiences.

Angela Fobbs will be in conversation with Ms. Edwards, followed by audience Q&A.