2019 Pride The Streets Tell Our Story 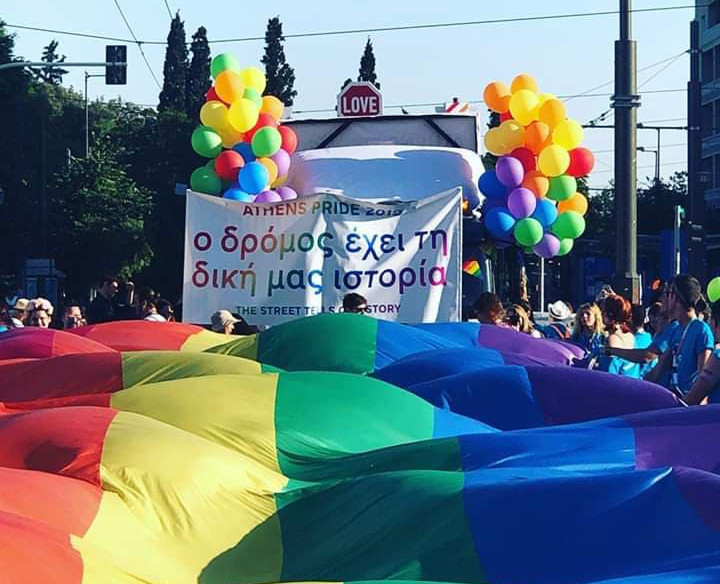 These were the resounding themes as PRIDE was celebrated in Athens Greece on Saturday June 8th. 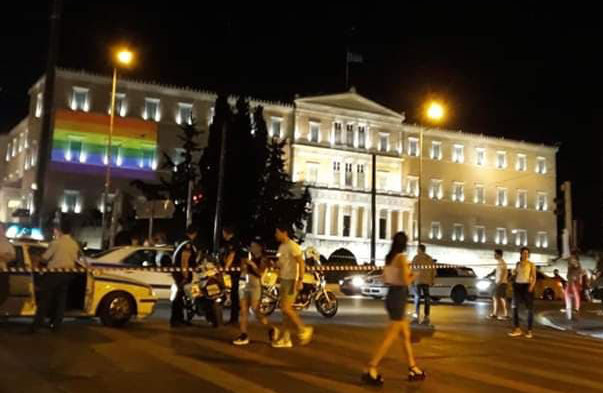 In the city’s central square of Syntagma, with a foreground of the parliament building and a background of the Parthenon, residents came out filling the space in full color resonating the rights of equality and freedom. 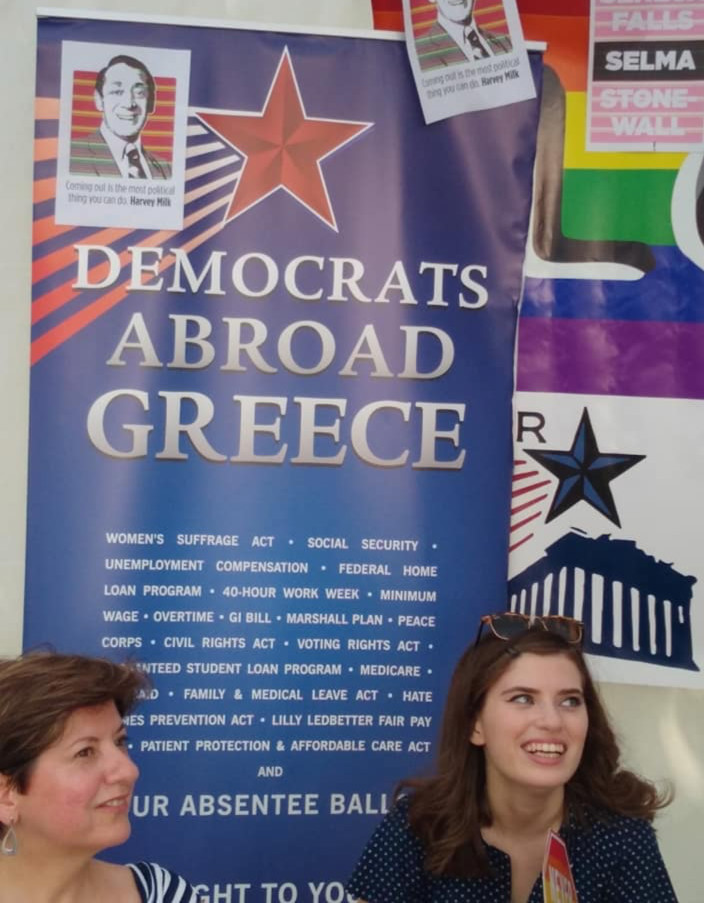 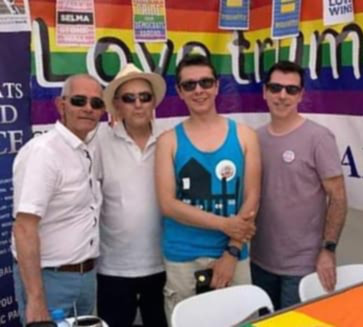 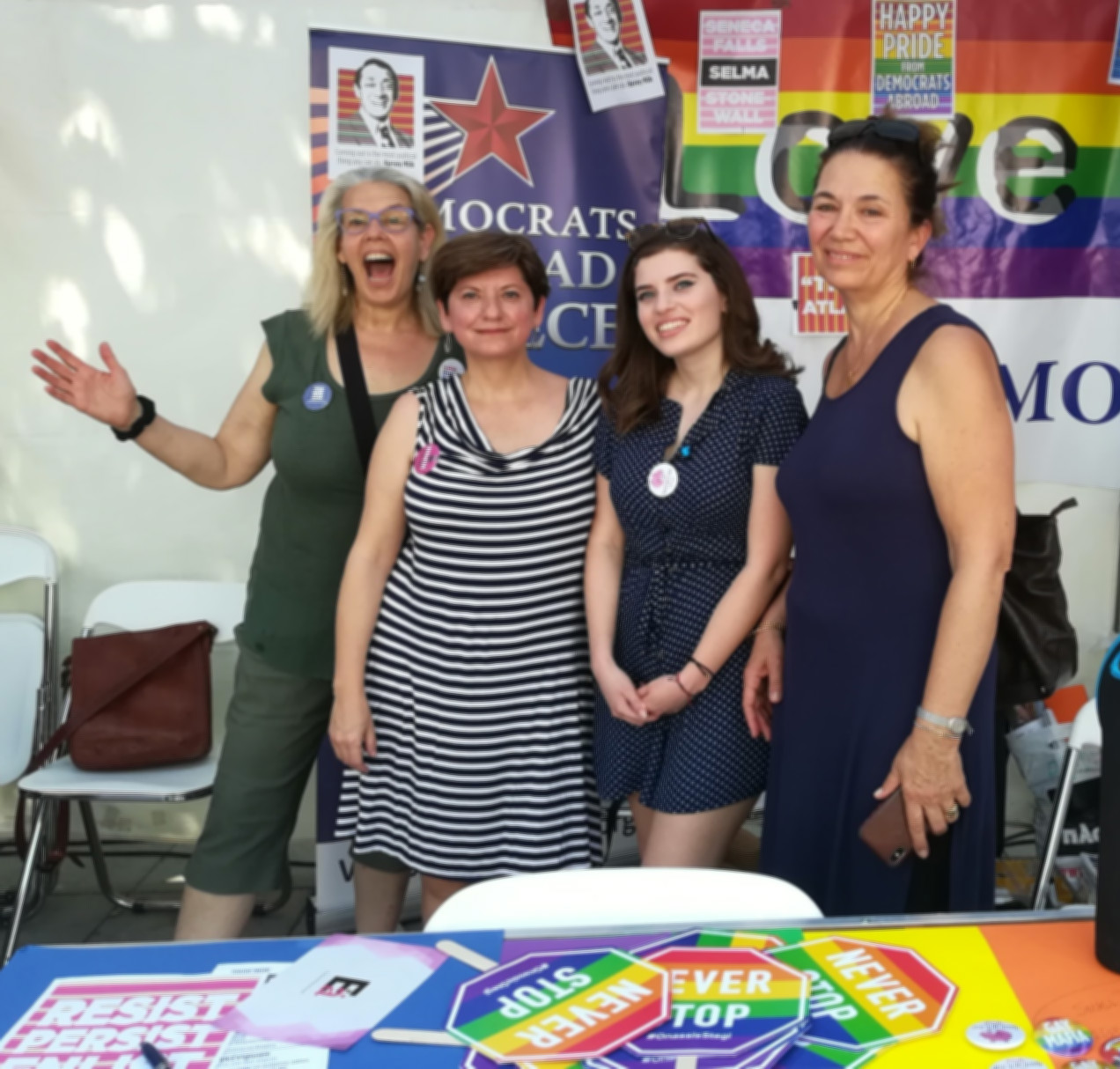 Democrats Abroad Greece (DAGR) was there from 11 am until 8 pm with a booth, promoting equality, inclusion and freedom as well as voter registration, of which there were several inquiries. The kiosk had some funky buttons to send loud and clear messages in the heart of democracy’s place of birth.

DAGR Chair, Steve Medeiros, said, “What has been especially heartening and exciting during the five years that DAGR has participated in Athens Pride events has been to watch the steady growth in participation each year and the way in which our city has come to embrace the celebration. Amazing to watch out and proud Athenians come together with their fellow citizens to celebrate Pride and support and promote the rights of LGBTQ citizens in Greece. DAGR is proud to have once again been a part of this clarion call for dignity, freedom and equality for all. Though much has been accomplished, this is no time for complacency. Under the Trump administration, LGBTQ rights are again under attack across America. We must remain vigilant and keep up the fight. ”

Volunteers gathered from early on greeting visitors to the booth and marching in the parade that took place at 6:30pm. 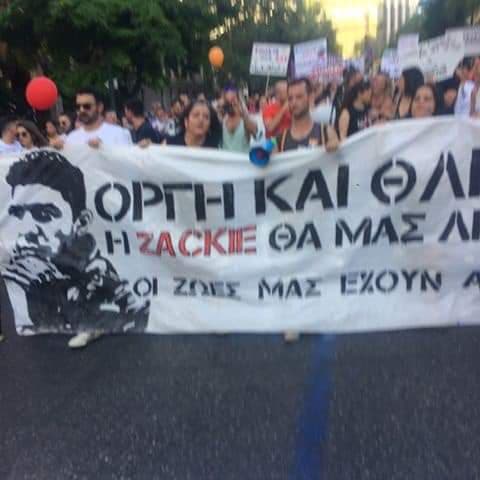 This year’s event was dedicated  to a well-known drag queen - “Zackie O” /Zack Kostopoulos who was brutally murdered last September in what has been labelled a hate crime. 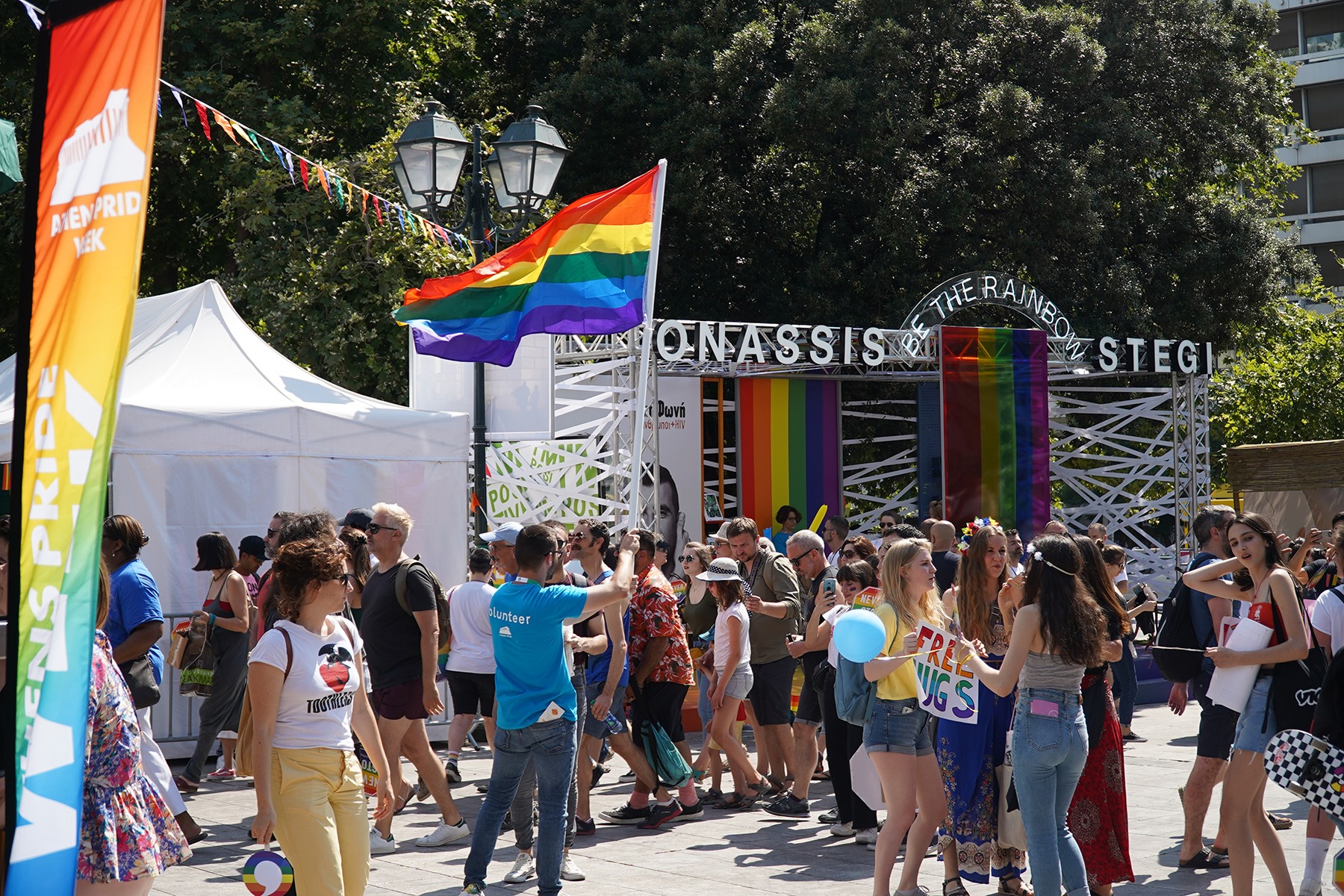 Athens Pride 2019 highlighted the role of “the road as a democratic area of ​​ revolution, and triumph in the face of injustice and brutality. This year’s poster, celebrating Athens Pride in its 15th year, presents emblematic moments from the history of LGBTQI.

“On June 8, 2019, people marched across the historic streets of Athens to claim their PRIDE-freedom, equality, inclusion. But that is not enough. On every road we walk, we claim our freedom and our security from any form of abuse and violence. The street belongs to all of us equally.”, Athens Pride 2019 posted. 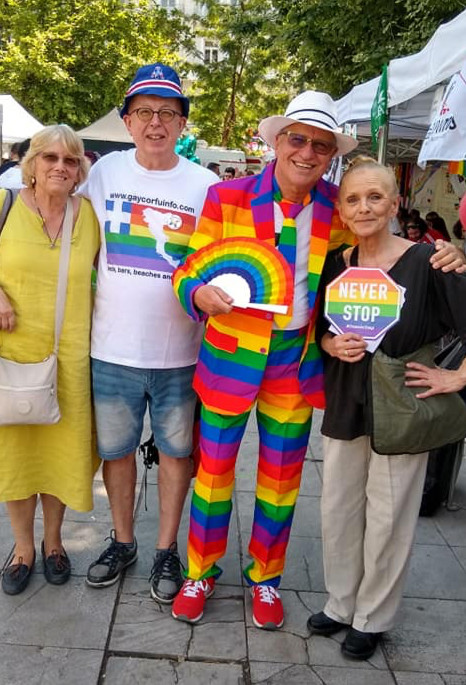