BOOKS TO READ THIS MONTH

*Images and text to be used for educational purposes only*

Our Time is Now by Stacey Abrams

A recognized expert on fair voting and civic engagement, Abrams chronicles a chilling account of how the right to vote and the principle of democracy have been and continue to be under attack. Abrams would have been the first African American woman governor, but experienced these effects firsthand, despite running the most innovative race in modern politics as the Democratic nominee in Georgia. Abrams didn't win, but she has not conceded. The book compellingly argues for the importance of robust voter protections, an elevation of identity politics, engagement in the census, and a return to moral international leadership.

Private Politics and Public Voices: Black Women’s Activism from World War I to the New Deal by Nikki Brown
This political history of middle-class African American women during World War I focuses on their patriotic activity and social work. Nearly 200,000 African American men joined the Allied forces in France. At home, black clubwomen raised more than $125 million in wartime donations and assembled "comfort kits" for black soldiers, with chocolate, cigarettes, socks, a bible, and writing materials. Given the hostile racial climate of the day, why did black women make considerable financial contributions to the American and Allied war effort? Brown argues that black women approached the war from the nexus of the private sphere of home and family and the public sphere of community and labour activism. Their activism supported their communities and was fuelled by a personal attachment to black soldiers and black families. Private Politics and Public Voices follows their lives after the war, when they carried their debates about race relations into public political activism.Nikki Brown is Chair of the History Department at Grambling State University.

Unceasing Militant: The Life of Mary Church Terrell by Alison Parker
Born into slavery during the Civil War, Mary Church Terrell (1863–1954) would become one of the most prominent activists of her time, with a career bridging the late nineteenth century to the civil rights movement of the 1950s. The first president of the National Association of Colored Women and a founding member of the NAACP, Terrell collaborated closely with the likes of Frederick Douglass, Ida B. Wells, and W. E. B. Du Bois. Unceasing Militant is the first full-length biography of Terrell, bringing her vibrant voice and personality to life. Though most accounts of Terrell focus almost exclusively on her public activism, Alison M. Parker also looks at the often turbulent, unexplored moments in her life to provide a more complete account of a woman dedicated to changing the culture and institutions that perpetuated inequality throughout the United States.

The Buddha in the Attic by Julie Otsuka
Between the first and second world wars a group of young, non-English-speaking Japanese women travelled by boat to America. They were picture brides, clutching photos of husbands-to-be whom they had yet to meet. Julie Otsuka tells their extraordinary, heartbreaking story in this spellbinding and poetic account of strangers lost and alone in a new and deeply foreign land. 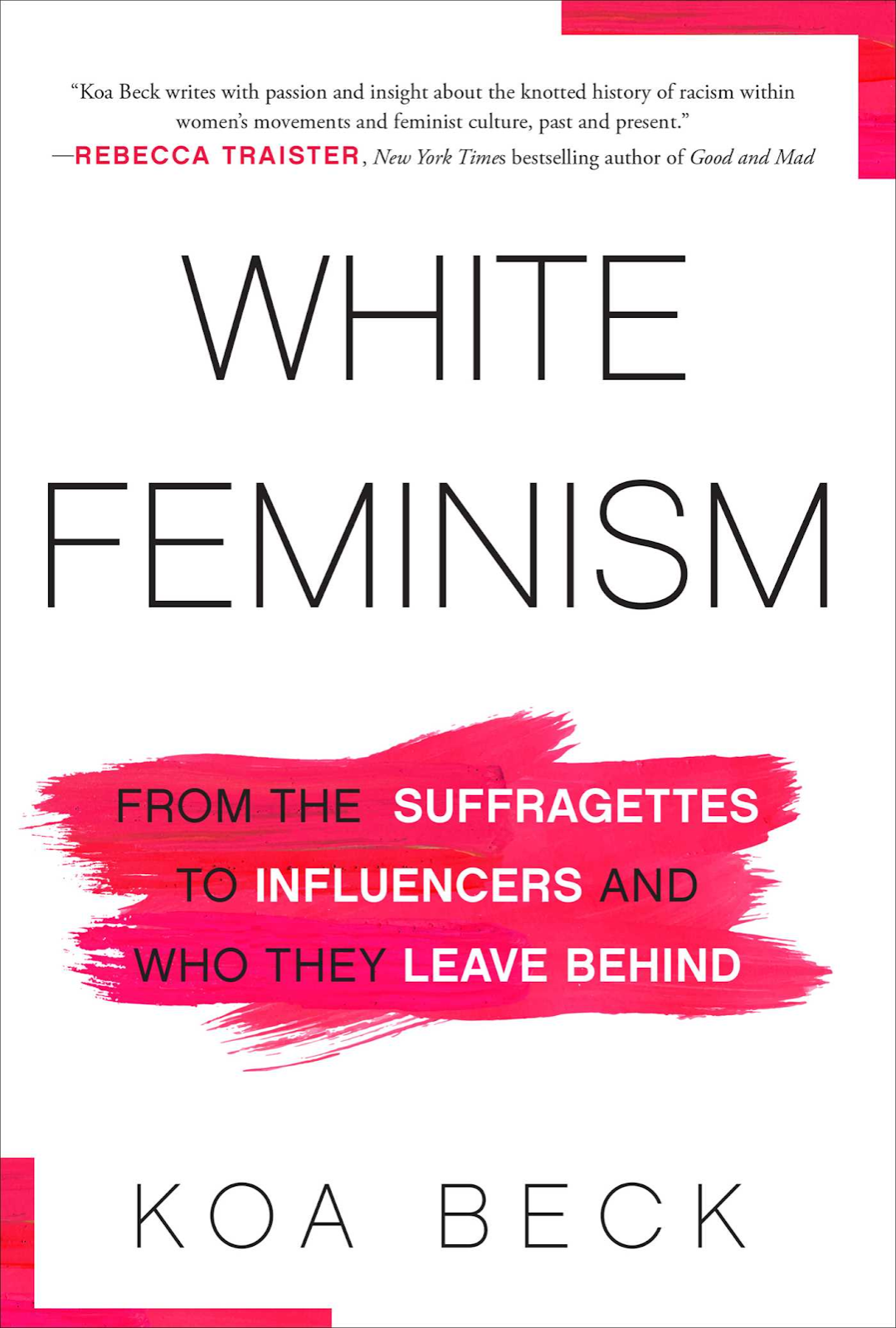 White Feminism: From the Suffragettes to Influencers and Who They Leave Behind by Koa Beck
Join the important conversation about race, empowerment, and inclusion in the United States with this powerful new feminist classic and rousing call for change. Koa Beck, writer and former editor-in-chief of Jezebel, boldly examines the history of feminism, from the true mission of the suffragettes to the rise of corporate feminism with clear-eyed scrutiny and meticulous detail. She also examines overlooked communities—including Native American, Muslim, transgender, and more—and their difficult and ongoing struggles for social change.

Good and Mad: The Revolutionary Power of Women's Anger by Rebecca Traister
In the year 2018, it seems as if women’s anger has suddenly erupted into the public conversation. But long before Pantsuit Nation, before the Women’s March, and before the #MeToo movement, women’s anger was not only politically catalytic—but politically problematic. The story of female fury and its cultural significance demonstrates the long history of bitter resentment that has enshrouded women’s slow rise to political power in America, as well as the ways that anger is received when it comes from women as opposed to when it comes from men.

No Small Courage: A History of Women in the United States by Nancy F. Cott (Editor)
Enriched by the wealth of new research into women's history, No Small Courage offers a lively chronicle of American experience, charting women's lives and experiences with fascinating immediacy from the precolonial era to the present. Individual stories and primary sources-including letters, diaries, and news reports-animate this history of the domestic, professional, and political efforts of American women.

Suzanne Simard is a pioneer on the frontier of plant communication and intelligence; she’s been compared to Rachel Carson, hailed as a scientist who conveys complex, technical ideas in a way that is dazzling and profound. Now, in her first book, Simard brings us into her world, the intimate world of the trees, in which she brilliantly illuminates the fascinating and vital truths—that trees are not simply the source of timber or pulp but are a complicated, interdependent circle of life; that forests are social, cooperative creatures connected through underground networks by which trees communicate their vitality and vulnerabilities with communal lives not that different from our own. In her book, as in her groundbreaking research, Simard proves the true connectedness of the Mother Tree to the forest, nurturing it in the profound ways that families and human societies nurture one another, and how these inseparable bonds enable all our survival.