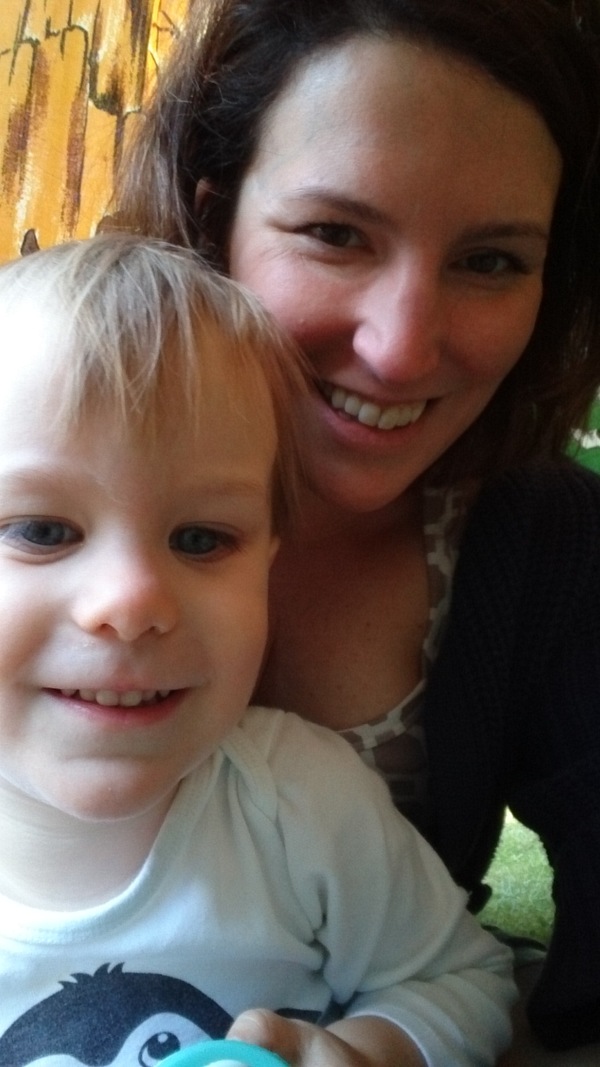 I was diagnosed with Crohn's disease at the end of my sophomore year of college, in 1998. The disease has no cure, and while it can be managed, it is at times excruciating --- both due to the physical manifestations and symptoms, but also for the mental anguish involved. It takes a toll, especially on youth. I had never given a thought to insurance or deductibles, never given a thought to chronic illness or preexisiting conditions. Health insurance was a nightmare. I will never forget my doctor telling me after I was diagnosed that I would have to find a job after college with a corporation or somewhere with a large coverage pool. In essence, Insurance would determine my fate. My fate and freedom were tethered to health insurance. It would tell me when I had to leave graduate school, where I could work ---that I had to, because of a malfunctioning protein, find a job, indeed career, almost solely based on health insurance.

I'm fortunate I had parents who had the resources and wherewithal to do things like hire attorneys and file complaints with the state insurance commissioner every time I was denied medication and treatment – what happened to the folks pre-ACA who couldn't do these things? At one point, when my doctor prescribed an expensive miracle drug fresh off FDA approval, he was forced into sending pleading faxes to the insurance company, lobbying on my behalf. The profiteers and money makers were clearly in charge --- telling the doctors what they could and could not do and prescribe. Like some sort of modern iteration of the greek gods, I can only think the insurance bureaucrats must have enjoyed the trials and tribulations they insouciantly and nonchalantly doled out, all to maximize profits for their corporate shareholders. There was the time I had fasted for 24 hours in preparation for a test, only to get to the hospital and have the nurse tell me that when she tried to run a pre-approval, insurance wasn't going to pay for the test. There was the time I had my expensive infusion of medicine at the hospital and insurance had changed the rules about where they would pay for patients to have it done. There are dozens more of these „There was the time“ tales. Every time I got something in the mail from insurance it meant I would be out a few hundred or thousand dollars or have to make fraught phone calls. It was stress on top of stress. And I had the best, most expensive, most premium, top tier insurance offered by my employer.

In 2007 I quit my teaching job and moved to Germany, my (German) fiancee/soon-to-be-husband and I agreeing that things would likely be better for me here, both for a saner and slower pace of life as well for the universal healthcare. After getting into the insurance system upon marriage( for which my husband pays a small percentage of his salary that is matched by his employer) I was almost immediately able to visit a leading university specialist through a call from my then-new General Practitioner (with whom I have ALWAYS, without exception, gotten a same day appointment, likely within an hour of when I call, for matters both minute and more serious)The specialist put me on a similar (exceedingly costly) medical regime to what I had back in Kentucky except that instead of insurance rigamarole like EOBs and copays and deductibles I get, every two months, a 10 euro invoice from the clinic pharmacy. I pay 60 euros a year for infusions that total approximately 42,000 euros each year. I recently paid just 5 euros for antibiotics, and my three year old son, like all children under 18 in Germany, gets all of his medication for free. All his appointments are free. Furthermore, I think back to my pregnancy --- a time when I have never felt more supported and cared for by a medical system. Me --- a foreigner whose German is pretty dubious at times --- getting better, more reliable care than I had ever had in my native country with seemingly the best of everything.  I had a midwife I saw with no out of pocket costs from 12 weeks of pregnancy to three months after delivery, as well as two Ob/GYNs (my regular one and a specialist for potential complications). There were never bills in the mail for any of these services (I suppose they were simply sent straight to insurance and because the health insurance industry is so heavily regulated in Germany and not dependent on turning a profit, they just pay for things. No quibbles, no arguing).  Our almost weeklong hospital visit for our son's birth consisted of free buffets 3 times a day and sharing a room with my new baby and husband. At the end of the 6 days we went to the hospital discharge area and paid 60 euros for everything and we even had free parking at the hospital. That was it. And that's the beauty of healthcare here in Germany --- that really is it. There are no hidden charges anywhere, no traps set by bureaucrats, no bankruptcies looming for a devastating illness that could come out of nowhere. You start to feel safe with this kind of system.

To this day, though, when I receive mail from our insurance company here, I still shudder and open it nervously, expecting denial of coverage or trickery and an obscure reason why they don't want to cover something. It always ends up being a customer satisfaction survey, a free stress-reduction massage, or a reminder about free prevention programs. I am a refugee of the American Healthcare system, pre ACA. I don't say that to denigrate the experiences of true refugees from war torn countries who are in imminent daily danger of death, and I am fully aware of the privileges afforded to me as a white middle class American --- namely, I am considered an expat, as opposed to an immigrant or a refugee --- someone who moved to Germany voluntarily. But I felt as if my well-being and life were in danger under the old health insurance system and it seems it would be doubly so now. It struck me as a good idea to move here in 2007, but it's a necessity to stay here now. I'd never get insurance again. It bears saying again: I am a refugee of the American Healthcare system.