It is Meet the Team Monday!  Today, we continue our blog series with an interview with our National Communications Coordinator - Robin Guinot. 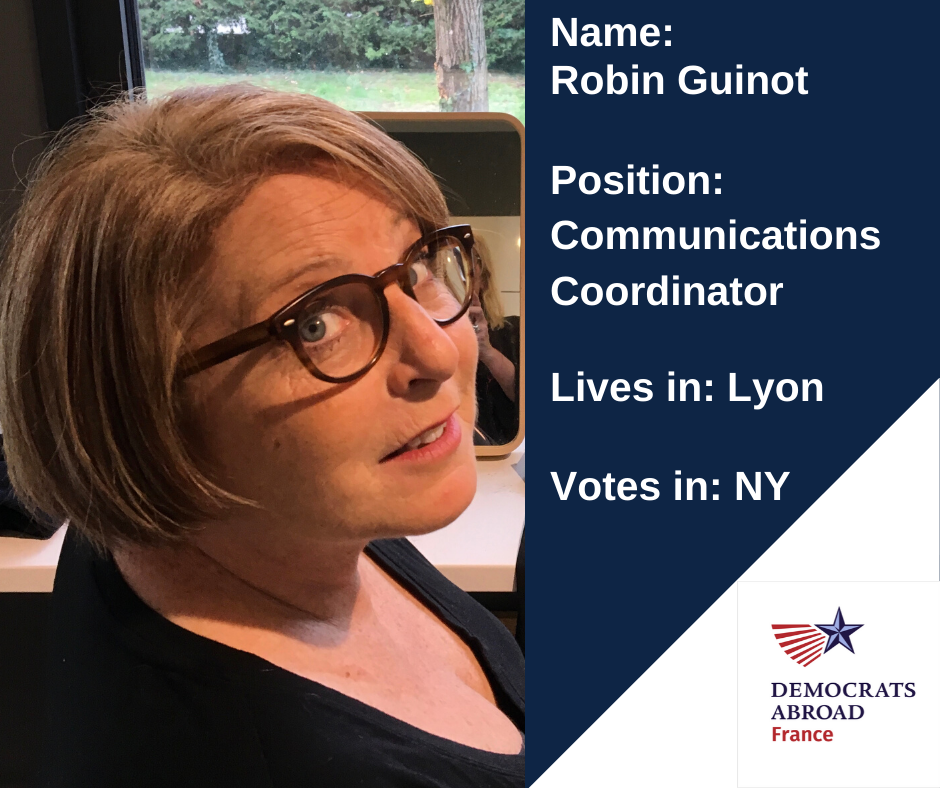 Robin Guinot is the National Communications Coordinator of Democrats Abroad France. Since her appointment and subsequent election to this new position on the national executive committee, she has worked tirelessly to create a coherent ‘branding’ for both national and chapter communication, to expand DAF’s social media presence and provide support for our GOTV efforts, and find new ways to engage the progressive community of Americans across France.

Robin initially joined DAF in 2017 and went on to help found the Lyon Chapter.

“Like many people, I became involved in DA after the 2016 elections,” she explained. “ At the time, there was no chapter here in Lyon, so I showed up at a meeting, not knowing what to expect. But the interest among expat Americans here was so strong, we were able to create a new chapter right away!”

Robin was first elected chapter Vice Chair of the Lyon Chapter and then, in 2018, assumed the responsibilities of Chapter Chair.

Now, on to some fun facts about Robin:

If you are interested in contributing to the communications activities of Democrats Abroad France in 2020, please get in touch with Robin at [email protected].  There are plenty of different ways that you can contribute to our efforts to WIN BIG and WIN BLUE in 2020!