June 28th marks the 50th anniversary of the Stonewall Riots, a flashpoint in Gay Rights activism in that took place in Greenwich Village, New York City. What happened in the early hours of June 28th at the Stonewall Inn and the days that followed were by no means a stand-alone event, but the culmination of years of efforts by an LGBTQIA+ community seeking equality in the 1950’s and 60’s and inspiration for generations to come.

At a time when LGBTQIA+ rights are under attack in the United States and around the world, the Pride Parades are a way to celebrate these communities and to take a stand for equality, visibility and inclusion.

Come join the LGBTQIA+ community to celebrate this important anniversary and help fight for LGBTQIA+ rights at one of the many Gay Pride marches (Les Marches de la Fierté) in France throughout June and into July. You can find helpful guides to French Pride marches and events here and here.

If you have never been to a Pride Parade, you have missed experiencing an outpouring of joy, love and inclusion. Wondering if there will be other Americans celebrating Gay Pride Month in France? Of course there will be! But if you want to be 100% sure, reach out to your chapter leadership and help organize a Democrats Abroad France group at your local event. 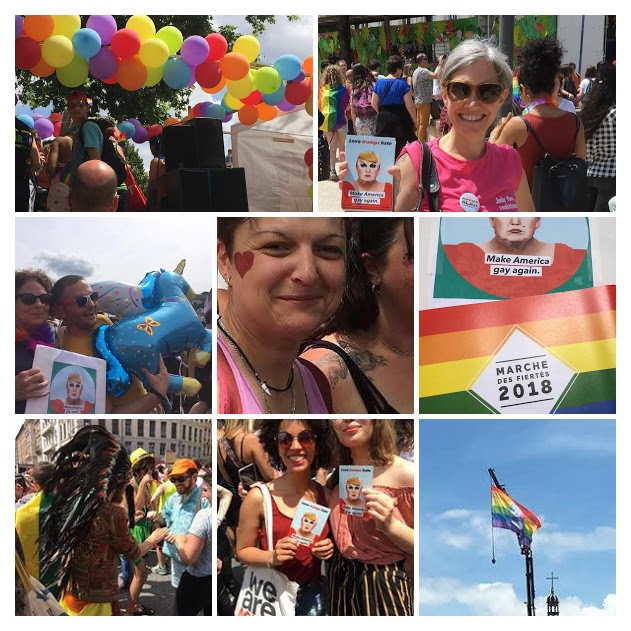 Highlights from the 2018 Pride Parade in Lyon.