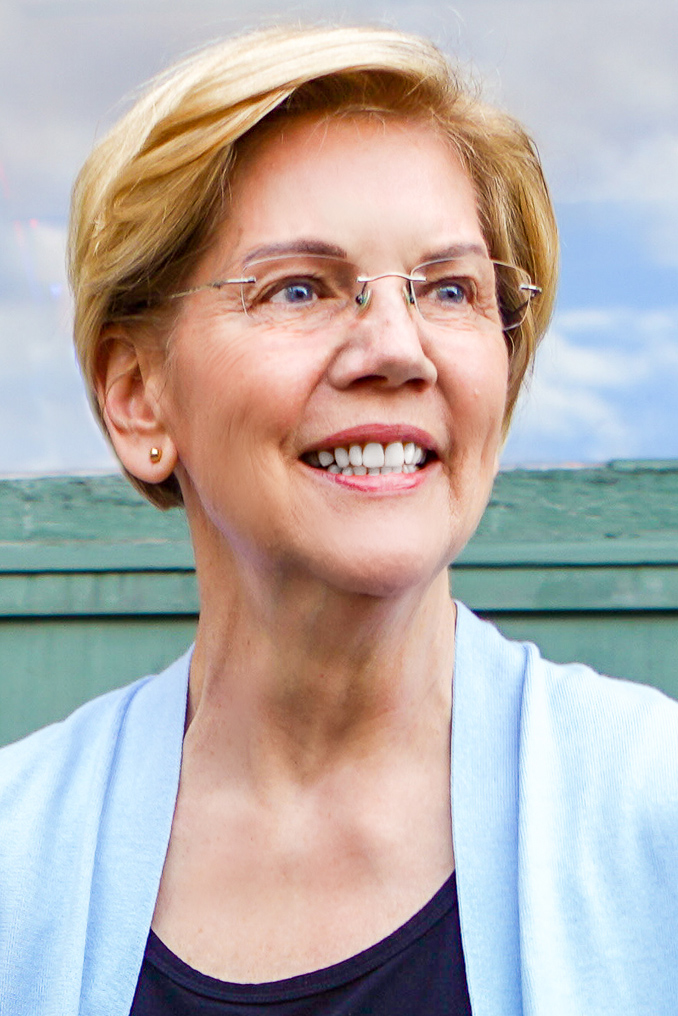 Campaign Statement: Elizabeth Warren grew up in Oklahoma on the ragged edge of the middle class. Her dad sold fencing and carpeting at Montgomery Ward, and ended up as a janitor. She has three older brothers who served in the military and her oldest brother was career Air Force with 288 combat missions in Vietnam.

When Elizabeth was twelve, her dad suffered a heart attack. He was out of work for a long time and the medical bills piled up. They lost the family station wagon and were about an inch away from losing their home, when her mom got a minimum wage job answering the phones at Sears. Back then, a minimum wage job could support a family of three. That job saved their home, and it saved their family.

Elizabeth has spent her whole career studying why America’s middle class has been hollowed out. She fearlessly takes on giant corporate special interests like big banks and credit card companies that cheat consumers and undermine small businesses. She goes after shady for-profit schools that rip off students, veterans, and taxpayers. She relentlessly fights to end the influence of big money in politics.

Elizabeth got to become a teacher, a law professor, and the senior senator from Massachusetts because America invested in kids like her. She is in this fight to build an America that works for everyone.

Elizabeth and her husband Bruce have been married for 38 years. They have three grandchildren and a golden retriever named Bailey.