Objective: Have Women’s Caucus or other interested members facilitate a conversation comparing the history of women’s movements and the state of women’s rights in the U.S. versus the country where you live.

GWC will provide basic background information for the United States. All you need to do is some very simple google searching to find matching facts for your country. 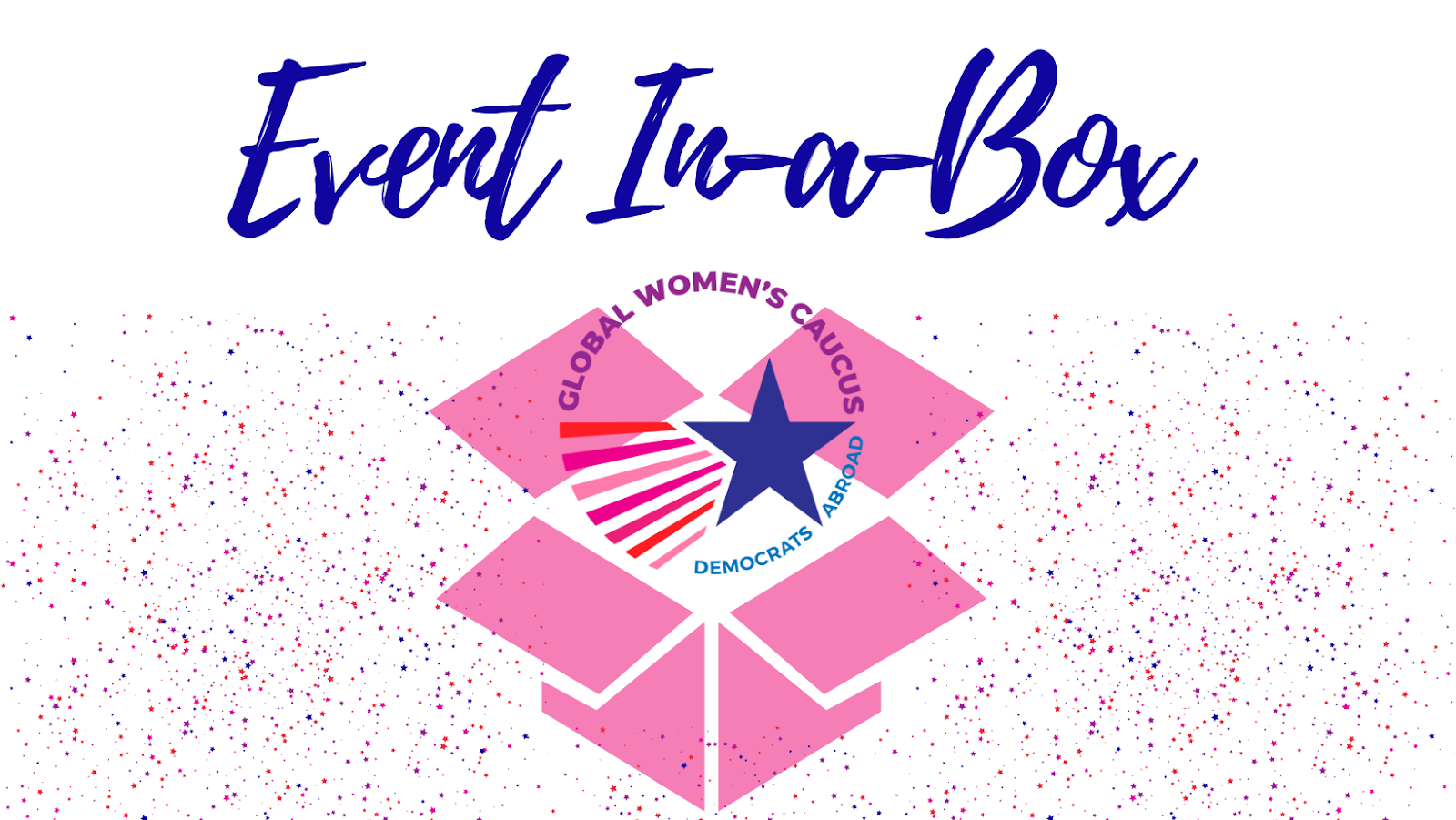 Join us for a special Women’s History Month Pub Quiz

(Your country) vs. The United States: The Race for Women’s Rights

Who won what rights when and where?

We’ll have questions, you provide your best-guess answers! Discuss the ways the struggle for the rights of women vary from the U.S. to the country where you currently live.

Prior to Meeting Preparation:  Choose 1 - 3 moderators to do a quick search on the facts for your country to match the U.S. information provided. This information should facilitate a conversation to compare countries, and add to a broader analysis.

Question #1  Many women in the U.S. won the right to vote in 1920 (however, depending on state of residence,  many women were not permitted to vote until long after that - with the Civil Rights Act of 1965).

When did women in Finland win the right to vote?  Answer: 1906

Meeting Format: meeting vs. webinar - allow for one hour but length depends upon the engagement/participation of the audience in conversation.

Conclusion: Thank everyone for participating, and encourage them to become members of the Women's Caucus.

Question #2 The Married Women's Property Act was enacted in New York State on April 7, 1848  It gave women the right to own property.  It took until 1900 for the rest of the country to catch up. Previously, vestiges of the English common law rules often applied and, for example, a husband controlled his wife’s property, wages, ability to sign a contract, and even custody of children was given to men.  The decisions about custody of children, specifically, began a steady shift toward mother’s after England’s Parliament, in 1873, passed the “Tender Years Doctrine”

Question #3 As a private institution in 1831, Mississippi College became the first coeducational college in the United States to grant a degree to a woman. In December 1831 it granted degrees to two women, Alice Robinson and Catherine Hall.  It wasn’t until 1972 that Title IX was passed as part of the Educational Amendments of 1972 that the country finally prohibited sex-based discrimination in any school or other educational program that receives federal money.  While most famously known for its enormous impact on women’s sports, Title IX actually had far broader positive impact as well.

When were women in  xxxxxx protected from sex-based discrimination in education?

Question #4 In the United States, women were not guaranteed the right to own a bank account (or credit card, mortgage or business loan) until Ruth Bader Ginsberg argued and won Reed V. Reed which extended the equal protection clause of the 14th Amendment to women.  When were these rights guaranteed in ?

Question #5 In the United States, birth control was not prohibited, for the most part,until the 1873 Comstock Act. In 1965, Griswold v. Connecticut finally allowed the use of birth control by married couples. Eisenstadt v. Baird (1972_ expanded the right to  use birth control to all Americans.  When were citizens of  XXXX allowed to use birth control?

Question #6 By 1916, the U.S. led the world in number of divorces.[11] In populous New York State, where adultery was the easiest grounds for divorce, attorneys would provide a divorce package of a prostitute and a photographer.[12] Women in many states were not allowed to obtain a divorce until in 1937, with the Matrimonial Causes Act of that year.

This act, following almost three decades of political pressure, allowed women to petition for divorce on the same terms of men for the first time. The law, however, retained the requirement for adultery, cruelty or desertion to be demonstrated. The courts also made minimal financial provision, up to around 1/3 of the assets, and this was often dependent upon who was at fault for the breakdown of the marriage. Indeed, in one case maintenance payments to an adulterous wife were justified only because the judge feared that in the absence of financial support she would become a prostitute.  As a side note: Attorneys and judges of that time seemed to often have prostitution on their minds.

Question #8 Until passage of the Pregnancy Discrimination Act of 1978,  women could be fired from their jobs simply for being pregnant.   This provided many businesses with a way to avoid paying healthcare costs or dealing with the costs or effort to hire temporary replacements.  In some cases, the “concern” had simply to do with appearances.

When was this right protected for women in XXXX?