Special Elections to Fill the Vacancy for DAGR Vice-Chair

DAGR is holding a Special Election from December 18th until January 7th 2020 to fill the vacancy on the Executive Committee of Vice-Chair. Following the death of Country Chair, Steve Medeiros on November 7th, Stacey Harris-Papaioannou, succeeded as Chair as per DAGR bylaws. That in turn created a vacancy in the position of Vice Chair. In compliance with the regulations that Chair and Vice-Chair must be sexual opposites, only males were eligible as candidates.

As of the close of nominations on December 15th the two candidates for Country Vice-Chair are:

The candidates for the position of VICE CHAIR DAGR are:

The two candidates have prepared statements concerning their candidacy: 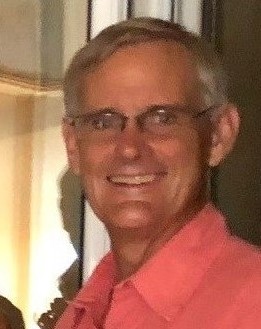 I appreciate the confidence shown me through this nomination to fill in as Vice Chair of Democrats Abroad Greece. Steve Medeiros accepted the post of Chair out of an admirable sense of loyalty to the American citizen community of Greece. He understood, as we did not, how little time was left to him, but he also understood the urgency of the political crisis in Washington and the need for volunteers to step forward. With such an example I could not decently turn down the request for help.

I am a writer and researcher living in Athens, and the former head of the Political Section of the U.S. Embassy in Athens. My experience in Greece dates back to 1979, when I studied at the American School of Classical Studies in Athens. My current project is a free classics/archaeology app called ToposText.

I have been active since 2004 in helping mobilize the American community in Athens in support of Democratic candidates and other worthy causes. During the 2008 elections I maintained the DA membership database; I served 2010-2013 as Secretary and have volunteered for various events and programs in recent years, including phone-banking, database upkeep, and the nominating committee.

We owe it to Steve’s memory, as well as to our children and the world as a whole, to mobilize every American vote we can in 2020. If judged worthy of your vote, I pledge to work closely with our new Chair Stacey and the rest of the DAGR board in carrying out a successful Global Primary and Get-Out-the-Vote campaign this fall. Democrats Abroad must remain a vibrant element of the American community in Greece. 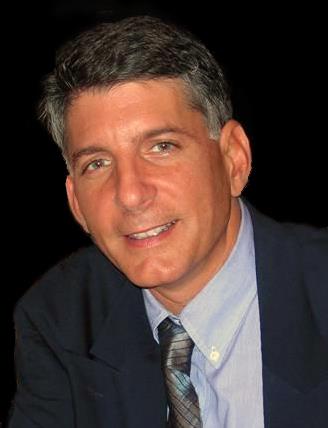 I am George Malamo of Florida, and I am a proud native Floridian from Pensacola. You may recognize my name since I served as Athens Chapter Representative 2017-19 and ran again for “At Large” in January. I was not elected (due to my physical absence), but that’s politics. Unlike my opponent, I have consistently stepped up for a full term DAGR Board position in recent years and in light of Chair Steve Medeiros’ passing, I am volunteering again to serve.

I have been a registered Democrat in Florida since 1978, it was my father’s party so it runs in the family. We both agreed on the same beliefs of the Democratic Party such as strong economic security for everyone, no one should be homeless, hungry, abused, or neglected, fair tax systems, equal rights, the free enterprise system for the working/middle class, among many more. These beliefs would probably define me as a moderate Democrat, definitely not a fire-breathing progressive. It doesn’t hurt to have a few moderate Floridians on the DAGR Board as the country’s third-largest state in population terms remains a critical electoral battleground, if not the most critical state.
Currently, I’m serving for a third consecutive year as the President of AHEPA Chapter Solon HJ04 in Athens, with extensive contacts in the local community and senior leaders as well as Washington, while organizing events for Greek-American relations, working closely with the educational sector, and supporting the social solidarity of the Attiki region in health, welfare, and gender equality.
My Greek is near-native fluency, which will be invaluable as we fight to win hearts and minds in the Greek-American community here, especially in the sizeable group of Greek Americans who inexplicably lean towards President Trump. If needed I can comfortably handle election-year media outreach in the community, although that is not my purpose for running.
I am an engineer by training which I think would complement the wide array of skills and experience of the non-technical professionals already serving on the DAGR Executive Committee. I prefer focused resource management and people that know me can confirm that I am not afraid to speak up. We all know that DAGR’s financial resources have been tapped out since we started operating an expensive formal Edra in central Athens back in 2016, and I think DAGR desperately needs tighter financial management if we are ever to move ahead. I have ideas that will cut costs without limiting our projects and programs. If elected I will work to keep spending to the minimum on vanity projects and lower-priority activities so that we can keep our eye on the ball, that is electing democrats in 2020.

I hope you will consider voting for me so we can do all that is possible here in DAGR to try to move our homeland forward in 2020.

Only members of Democrats Abroad Greece are eligible to cast ballots for this election.  If you have not received the electronic link to the ballot or the pdf ballot, please contact [email protected].

The DEADLINE for mailing postal ballots is Thursday, January 2, 2020.

If you encounter difficulties with the electronic link, please request the Special Election Ballot from: [email protected].

• Please print the PDF, fill it out, sign it, scan or photograph the ballot. Send it as an email attachment to: [email protected]

• If you prefer to mail the ballot, please post it by January 2nd, 2020 so that it has reached the office by Tuesday, January 7th. Send it to:

The Special Election Meeting to tally the votes and announce the winner will be on Wednesday, January 8, 2020 on WebEx at 7 pm. The link to the meeting will be sent out January 7th.

Thank you in advance for making the time to vote!