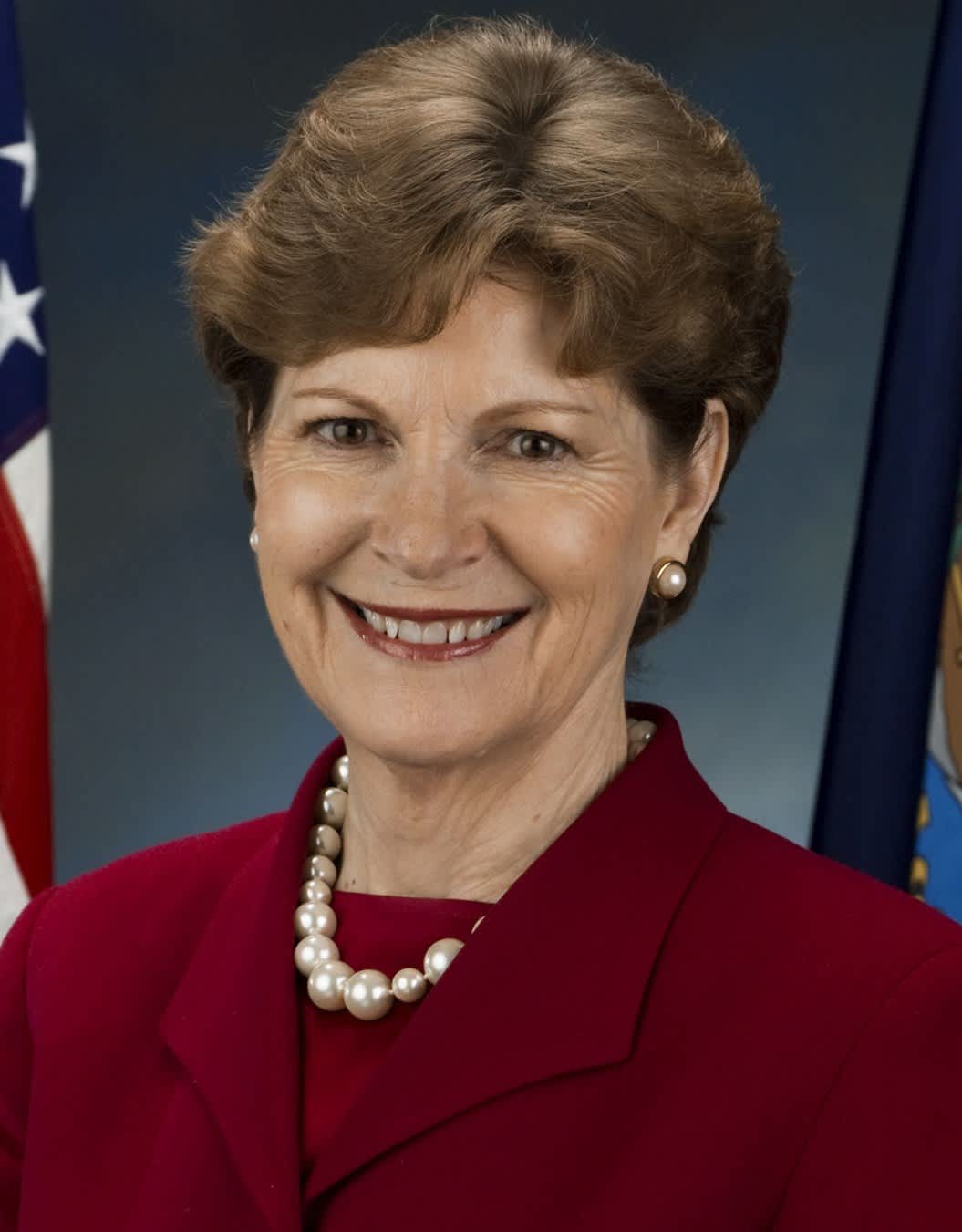 In our latest entry into the “Women to Win” series, we’re proud to feature Senator Jeanne Shaheen, who is currently running for her third term as a U.S Senator representing New Hampshire! Though she was born in St. Charles, Missouri, Jeanne Shaheen has lived in New Hampshire since 1973, where she started out as a schoolteacher and ran a small business alongside her husband. She kickstarted what would become a very successful political career by working on several high-profile Democratic campaigns, including Jimmy Carter’s 1976 presidential campaign. She ran for office herself for the first time in 1990, when she was elected to the New Hampshire State Senate.

Over the course of her political career, Jeanne has become known for her hard work, her ability to reach across the aisle, and her outstanding constituent services - when Senate is in session, she holds a weekly ‘Coffee With Jeanne,’ where New Hampshire residents “can join her and her staff for coffee and conversation about the issues that matter most to them.”

Jeanne was elected to the U.S Senate in 2008, beating out the incumbent Senator, John E. Sununu, whom she had lost to in the previous election. She has served as a U.S Senator for the state of New Hampshire since 2009, where she is currently a member of the Senate Committees on Armed Services, Foreign Relations, Appropriations, Small Business and Entrepreneurship and the Select Committee on Ethics, and is seeking to be elected for her third term in November.

EDUCATION: Having spent much of her early career as a schoolteacher, Jeanne fundamentally understands the challenges faced by teachers in a time where funding for public education isn’t being treated as a priority. Jeanne has consistently fought for strengthening public education; as Governor of New Hampshire, she expanded the state’s public kindergarten program and provided additional funding for special education. In the Senate she has fought for expanding public loan forgiveness and creating grant programs for extracurricular educational programs.

SMALL BUSINESS: Not only is Jeanne a former small business owner herself, but she represents a state where 96% of employers are small businesses. As a member of the Senate’s Small Business Committee, Jeanne has crafted legislation designed to help these businesses navigate the innate challenges they face, especially in difficult economic times. And, given the current economic difficulties we’re facing due to the ongoing COVID-19 crisis, Jeanne’s experience in helping small businesses get through these tough times could prove invaluable in the coming months.

HEALTHCARE: Senator Shaheen voted to pass the Affordable Care Act back in 2009, and while that bill was an important first step in improving our health care system, she also recognizes that we still have a long way to go, a fact that the COVID-19 crisis has only made more apparent. As she represents a state where the opioid epidemic has become a public health crisis, Senator Shaheen knows that expanding access to care while lowering costs is vital to fighting this epidemic (a fight she has made her “number one priority in Congress”). During her time in the Senate, she has consistently championed women’s rights and reproductive justice, by working to broaden the Violence Against Women Act, authoring the 2016 Sexual Assault Survivor’s Rights Act, and continuously using her voice in Congress to speak up in support of reproductive rights, openly condemning attempts to weaken or overturn Roe v. Wade.

ENERGY & ENVIRONMENT: During her time as a U.S Senator, Jeanne has led the charge on national energy efficiency policies. New Hampshire has among the nation’s lowest energy consumption per capita, and Senator Shaheen has taken New Hampshire’s success in this area to the national stage with her 2013 co-author bill, the Energy Savings and Industrial Competitiveness Act, which allowed businesses and homeowners easier access to energy efficiency technology. Now, with the current administration rolling back environmental protections at every turn, Senator Shaheen believes we need to further expand our national energy & environmental policies, in areas such as increasing the use of alternative energy, reducing reliance on fossil fuels, and tackling carbon pollution.

As one of only a dozen Democratic U.S Senators up for election in November, holding Senator Shaheen’s office is vital to ensuring that we are able to flip the Senate in November. Moreover, Senator Shaheen’s track record speaks for itself - her long-running political career has shown her to be a hard-working public servant who is dedicated to doing what’s best for both the state of New Hampshire and the U.S at large. Her experience as a third-term Senator will likely prove valuable to working both within the party and across the aisle to pass common-sense legislation that will increase access to quality healthcare, retain and expand women’s rights, fight climate change, strengthen public education, and overall improve the lives of all Americans.

Get involved with supporting Jeanne! Visit her website and follow her on social media for the most up-to-date information on the campaign:

New Hampshire residents can learn more about how to register to vote from abroad here and request an absentee ballot here.