Voting in the Global Presidential Primary finished on March 8th, but the work isn't done for the tens of volunteers
around the globe doing the final vote count.

Democrats Abroad will announce the results of the Global Presidential Primary on Monday, March 21.  While we don't yet know who won, we do know that Americans living outside the U.S. cast more ballots than ever before.

Democrats Abroad volunteers made the record voter turnout possible by running more than 150 in-person voting centers in 38 countries as well as accepting ballots by email, post and fax. 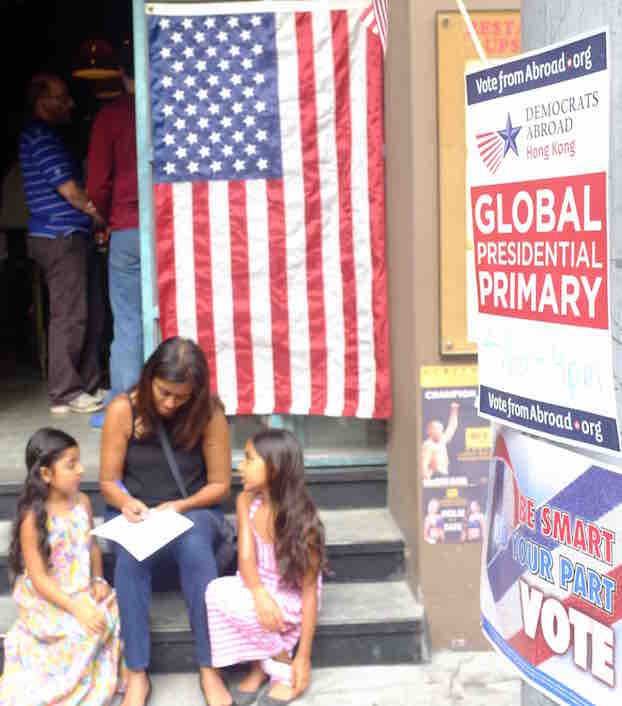 Our unprecedented turnout made Democrats Abroad the first -- and so far only -- 2016 Democratic Presidential Primary to beat turnout from 2008.

The two campaigns have been responding to and driving overseas Democratic enthusiasm by speaking directly to the priorities and perspectives of Americans living outside the US. On February 21st, Senator Bernie Sanders and Secretary Hillary Clinton surrogate, Secretary Madeline Albright held a Global Town Hall with over 2000 overseas voters in 65 countries.

Both campaigns committed to working to alleviate some of the challenges facing the American abroad community as well as ensuring that the global perspectives of Democrats Abroad have a place in national politics.

Democrats Abroad was formed over 50 years ago out of a grassroots effort to give every American abroad the right to vote without having to return to the U.S. on election day.  As an all volunteer "State" Party, we will continue to work to amplify the voice of Americans no matter where in the world they live.