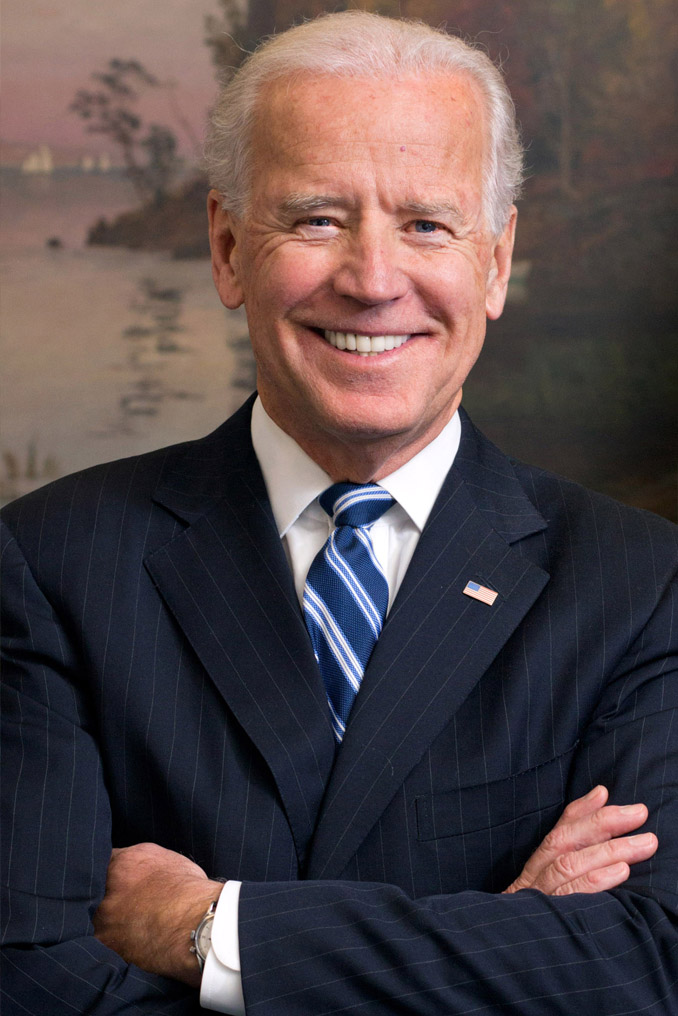 Campaign Statement: Joe Biden was born in Pennsylvania, the first of four siblings. He graduated from the University of Delaware and Syracuse Law School and served on the New Castle County Council. Then, at age 29, he became one of the youngest people ever elected to the U.S. Senate.

Just weeks after the election, tragedy struck when Biden's wife, Neilia, and their one-year-old daughter, Naomi, were killed and their two young sons critically injured in an auto accident. Biden was sworn in to the U.S. Senate at his sons' hospital bedside and began commuting to Washington by train, a practice he maintained throughout his career in the Senate.

In 1977, Vice President Biden married Jill Jacobs. Jill Biden, who holds a Ph.D. in Education, is a life-long educator and currently teaches at a community college in Northern Virginia. In addition to Naomi, Vice President has had three other children – Beau, Hunter, and Ashley.

As a Senator, Joe Biden established himself as a leader in facing some of our nation's most critical challenges. Then-Senator Biden was widely recognized for shaping U.S. foreign policy and addressing criminal justice issues, including the introduction and passage of the landmark Violence Against Women Act.

As Vice President, Joe Biden continued his leadership on issues facing the nation. Biden convened sessions of the President’s Cabinet, led interagency efforts, and worked with Congress in his fight to raise the living standards of middle class Americans, reduce gun violence, address violence against women, and end cancer as we know it.