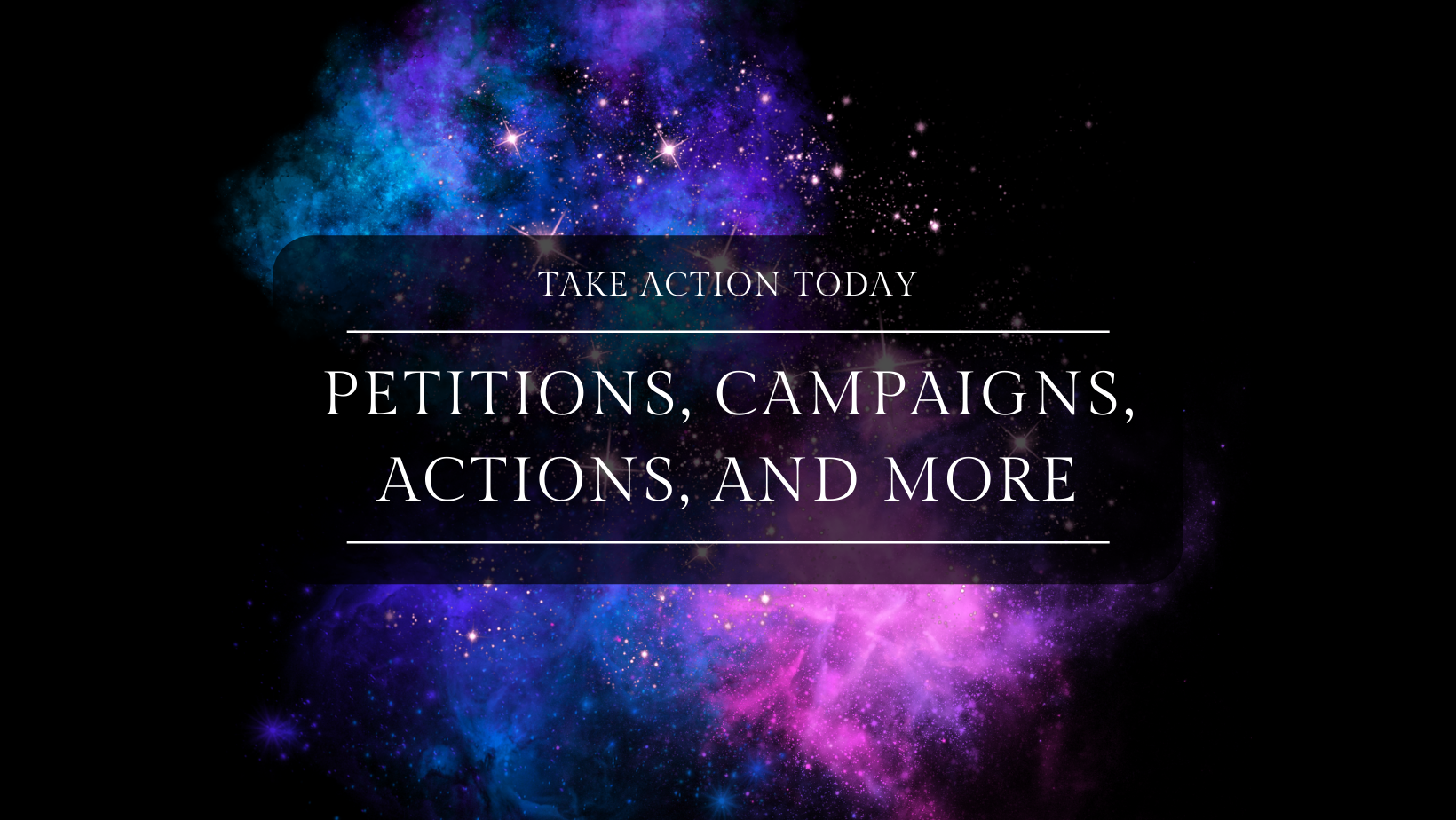 Looking for a way to take action TODAY? We understand! We will add petitions, campaigns, actions, and more to this page, as we become aware of them, so check back frequently!

*The actions in this section are neither organized nor sponsored by DACH. We don't endorse a particular position or platform expressed via these actions. We are sharing them because we believe they may be of interest to our members. As always, please obey all local laws, maintain the proper spirit of peaceful demonstration, and observe any COVID-19 guidelines regarding social distancing and number of people at a gathering. DACH is not responsible for the logistics of any events listed in this section and cannot guarantee that the information we have provided is the most up-to-date information available.