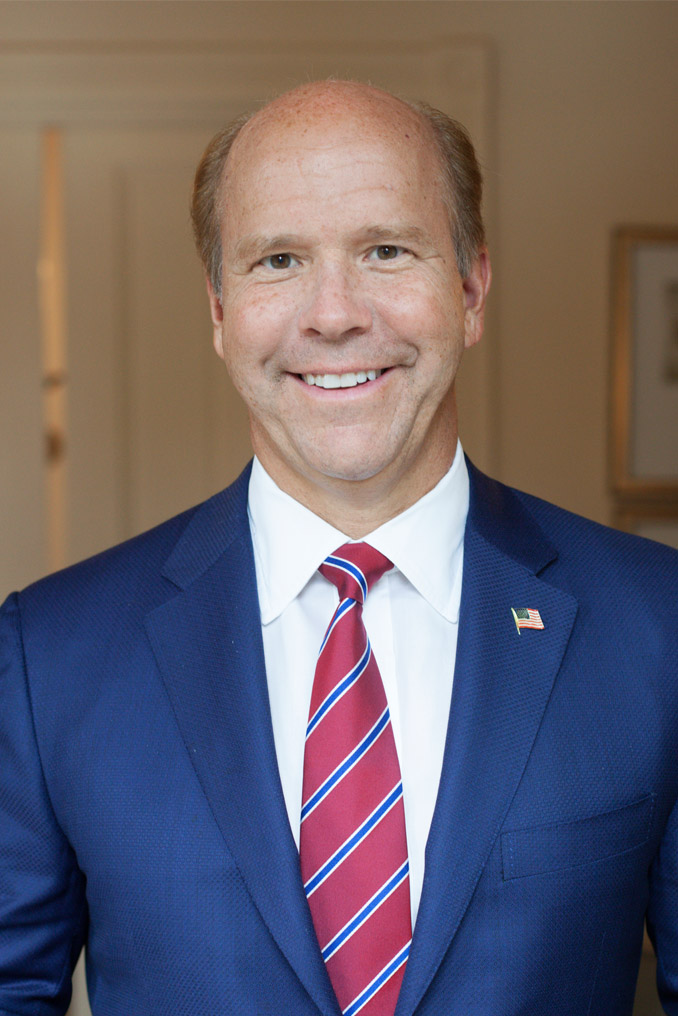 Campaign Statement: Democratic presidential candidate John K. Delaney is a former entrepreneur and member of Congress. The focus of John’s campaign is to bring the country together, end hyper-partisanship and focus on the future.

Delaney grew up in a blue-collar union household in northern New Jersey and his parents did not attend college. Delaney founded and led two-publicly traded companies and represented Maryland’s Sixth District in the House of Representatives from 2013-2019.

Delaney’s businesses were focused on providing capital to small and medium-sized companies, helping thousands of businesses grow. Delaney is a past winner of Ernst & Young’s Entrepreneur of the Year Award and his business received the Bank Enterprise Award from the Obama Administration for investing in economically distressed communities.

In Congress, John was known for his work crafting innovative bipartisan legislation to rebuild America’s infrastructure. In 2017, Delaney was named one of the World’s Greatest Leaders by Fortune Magazine for his efforts. Delaney authored legislation to create a carbon tax, establish access to pre-K nationwide, end gerrymandering, create a national artificial intelligence strategy, study social media’s impact on minors and support veterans. GovTrack identified Delaney as one of the most bipartisan members of Congress. As a member of the House, he founded the AI Caucus, a bipartisan group dedicated to educating policymakers on technology and future of work issues.

John has already campaigned in all 99 Iowa counties and has multiple offices open in Iowa and New Hampshire, with campaign headquarters in Maryland. John and his wife April McClain-Delaney live in Potomac Maryland and have four daughters.