In celebration of Women’s History Month, Democrats Abroad members from around the world joined a lively conversation with Christine Pelosi, Chair of the Women’s Caucus of the California Democratic Party, attorney, author and activist.

In the latest from Democrats Abroad’s Speaker Series, Pelosi praised recent success of the party in increasing female and minority representation up and down the ballot and in the House of Representatives in particular. Thanks to the activism of voters across the US and around the world, “women are not only at the table, they have the gavel.”

With women taking on more roles at all levels of government, and with women’s issues intersecting with the issues that concern all Americans, Pelosi expanded on a range of topics, from advocating for veterans and supporting gun safety measures, to countering corporate PAC money and ways in which Democrats Abroad members can contribute to the party’s efforts from afar. 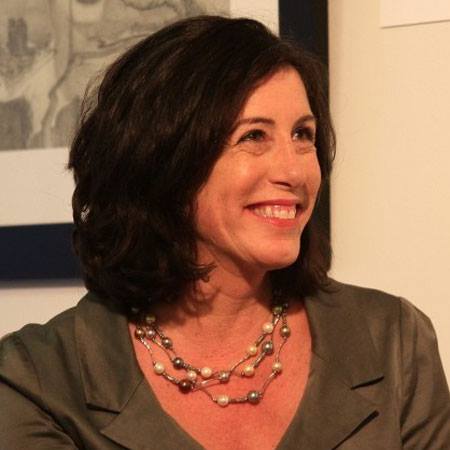 In particular, Pelosi highlighted the role Democrats Abroad members can play in resisting the current administration’s shift away from its allies and democratic values. “Each of you, as members of Democrats Abroad...are our ambassadors to the world in this time,” she said, adding that members can hold not only the administration and elected officials accountable, but also Democratic presidential candidates, as they introduce their platforms and priorities they would undertake if elected.

Pelosi urged members to push candidates on furthering progress toward gender equality by asking candidates questions “online, on the record — commit them to writing down their platform” and to press them on specifics. Practically speaking, voters should not accept “I think we should elect more women” at face value, but should follow up by asking candidates, “What is your plan? What does it look like? What committees will you have headed by women? How will you empower women?”

Speaking more broadly on how Democrats Abroad can stay involved in stateside issues, from pushing to get the Equal Rights Amendment ratified, to fighting for policy reform and legislation that strengthens voting rights, Pelosi reminded Democrats Abroad members that they are a critical part of grassroots efforts, even if an ocean or two away from the United States.

“Talk to legislators, your state party, do a letter writing campaign or a lobby day,” were a few of the actions she noted as ways Americans abroad can get involved.

Importantly, Pelosi also highlighted that this was important regardless of whether someone votes in a blue, red, or purple state. In addition to going after swing voters for the next election and getting Democrats elected in races up and down the ballot, we “have to chase our own base and expand our own electorate amongst Democrats.”

Pelosi emphasized that volunteers “don’t have to be in elected office to make a difference,” referencing her grandmother’s efforts countering corporate special interests as first lady of Baltimore. Ultimately, she said, “the beauty is in the mix —- our diversity is our strength, our community is our power.”

You can view the full discussion online, here.