Voices from our Community - The Rebel Queen 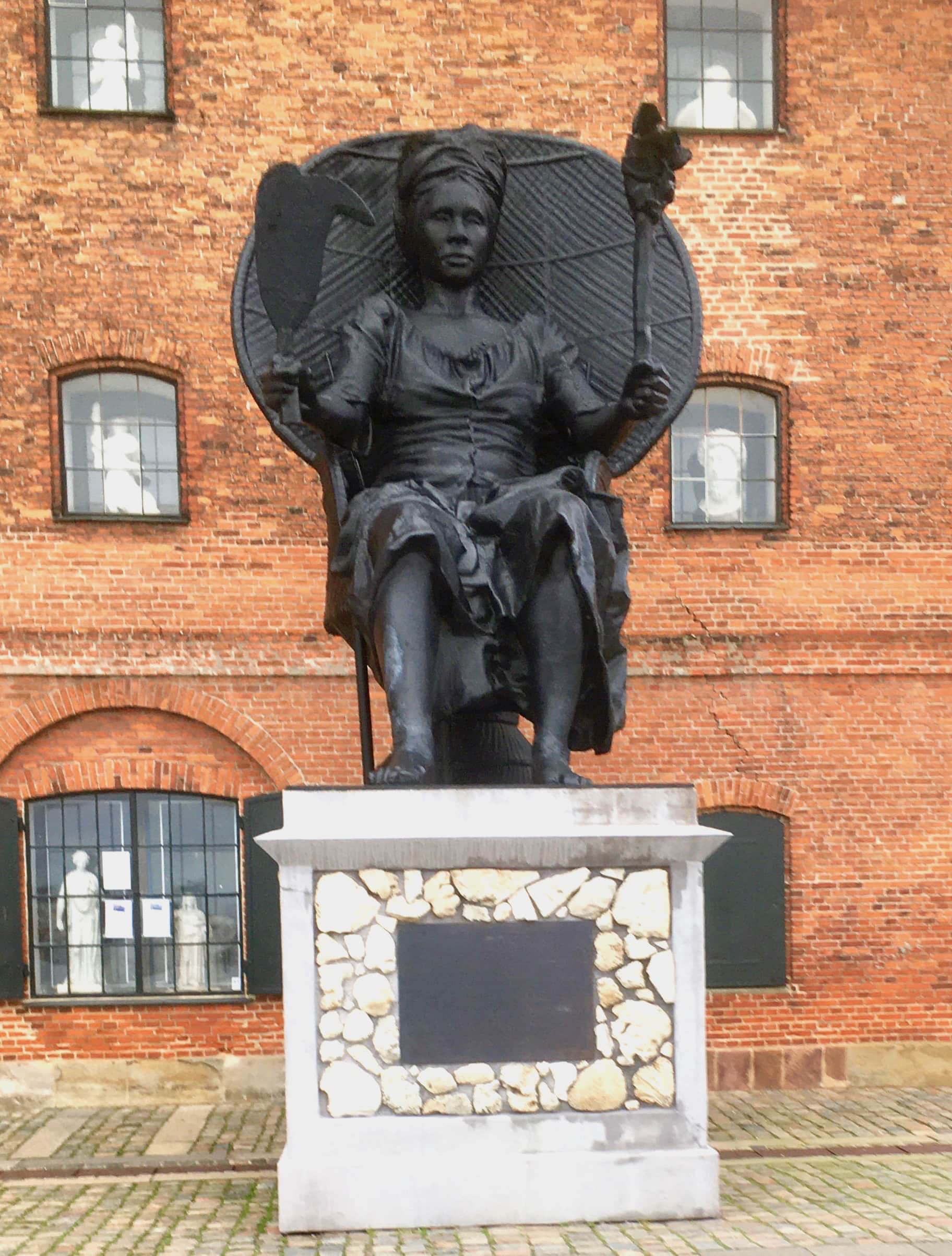 Statues are incarnations of those we choose to honor in our public spaces. They are also testaments to how art breathes life into history. Spurred by the global Black Lives Matter movement, statues in the US that were raised to recast the South’s defeat in the Civil War have now been defaced and removed to protest glorifying that racist past.

Too many countries have tried to hide their role in benefiting from Africa’s exploitation, choosing instead to build statues of those who profited from it, like the one recently thrown into Bristol’s harbor, from where Africans were shipped across the Atlantic to endure centuries of dehumanization. Defacing and toppling statues from their pedestals is one form of protest. Unpacking history and learning from it is another.

A handful of cities have tried to do this quiet yet vital work. Bordeaux, France, for instance, has put up plaques that explain exactly how the slave trade enabled the city to erect its beautiful buildings. France’s second largest port for the slave trade shipped some 150,000 Africans to its then-richest colony of Saint-Domingue. In 1998, Karfa Diallo, a native of Senegal who moved to Bordeaux, founded Memoires & Partages, an association dedicated to never forgetting France’s role in the slave trade. He and others lead city tours that reveal history hiding in plain sight. Thanks to their long-term efforts, that work coming hand-in-hand with protests and demonstrations, now street names are being changed in Bordeaux.

Included in the tour is a statue of Modeste Testas, created by the Haitian sculptor Caymitte Woodly, who recently sculpted a bust of George Floyd. Modeste was an African woman who survived abduction at the age of 14, deportation from her homeland, then slavery and sexual exploitation for decades in Bordeaux and Haiti. When the man who owned her and for whom she bore children died, she was finally freed. Modeste lived to be over 100 years old, and she died in Haiti, the only country in the world borne from a revolution of the enslaved. A statue like this is a rarity. Why is this so?

Amnesia and injustice go hand in hand. It is much easier to ignore history (or avenge it), than to look it squarely in the face. The Fourth of July is known as Independence Day in the US, a celebration marking the fight against the colonial powers of England. This year, in the wake of our global reckoning with racism, our Independence Day should also be a day for reflecting on all people of African descent who fought for their right to be free from slavery and oppression, and who have been deliberately erased from history.

In Copenhagen, Denmark, is an old harbor warehouse that was once filled with sugar and rum for which Black lives were traded. In front of it now stands “I Am Queen Mary.” More than 20 feet tall, a regal Black woman sits on a throne, holding a torch in one hand and a knife for cutting sugar cane in the other. She was inspired by Mary Thomas, who led a slave revolt in the Danish West Indies. It is the only statue of its kind, commemorating a Black female slave who led a fight for freedom. I imagine the Rebel Queen’s words today: “The vote is a powerful weapon we never had. Use it well!”

This breathtaking monument was created by two Black female artists, LaVaughn Belle from the Virgin Islands and Jeannette Ehlers, a Dane with Caribbean roots. When I learned more about I Am Queen Mary, I shared her origin story with my 81-year-old mother. She and my father, who passed away in 2015, were born and raised in Haiti. Our ancestors may well have been shipped from Bordeaux. We will never know because before Haitian independence, only the French ancestry in our family tree was documented; it includes a leader in the American Revolution.

My mother made a vow that one day we would see Queen Mary together. So last December, she traveled from the US for 20 hours to meet me and my husband in Copenhagen. As a chilly winter rain lashed our faces, the three of us made our way gingerly across slippery cobblestones. We were making a pilgrimage to a monument against silence and erasure from history. We were honoring the power of art to shine a light on those hidden in the margins of history. We gazed up at the Rebel Queen as if she held the past, present, and future in her hands.