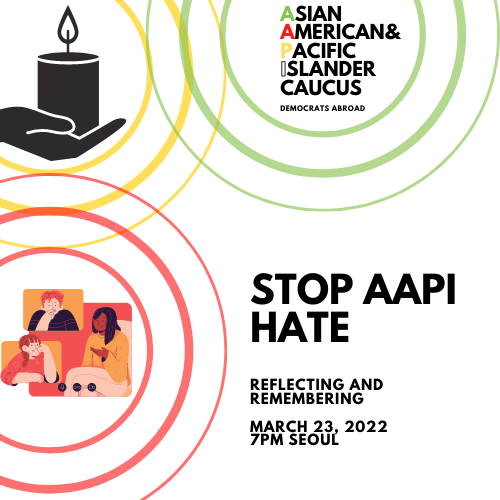 On March 16, 2021, eight people were murdered in Atlanta, Georgia in a mass shooting. Six of the victims were Asian women. Almost a month later, eight people were murdered in Indianapolis, Indiana in another mass shooting. Four of the victims were Sikhs. Prior to these events, anti-AAPI hate was on the rise and unfortunately, these attacks have not stopped.

Join the Democrats Abroad Global AAPI Caucus as we come together to reflect and remember the lives lost over the past year to anti-AAPI hate. We will provide a space for individuals to come together to share their thoughts and emotions, as well as discuss ways to move forward.

This event will also be held at a time convenient for those in the EMEA/Americas region. You can RSVP for that event here.