The Berlin Chapter of DA Germany had an exceptional treat this week. Both Former Maryland Governor Martin O’Malley and former Hillary Clinton Campaign Manager Robby Mook were in town for an international conference, and agreed to attend a cocktail Q-and-A with local members. The Governor even played the guitar.

A few dozen Democrats gathered to meet the two party stalwarts on March 12, along with DA Germany chair Quaide Williams and Democrats Abroad International Chair Katie Solon, and got the opportunity to hear them speak about the 2016 election and the future of the party, and to ask (sometimes difficult but always polite) questions.

Robby Mook arrived about 30 minutes early to meet and mingle with the DA Berlin committee, and spoke first at the event, recounting some of his experiences in the inner circle of the campaign, including the moment, late in the evening of election day, when the unexpected results started to become clear. Several challenging questions about strategic decisions were posed, and Mook gave direct, honest, and forthright answers about mistakes and miscalculations the campaign had made, and lessons they had learned. 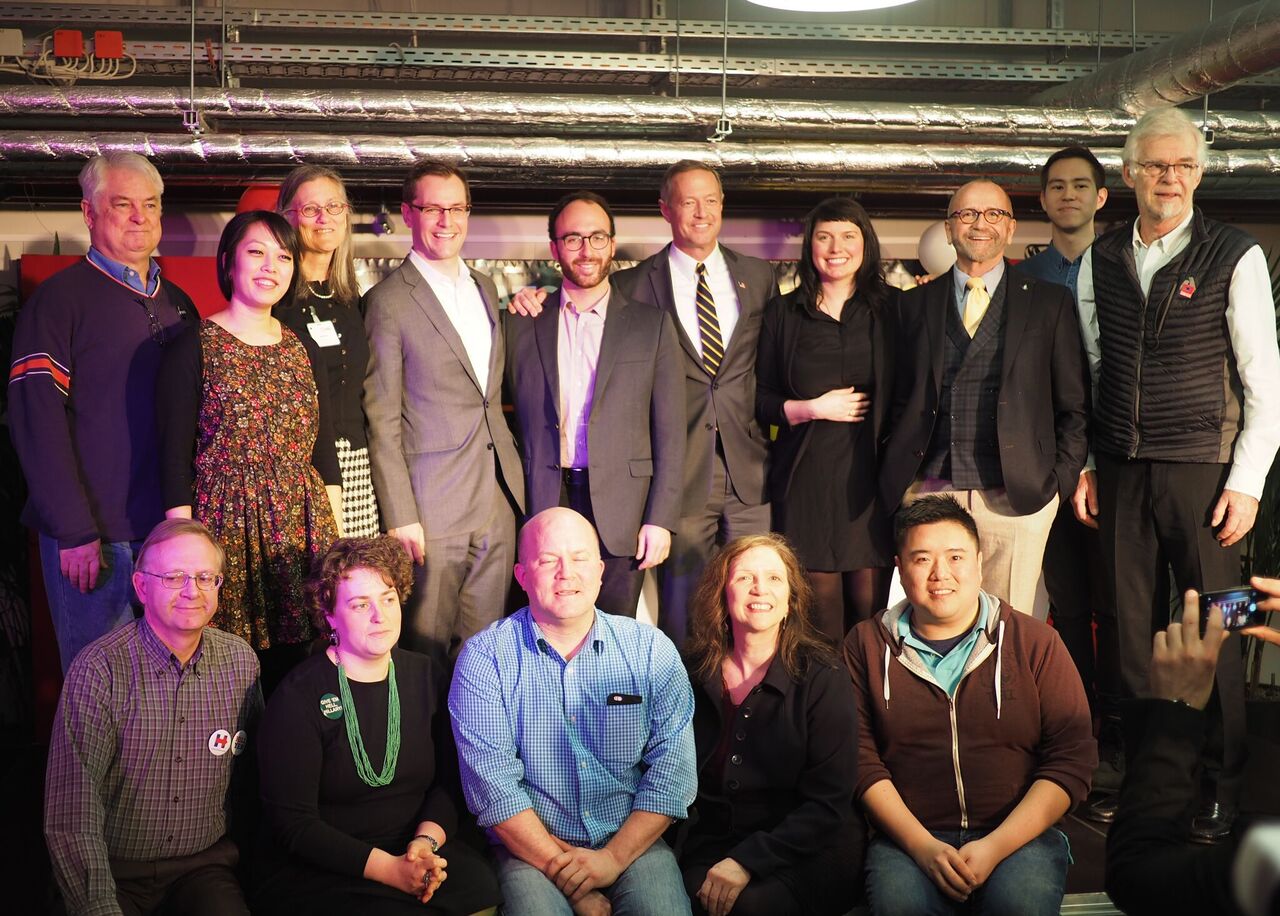 Governor O’Malley took the stage next and discussed his experience as a presidential candidate, joking that he often felt like “a third wheel”. Sounding very much like a potential candidate in 2020, the Governor also talked about his vision for the party, the positions it needs to take, and the principles it needs to defend over the next four years. After taking a few questions, the Governor noticed that someone in the audience had a guitar, and asked how everyone would feel if he played a few songs. To great enthusiasm, the Governor sang a few songs and then led the crowd in a sing-along to the Guthrie classic “This Land is Your Land”.

Though Mook had to leave after his remarks, O’Malley stayed and mingled with members for about an hour, during which many selfies were taken. “Both of them were so personable and engaging,” said Williams, adding that “Robby Mook thanked Democrats Abroad for its hard work in getting out the vote from abroad this year, and recognized the huge uptapped potential that DA represents for the party.” Indeed, the Hillary Clinton campaign was the first in history to have a full-time staffer dedicated to Americans living abroad, but with a wink and a smile, Governor O’Malley suggested that it won’t be the last.

“It was a fantastic evening,” said International Chair Katie Solon, “and another sign that the party is increasingly aware of the importance and potential that its committee abroad represents. The vote from abroad will be more important than ever in 2018 and 2020.” With any luck, perhaps that will mean that more party leaders agree to meet up with local DA committees when travelling abroad.