For once a reprieve (temporary) from bad news

The Kentucky law, which was the worst ever anti-choice law promulgated YET, has been stopped by the Kentucky Courts.

Here is the latest from the Hill.

Please join us in fighting against State legislation that takes away our RIGHTS to choose. Send me an email at [email protected]. 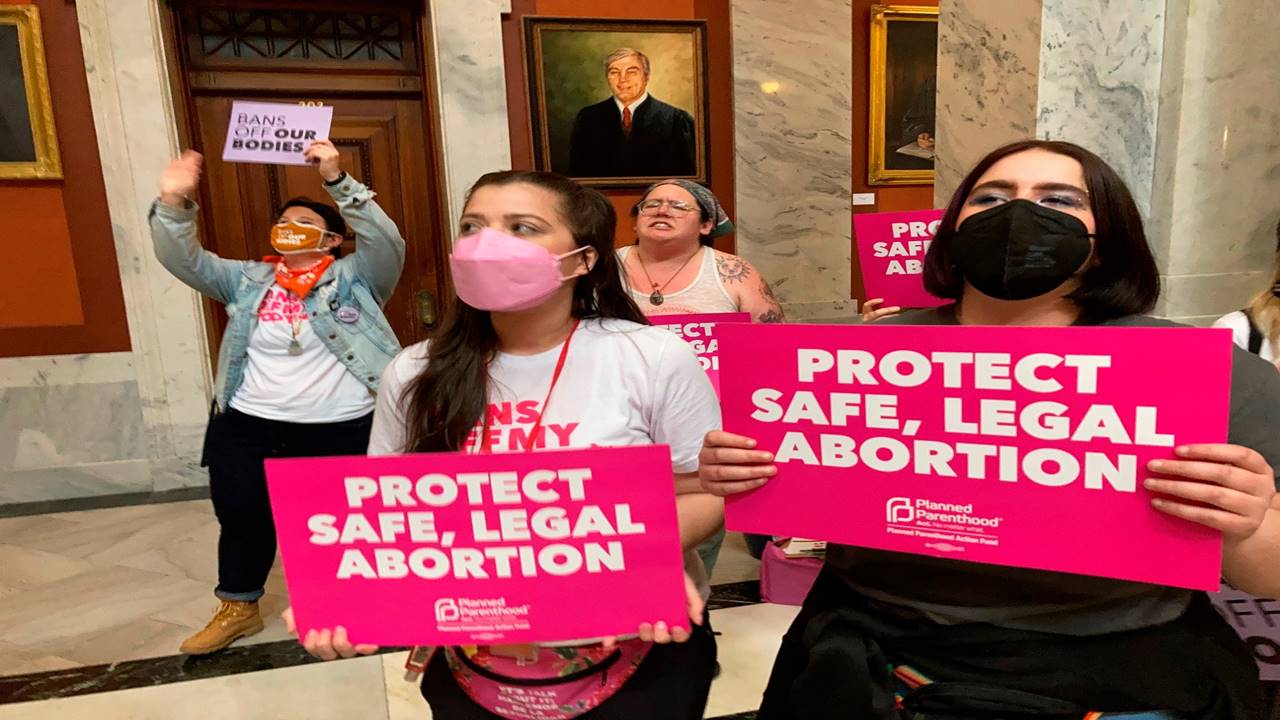 FILE – Abortion-rights supporters chant their objections at the Kentucky Capitol on Wednesday, April 13, 2022, in Frankfort, Ky., as Kentucky lawmakers debate overriding the governor’s veto of an abortion measure. Frustration is building among abortion-rights groups in Kentucky, where a restrictive new law has thrown the state’s only two remaining clinics into limbo. For women seeking abortions, it means traveling elsewhere or waiting for a judge to rule on requests to block the law. AP Photo/Bruce Schreiner, File)

A federal judge on Thursday temporarily blocked a restrictive new abortion law in Kentucky, handing a win to abortion providers challenging the measure.

It took effect after the state’s GOP-held legislature overrode a veto from the Democratic governor.

The judge scheduled her temporary order to expire in two weeks, absent new developments in the litigation, and said she expects to hold a hearing during that timeframe.

The Kentucky law, known as H.B. 3, created dozens of new requirements for abortion providers, including regulations on medical abortion, additional patient reporting requirements, and provisions dealing with the cremation or interment of fetal remains.

Planned Parenthood, in a legal challenge filed last week, argued that the law amounted to “a de facto ban on all forms of legal abortion” by imposing strict requirements that make it too challenging to perform the procedure.

What’s more, they argued, because the law was rushed into taking effect before Kentucky officials put key procedural requirements in place, it would be impossible for abortion providers to comply with the law at the present time.

Jennings appeared receptive to that argument.

“If Plaintiff cannot comply with HB3 and must cease providing certain medical services until the Cabinet promulgates a means of compliance, then this disruption to medical services will no doubt interrupt the continuity of care for Plaintiff’s patients,” she wrote. “As a result, a temporary restraining order serves public policy.”

The judge also said the law, in its current state, likely violated longstanding Supreme Court precedent recognizing a woman’s right to abortion access prior to fetal viability, around 24 weeks.

Kentucky Gov. Andy Beshear’s (D) veto of the bill earlier this month was overridden last week by the Republican-controlled Kentucky House and Senate.