Democrats Abroad is truly an international organization. Active members who keep it alive, like DNC member Gary Suwannarat, work tirelessly because they recognize the wide-reaching impact of US policies and understand the power of each and every vote. 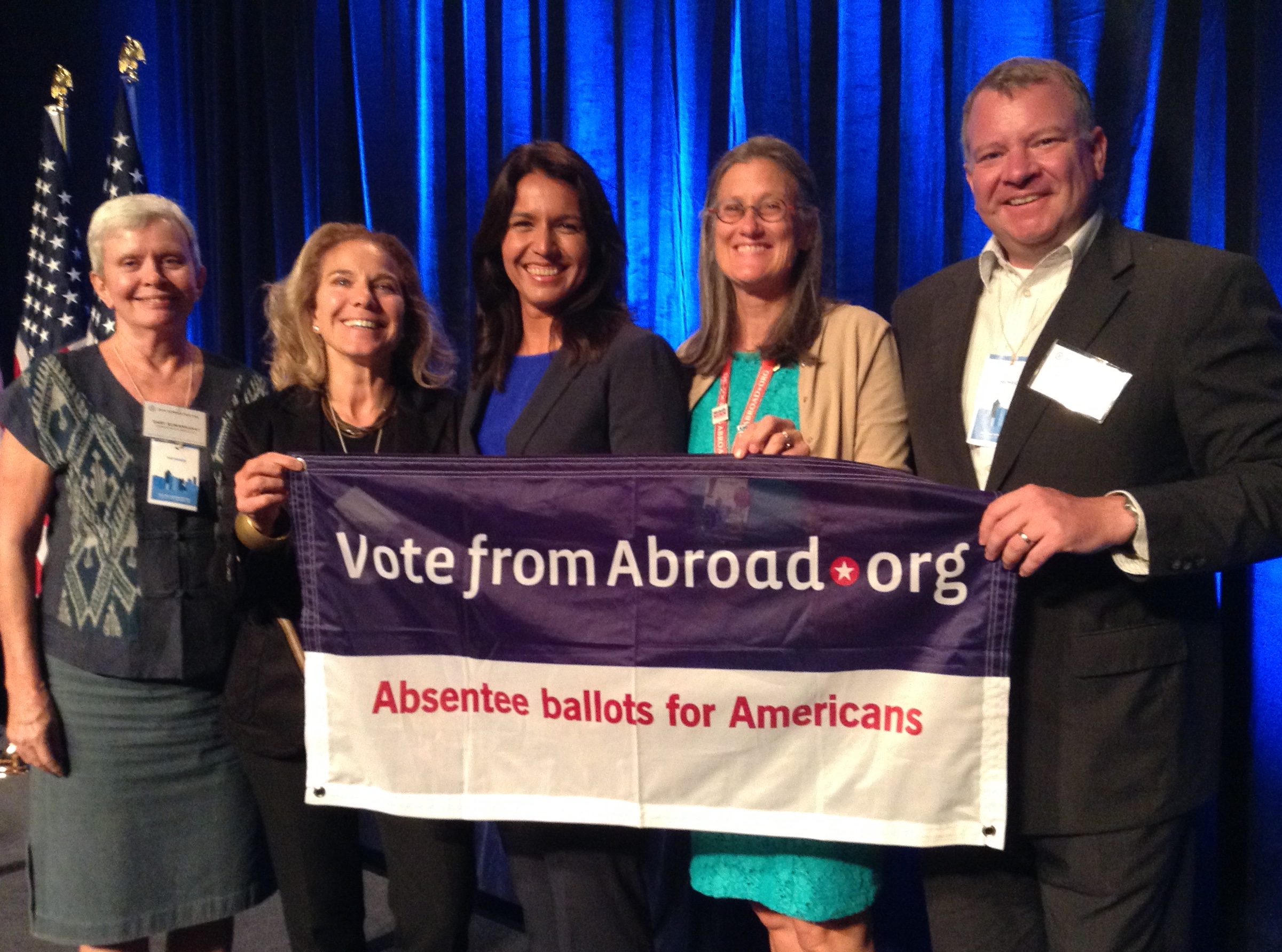 (Gary Suwannarat, all the way on the left, is joined by fellow DNC members Caitlin Craft-Buchman and John Eastwood, and International Chair Katie Solon, reminding Americans overseas to Vote From Abroad)

Raised by active FDR-style liberal Democrats in a Republican-dominated Colorado district, Gary jokes that her political involvement is likely a “genetic inheritance.” Her appetite for affecting change led her to work in international development throughout southeast Asia, landing her in Thailand where she helped to revive a Democrats Abroad branch in 2003.  Now retired, she has represented our organization within the Democratic National Committee since 2012.

Throwing yourself into the game of US politics from such a distance might seem like a curious choice to many Americans back home. Gary even recalls hearing a fellow HIV/AIDS advocate in Thailand admit that he didn’t see the point in getting involved. Sure, as citizens, they were both subject to vexing financial laws, but was it really worth it to put in hours for the Democratic Party on the other side of the world? Gary replied, “Look, everything the US decides on HIV/AIDS policies influences what we can do in the developing world on these issues. The same Republicans who restrict access to contraception in the US are the ones also dictating whether or not condoms can be provided by humanitarian programs abroad.” Witnessing the weight of Washington’s policies outside of America pushes her further in supporting the party she believes in.

And it’s precisely the space created by living abroad that feeds her dedication to domestic issues like social justice. “Being a Democrat means providing a fair deal to the ordinary person,” she argues. “America—the wealthiest country in the world—still needs to address underlying structural issues of entrenched poverty. Of course it doesn’t directly hit us living abroad, but, when we go back to visit, it is all the more startling.” As a delegate to the upcoming convention in Philadelphia, she looks forward to lending her vote to Senator Bernie Sanders, who has kept wealth inequality at the front and center of his presidential campaign.

Gary views Sanders as the best contender in a match up with Donald Trump and feels that the passion surrounding his candidacy is only proof that Democrats should take steps to open its primary system to those who aren’t card-carrying members. His prior years as an independent shouldn’t overshadow the actions and positions that have defined his career. She specifically cites his past efforts to raise money for Congressional Democrats and his voting record, which is more in line with our platform than some longtime Democrats.

Whatever your reason abroad, don’t forget that your vote counts. Join Democrats Abroad today to make sure expats have a voice in Washington and that it is heard loud and clear.