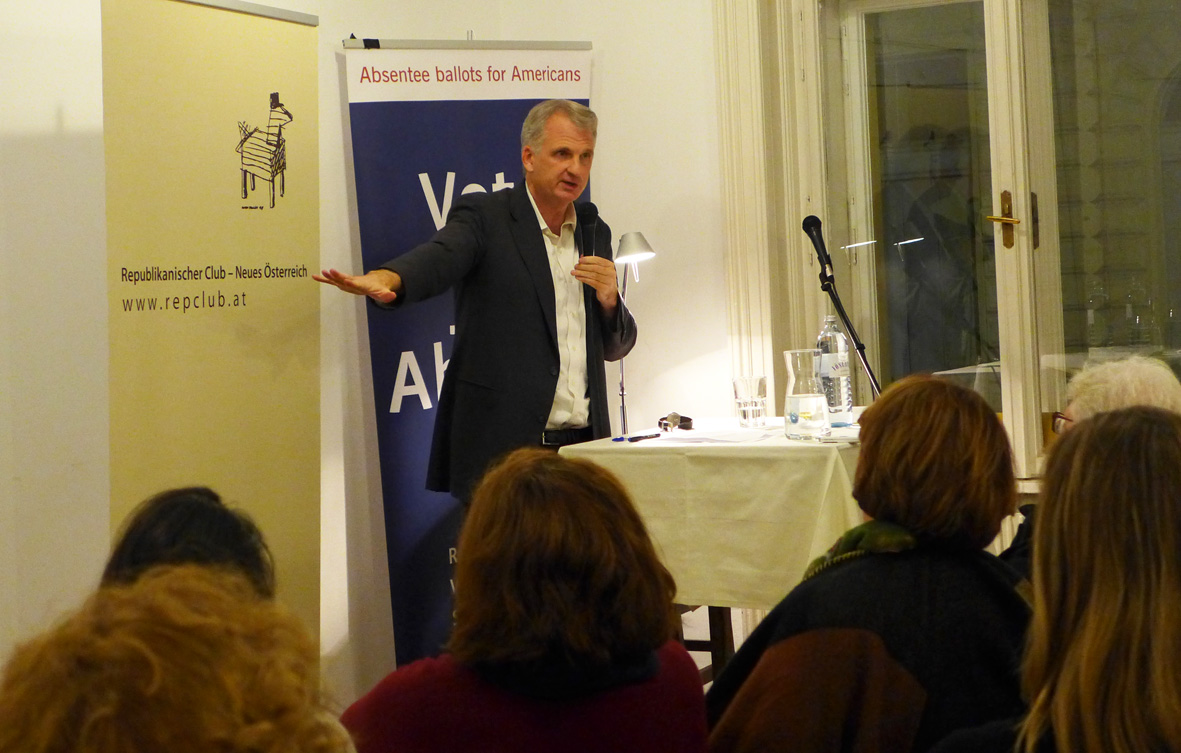 What’s going on? Snyder posited that the current unpredictability – Trump, Brexit, the Polish government’s fictions – multiply faster than we can keep up and are causing us to lose our sense of time. Journalists are of course more important than ever as they are in the position to produce facts and therefore reinforce not only a past, but also a future. Without a past, we don’t feel the future. Without history we’re in an eternal present with events looping over and over again. The competing notions of time eternalin present day Russia and time inevitablein Europe is the conflict that manifests itself in Russian interference in European and American elections, the war in Ukraine and the destabilization of Syria.

What to do? Regardless how November 6th turns out, activism is key. To win in the long run we must address issues of economic inequality; we need to fill the public space with facts – not just point out the lies; we need to discuss and debate issues in the real world – not online or in social media – and support local news organizations which cannot be targeted by widespread bot campaigns.

The Road to Unfreedom is required reading for anyone interested in Professor Snyder’s central question: How did we get here?