It's All About Voter Turnout

In 2010 I was lucky enough to be on one of the Huffington Post buses to go to the John Stewart rally in Washington DC. This event was shortly before the midterm elections that year.  As I asked the young people on the bus line around me if they were all voting on the following Tuesday, I received many excuses as to why they weren’t - they were studying in NY from another state, they had to work that day, they had just moved to NY, etc..  I knew right then and there that we were going to lose the midterm elections. When Obama came out and said that we got shellacked in the midterm elections, I took his word for it. BUT (years later it was clear) we didn’t! According to a pew research poll, only 37% of the voting age population came out and voted. 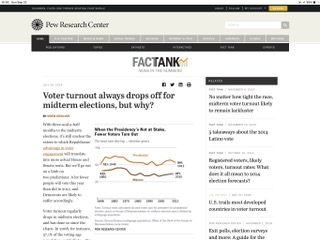 I think Obama handled this poorly at the time. Imagine if he had come out and said the following, “The Republicans are going to tell you that we got shellacked in these midterm elections. Don’t you believe them. Only 37% of you showed up to vote! Where were the rest of you? I thought you had my back! Folks, democracy can’t survive on 63% of you not showing up and participating in this process!” Then, maybe voters would have been aware of how few people vote and how important voting is, especially in the midterm elections. Maybe voter apathy could have been avoided in 2016. (You can’t fight what you’re not aware of.)

We can contact every Democrat on the planet in a GOTV campaign but if they don’t show up to vote, our efforts are useless.

Here are more statistics where it’s all about voter TURNOUT - 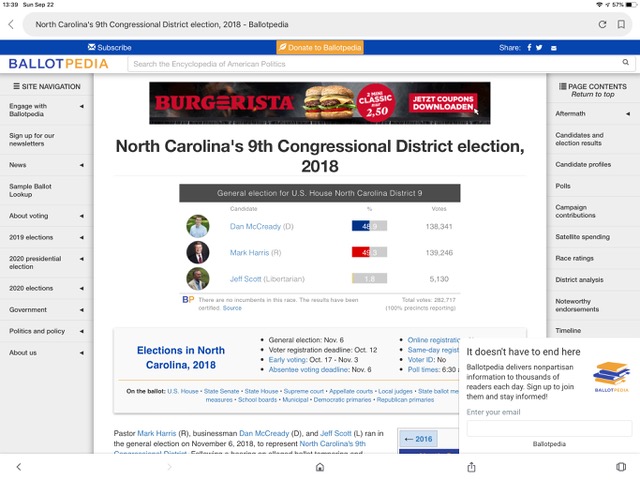 Almost 100,000 vote difference in the number of voters who turned out to vote in the special election.  If McCready had only received the same number of votes as in 2018, he would have won. 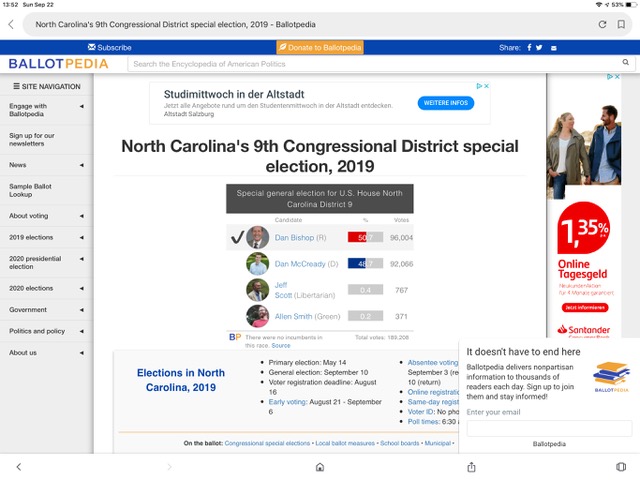 We can contact every Democrat on the planet in a GOTV campaign but if they don’t show up to vote, our efforts are useless. We need to do a better job of educating voters in the following ways: