Justice - an On Ramp

Cannabis Legislation: Another important, if undercovered, issue on the ballot this year is Cannabis legalization. Being arrested for the crime of simple possession is one of the biggest on-ramps to prison for many, which is precisely why the USA has such a large and vast prison population. It’s also an issue that massively and disproportionately impacts people of color, so at many, many levels, cannabis legalization is a justice issue.

In Arkansas, Maryland, Missouri, North Dakota, and South Dakota, voters are being asked whether they support legalizing the recreational use of marijuana for adults. The measure looks likely to pass in three states—Arkansas, Maryland, and Missouri, according to polls. However, the outcome is less certain in the Dakotas.  If the legislation passes, they will join 19 states and the District of Columbia. Marijuana is completely outlawed in just 13 states—with no allowances for medical or recreational use.

Oklahoma voters will also have the chance to vote on marijuana recreational legalization in a special election in March. 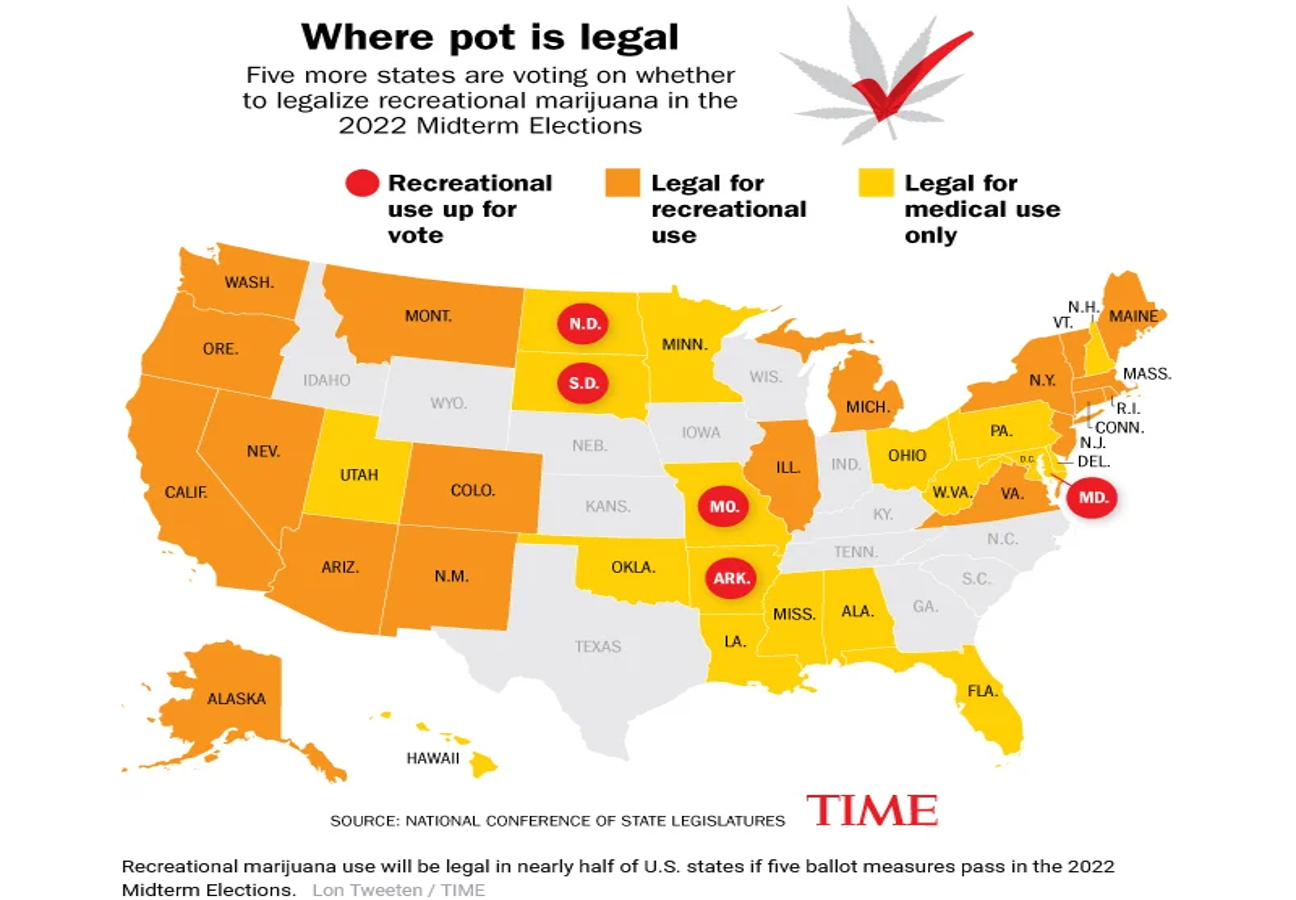