posted by Fred Kuhr |
September 07, 2020
CNN has called Park Cannon “the queer black millennial who plans to shake up Georgia politics.” Following the death of Rep. John Lewis, Cannon was one of the final five candidates chosen to succeed him in the U.S. House of Representative. And at 28, she’s also the youngest member of the Georgia Legislature. 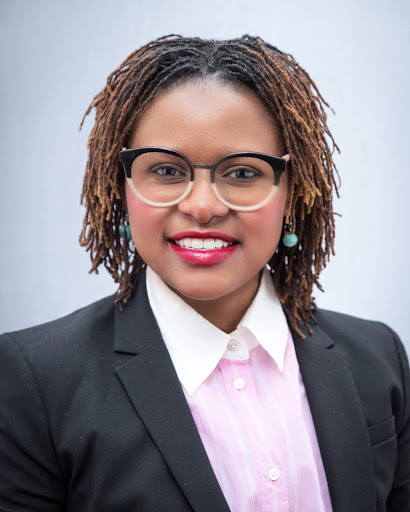 Cannon, a Georgia native, has held the 58th House District seat since 2016 and is up for reelection again this year, when Georgia is an important swing state for races up and down the ballot.

“I ran for this seat because I represent what is lacking at the Capitol. Women are dramatically underrepresented. We make up 54 percent of the state’s population yet are only 23 percent of the elected officials. The statistics involving African-American women are even worse. I have locked hair. I identify as queer. I grew up in a single parent household that was shaped by domestic violence,” says Cannon.

“At 24, when I was elected to the Georgia House, I set out to work on the issues from the inside. I saw that my presence was so necessary. There were only two members from our LGBTQ community in the House. I started to realize that even the tiny resistances we could form as a rainbow caucus were important. The stance of my resistance became clear: when I am in the room, the stories of trans folks, intersex colleagues, two-spirit individuals are in the room — and at the table.”

Cannon calls House Bill 454, a piece of legislation she wrote, “has been one of my most proud moments as an out, queer person in the South.” The legislation calls on the Department of Public Health, through clinic protocol changes, to act on HIV prevention.

“Continuing to do the work of destigmatizing HIV in the Georgia General Assembly is a part of the queering of politics that I'm called to do,” says Cannon. “… Our voices matter.”