Radical change requires radical thinking. As Democrats across the country continue to fight (and vote!) for radical change, it can be inspiring to look to trailblazers who helped forge the path we travel today. One such person is the outspoken feminist writer Jill Johnston. 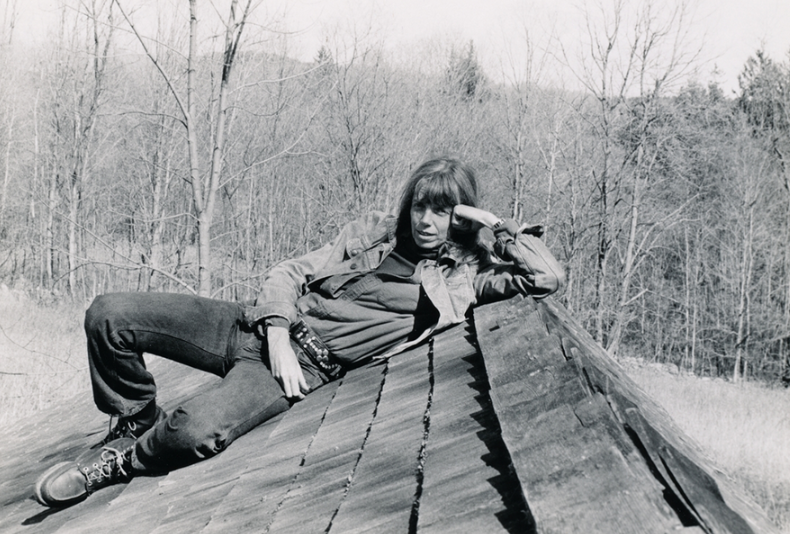 Like her writing style, Johnston was a free-spirited cultural critic and feminist activist. Johnston was born in London in 1929 and raised in the US where she earned a bachelor’s degree from Tufts in 1951 and studied dance at the University of North Carolina, Greensboro. Johnston then moved to New York City, where she became a longtime journalist for The Village Voice, an acclaimed weekly newspaper primarily covering the creative downtown community.

Johnston was initially the paper’s dance critic. However, her column soon became a freewheeling weekly diary recounting her many adventures in the avant-garde art world of 1960s and 1970s New York City. Her writing brought her into contact with many of the great artists of the time — Andy Warhol, Merce Cunningham, John Cage, Robert Rauschenberg, Agnes Martin, and others.

During the 1970s, Johnston began championing the cause of lesbian separatist feminism. In Lesbian Nation, Johnston advocated for a complete break with men and male-dominated capitalist institutions. She defined female relations with the opposite sex as a form of collaboration and betrayal to true female liberation. While Johnston later softened on this vision of feminism, she argued that, “The centrality of the lesbian position to feminist revolution — wildly unrealistic or downright made, as it still seems to most women everywhere — continues to ring true and right.”

Though many may not agree with Johnston on every aspect of her thinking, Johnston’s originality and passion can serve as an example for us all to never accept oppression. She said, “Oppression is a worldwide interfamilial interstate intercontinental interpersonal phenomenon. It is a prime fact of a political structure… oppression is real.” But not all hope is lost. Johnston continues and wisely reminds us that, “An oppressed person becomes beautiful in the presence of a beautiful presence.” Let’s keep this in mind as we head to the polls this November and challenge the status quo in all its oppressive might.