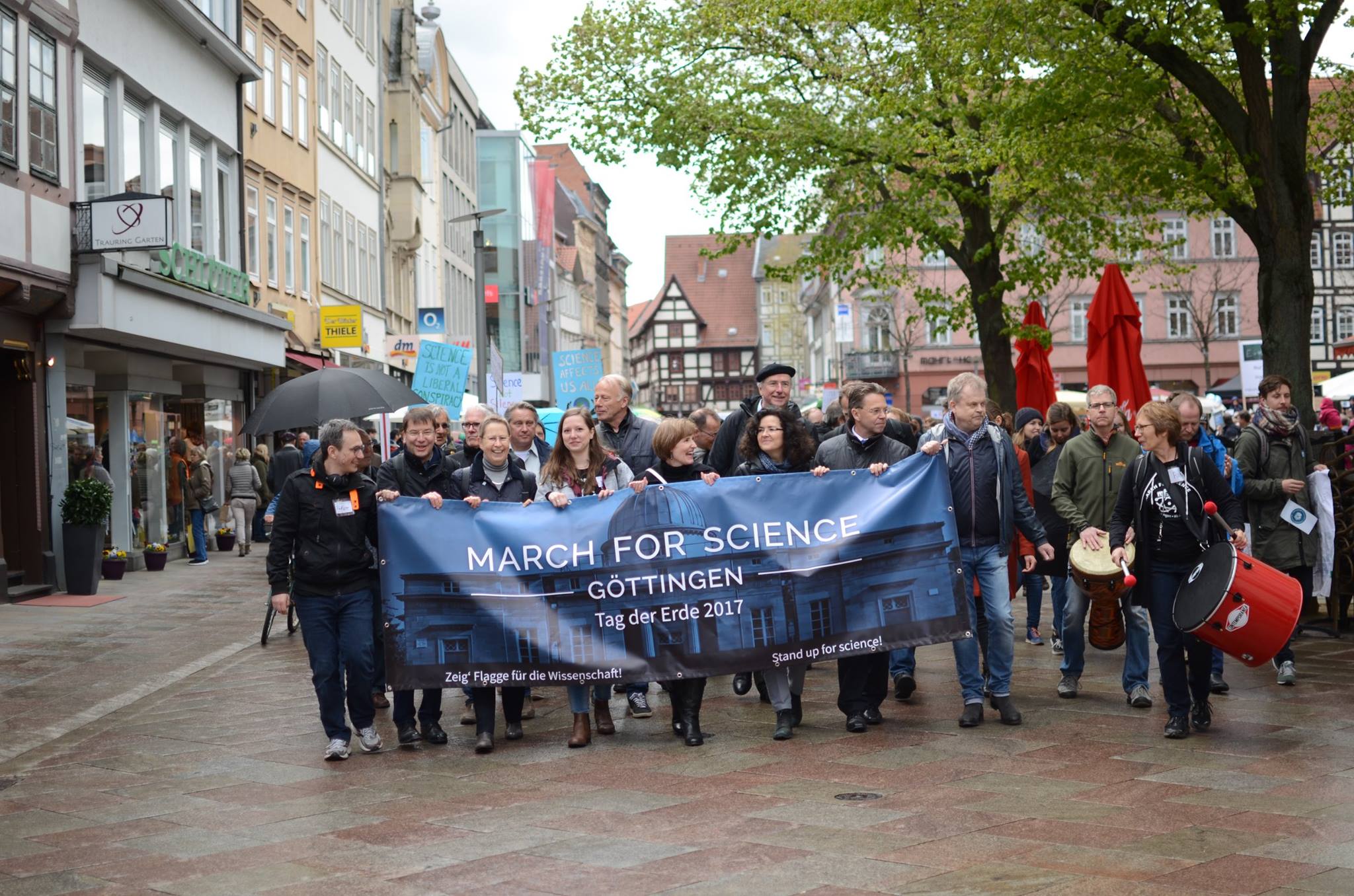 Democrats Abroad members and Americans from around the world laced up their shoes on Saturday, April 22nd, to take part in more than 500 satellite marches at sites across the globe. Marchers from from Belgium, to Chile, to France, Sweden, the United Kingdom and beyond joined in with scientists, science enthusiasts, and other supporters marching in Washington DC and across the US as a demonstration of public support for science and scientific research.

Planned to coincide with Earth Day, the March for Science was intended as a multinational, bi-partisan event to both celebrate and encourage the indispensable role that science plays in global governments, economies, and health.

Democrats Abroad Canada joined the action too, with 20 members from DA-Canada’s Toronto chapter taking part in the March in the city. Nathan K. Lujan, DA-Canada Toronto chapter Co-Vice Chair, and a scientist himself, took part in the March as he felt it was imperative to protect scientific analysis and exploration along with an opportunity to engage with fellow Americans abroad who may feel at odds with the Trump administration’s cuts to federal funding and research and science-based organizations.

“The global scientific community is highly integrated across national boundaries, so cuts to research in one country - especially when that country is the United States - have impacts on researchers around the world,” says Lujan. “Canadian researchers are especially integrated with US researchers, particularly with regard to trans-border issues such as management of the Great Lakes, so there is a lot of local concern about the Trump administrations actions and rhetoric regarding science.”

Lujan says that the atmosphere during the Toronto march was one of joyful camaraderie, with a touch of nerdy humor added through clever signs. Lujan’s observations have been echoed across other marches, where participants gathered peacefully, all united in a common universal mission.

“The issues surrounding the march are part of a global problem dealing with how we communicate accurate information in the internet age, and how we decide what to value and support in our communities,” says Story Sylwester, one of the coordinators for the London March For Science, which had a reported 10,000 participants. “Supporting science and advocating for evidence-based policy is important to all of us, no matter what country we live in, because science is increasingly involved in our everyday lives (phones, computers, medicines, food, etc.), and because, in light of issues like climate change, humans as a species cannot afford to accept or condone anti-science policies.”

Although the March for Science, much like January’s Women’s March, has grown from originally grass roots reactions to the Trump administration and other global concerns, a broader civic and political call to action is emerging for many of the marchers and their supporters across a diverse universal spectrum.